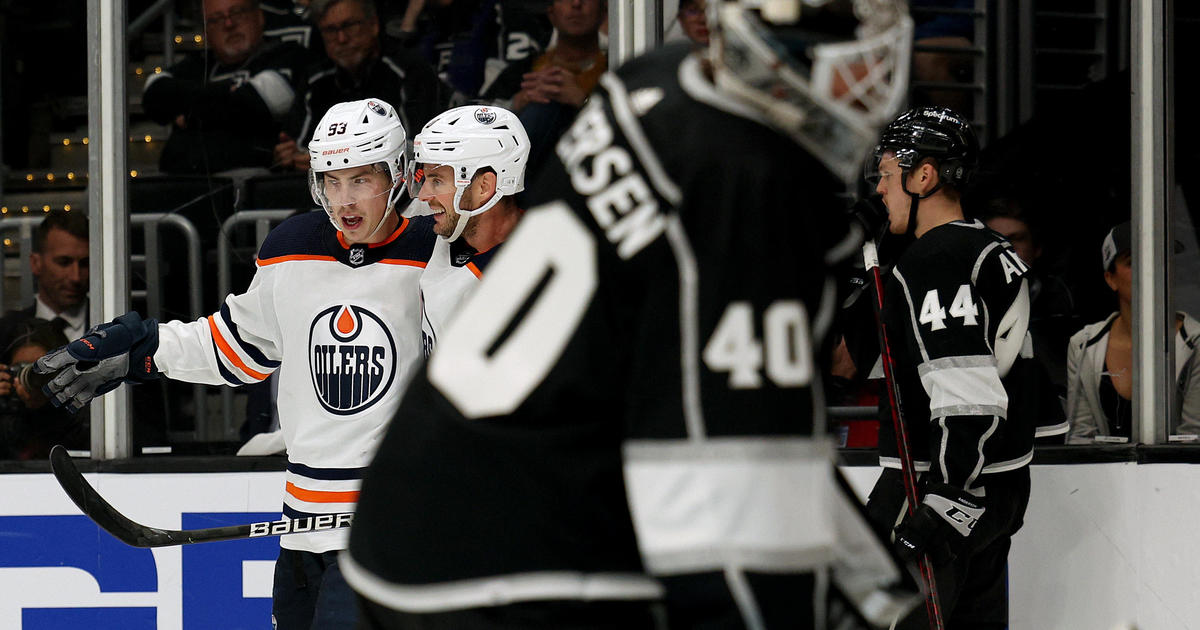 Evander Kane picked up his first hat trick in a Stanley Cup playoff game, Ryan Nugent-Hopkins and Zach Hyman each had two goals, and the Edmonton Oilers dominated the Los Angeles Kings for the second straight game, posting a 8-2 victory in Game 3 of their first-round playoff series Friday night.

Leon Draisaitl had a goal and assist for the Oilers. He is the third Edmonton player in the past 25 years to score in each of the first three games of a postseason, joining McDavid (2020) and Bill Guerin (1998). Cody Ceci had three assists and Mike Smith made 44 saves.

Anze Kopitar had a goal and an assist while Phillip Danault also scored for Los Angeles, who had a 45-37 advantage in shots on goal. Jonathan Quick allowed four goals and made 13 saves while Cal Petersen gave up four goals while making 16 saves.

It is the second straight game with at least two goals for Kane. The last time an Edmonton player accomplished that was Bernie Nicholls in 1992 in Games 2 and 3 of the 1992 Smythe Division Semifinals, also against the Kings.

Kane had a pair of rebound goals in the second period and finished the hat trick with a wrist shot with 20 seconds remaining.

It was the first time in Hyman’s seven-year career he has had a two-goal game in the playoffs.

Nugent-Hopkins scored his goals in a 81-second span during the third period.

Edmonton won 6-0 Wednesday night and built a five-goal lead midway through the second period of this one as it took a 2-1 lead in the best-of-seven series.

Draisaitl took a cross-ice pass from McDavid on a 2-on-1 rush and slid a wrist shot past Quick 3:50 into the first period to open the scoring.

Edmonton didn’t waste any time extending its lead to 2-0 with a power-play goal at 6:07. McDavid drew in a defender and then found Hyman open at the back post.

The Oilers then put it away with three second-period goals in a span of 3:24.

Los Angeles averted a shutout 16 seconds after Kane’s second goal when Kopitar went top shelf on a backhand in front of the net. Danault got the Kings within 5-2 on a power-play goal at 17:29.