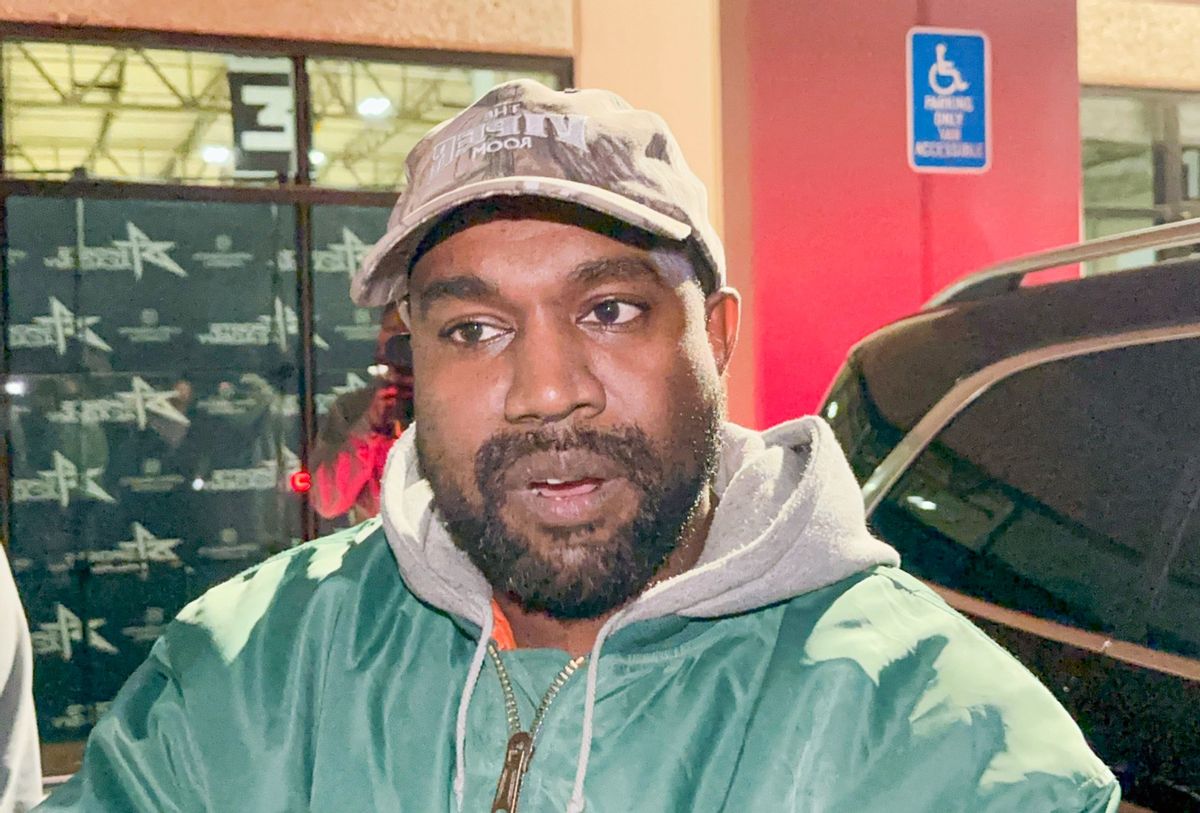 Kanye West — who recently lost $2 billion in one day after a series of antisemitic comments led to him be dropped by several of his most lucrative business partnerships — has announced that he’d like to give a run for presidency another whirl in 2024, and he’d like Trump to be his running mate.

West made the official announcement on Friday night, sharing his campaign logo to Twitter, receiving an overall summarized response of “Oh God.”

Trump, who officially announced his own 2024 plans in mid-November, hosted a dinner at Mar-a-Lago this week that was attended by both West and Holocaust denier Nick Fuentes, whom Trump later claimed to not have known.

“Kanye West very much wanted to visit Mar-a-Lago,” Trump said when questioned about his choice of dinner guests. “Our dinner meeting was intended to be Kanye and me only, but he arrived with a guest whom I had never met and knew nothing about.”

In a video posted to Twitter on Thanksgiving, Kanye describes being yelled at by Trump after he’d extended the invitation to be his vice president.

“When Trump started basically screaming at me at the table telling me I was going to lose — I mean has that ever worked for anyone in history,” West says in the video. “I’m like hold on, hold on, hold on, Trump, you’re talking to Ye.”

On Friday, Trump posted his own take on their exchange at the Mar-a-Lago dinner to Truth Social saying “Ye, formerly known as Kanye West, was asking me for advice concerning some of his difficulties, in particular having to do with his business. We also discussed, to a lesser extent, politics, where I told him he should definitely not run for President, ‘any voters you may have should vote for TRUMP.’ Anyway, we got along great, he expressed no anti-Semitism, & I appreciated all of the nice things he said about me on ‘Tucker Carlson.’ Why wouldn’t I agree to meet? Also, I didn’t know Nick Fuentes.

“I don’t think anyone has any idea how popular this man is,” Cassandra MacDonald, Editor in Chief at Timcast News said on Twitter Thanksgiving day, sharing a video of West being celebrated by a swarm of white conservatives telling him to keep up the good work.