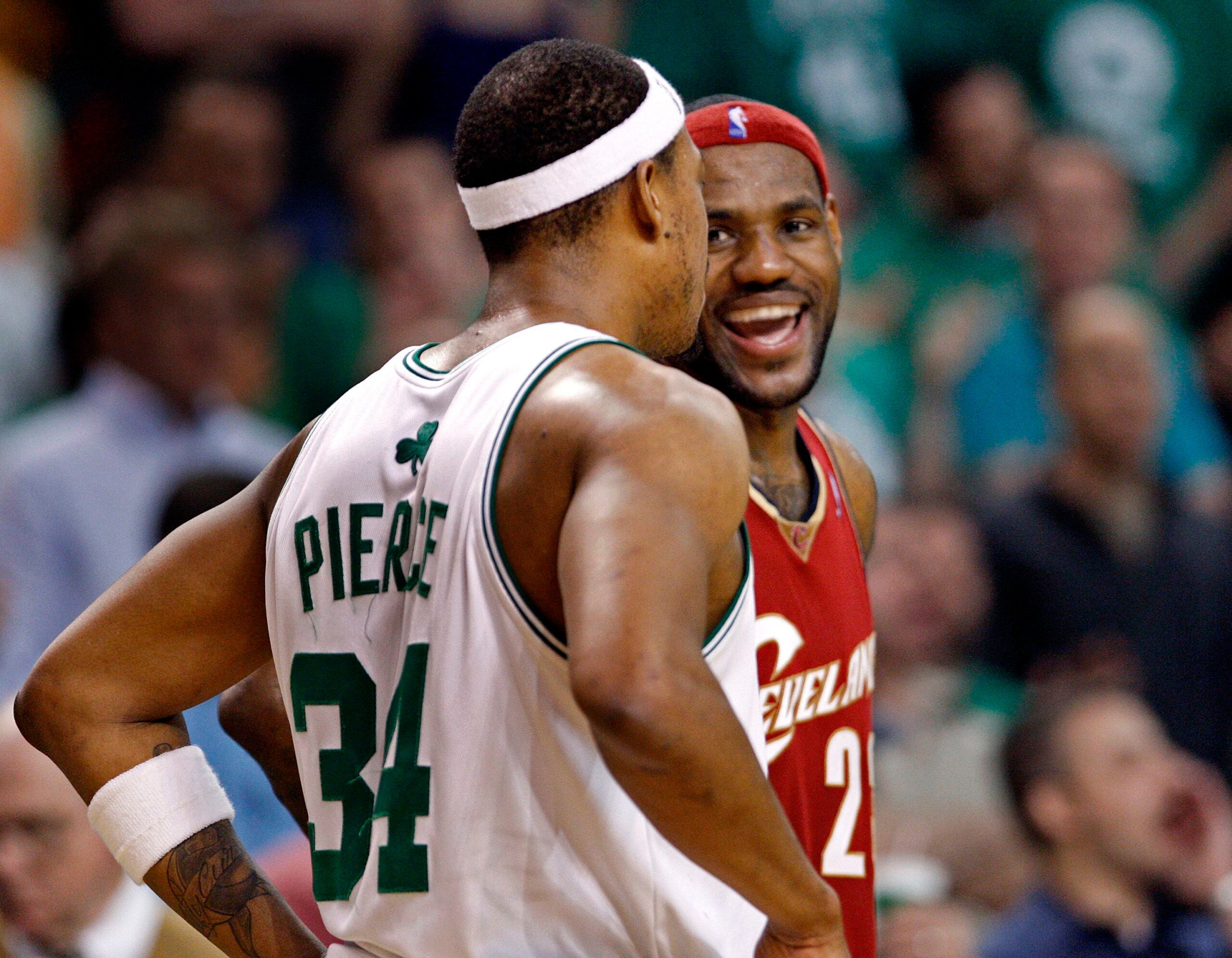 When LeBron James was giving the Celtics fits through the first six games of the 2008 Eastern Conference semifinals, Kendrick Perkins did something out of desperation.

Appearing on “The Old Man & the Three Podcast” hosted by ex-NBA player J.J. Redick and Tommy Alter, Perkins confessed that he hoped something bad happened to James prior to Game 7 of that series.

“I ain’t going to lie man, I was scared as hell going into that Game 7 against LeBron James,” Perkins said. “This was the only time that I actually prayed that something happened to him at practice.”

Redick was startled by Perkins’s confession, saying “What a thing to confess!”

“I know, but I’m being real,” Perkins replied back. “I was like, ‘Let us get breaking news that LeBron tore his ACL or something. I did bro, I’m not even lying. I’m not even exaggerating.”

Redick jokingly said that they were going to cut that part of the podcast out, but Perkins wanted everyone to know how he felt about James entering that Game 7.

“You can’t edit this out, this is real! That’s how terrified I was of LeBron,” Perkins said.

After struggling in the first couple of games in that series, James turned up his play in the three games prior to Game 7. He scored 35 points in the Celtics’ Game 5 win and had a 32-point game in the Cavaliers’ 74-69 win in Game 6.

Arguably the best moment from that series prior to Game 7 came when James threw down a thunderous dunk on Kevin Garnett in the Cavaliers’ Game 4 win, which was the moment that struck fear into Perkins.

“I seen then in his eyes – I was sitting on the bench because I had a horrible game – and I kept saying to myself, ‘Man, we ain’t getting past this mother[expletive],” Perkins said. “He coming in here and he’s going to beat us. I can see it.’ I was scared. I was like, ‘This is just a different dude right now.’ I was scared. I was actually sitting up there praying that I woke up to some news that some type of way that he was going to be out of the game.”

Perkins said that the injury couldn’t be a “stomach bug or a sprained ankle” because he thinks James still would have played.

Perkins’s prayer wasn’t answered. Not only did James play, but he also put up a spectacular performance, scoring 45 points. However, the Celtics were able to win Game 7, 97-92, behind Paul Pierce’s 41-point night.

“You know what’s crazy? It took a lot for us to overcome him and actually win that Game 7 that year,” Perkins said. Paul had to have [a big game] and like PJ Brown had to have a big shot. It went all the way down to the wire. Look, I tell LeBron this all the time, I always tell him – he’s really the chosen one. This mother[expletive], everything he touches turns into gold. He wins at card games – everything.

“That particular year, I was praying on his downfall. That’s how bad I wanted to win.”

Perkins and the Celtics went on to win the title that year. They also faced James and the Cavaliers in the second round again in 2010, only needing six games to beat him that time.

The 2010 win over the Cavaliers was part of the Celtics’ run to the NBA Finals, in which they fell to the Lakers in seven games. With the Celtics up 3-2, Perkins actually tore his ACL in the opening minutes, calling it “karma” for when he prayed for the same thing to happen to James.

The loss to the Lakers in the Finals began the downturn of the “Big 3” Celtics. Perkins was traded in February 2011 and Ray Allen left in 2012 as a free agent among friction within the organization.

However, prior to their departures, Perkins told Redick and Alter that Allen would actually host events at his house for the rest of the team. Perkins said he believed the dynamic changed though when Allen “was pushing so hard” for the Celtics to trade Rajon Rondo for Chris Paul.

The fricition between Allen and Rondo got so tense that the Celtics took a drastic measure to resolve the issue.

“We made Ray and Rondo actually box it out. They had so much beef,” Perkins said. “We got to the practice facility, we bought the boxing gloves, and they actually had to box it out. We just didn’t want to have the tension no more. It was really immature, but I’m glad we got it back together now.”

Rondo shared the story of boxing against Allen in an appearance on Jemele Hill’s podcast “Jemele Hill is Unbothered” in 2019.

Perkins believed his former Celtics teammates were “immature” toward Allen when he left for the Heat in 2012. But he’s happy to everyone from those Celtics teams be cool with each other again.

“I’m glad we got it back together now,” Perkins said. “Ray, you saw him at the Boston game. He went and supported [Kevin Garnett]. Everybody’s back on talking terms.”

You can listen to Perkins’s full appearance on the podcast here.