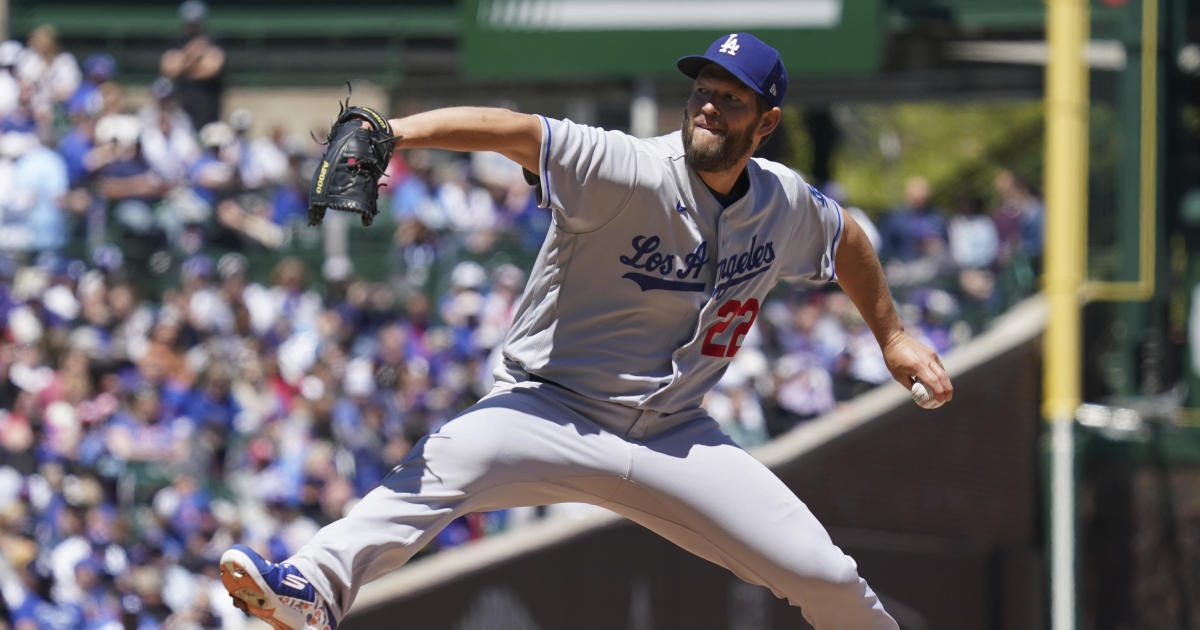 Clayton Kershaw dominated over seven innings and the Los Angeles Dodgers beat the struggling Chicago Cubs 7-0 in the opener of a split doubleheader on Saturday.

Kershaw (4-0) gave up five hits, struck out two and walked one. The three-time Cy Young Award winner bounced back from a tough-luck loss to Detroit in which he surpassed Hall of Famer Don Sutton as the Dodgers’ career strikeout leader.

Kershaw combined with two relievers on Los Angeles’ third shutout of the season. The twinbill was part of a makeup from Friday’s rainout.

Barnes hit a solo drive in the fourth against Drew Smyly and added a two-run single in the eighth. Justin Turner drove in two with a double in the fifth, making it 4-0 and the Dodgers continued to roll along coming off a two-game sweep of San Francisco in which they outscored their rivals by a combined 12-2.

The Cubs were hurt by sloppy play in the field and on the bases in their eighth loss in 10 games. They were shut out for the first time since a 10-0 drubbing by Milwaukee on Aug. 11, 2021.

Smyly (1-3) lasted 4 1/3 innings in his return from the bereavement list. The left-hander allowed two earned runs and six hits.

Chicago’s Seiya Suzuki got caught off first by Kershaw after drawing a walk in the first inning. Nico Hoerner got tagged out jogging toward second following an infield single in the second, apparently thinking the ball was out of play after shortstop Trea Turner threw wildly to first on his single.

Dodgers: RHP Blake Treinen (right shoulder discomfort) is scheduled for an MRI in Los Angeles on Monday. He has been sidelined since April 14. … LHP Andrew Heaney (shoulder inflammation) was to start throwing this weekend.

Cubs: LHP Wade Miley (left elbow inflammation) is scheduled to throw a bullpen session on Sunday. He tossed four scoreless innings Thursday for Triple-A Iowa in a rehab start against St. Paul. “Efficient. Quick,” manager David Ross said. “It’s always nice to get on there and watch it and it takes you about three minutes, as fast as he works. He felt good coming out of it.” … SS Andrelton Simmons (right shoulder inflammation) started a rehab assignment with Iowa on Saturday. … RHP Alec Mills (strained lower back) will start throwing off the mound in the next few days.