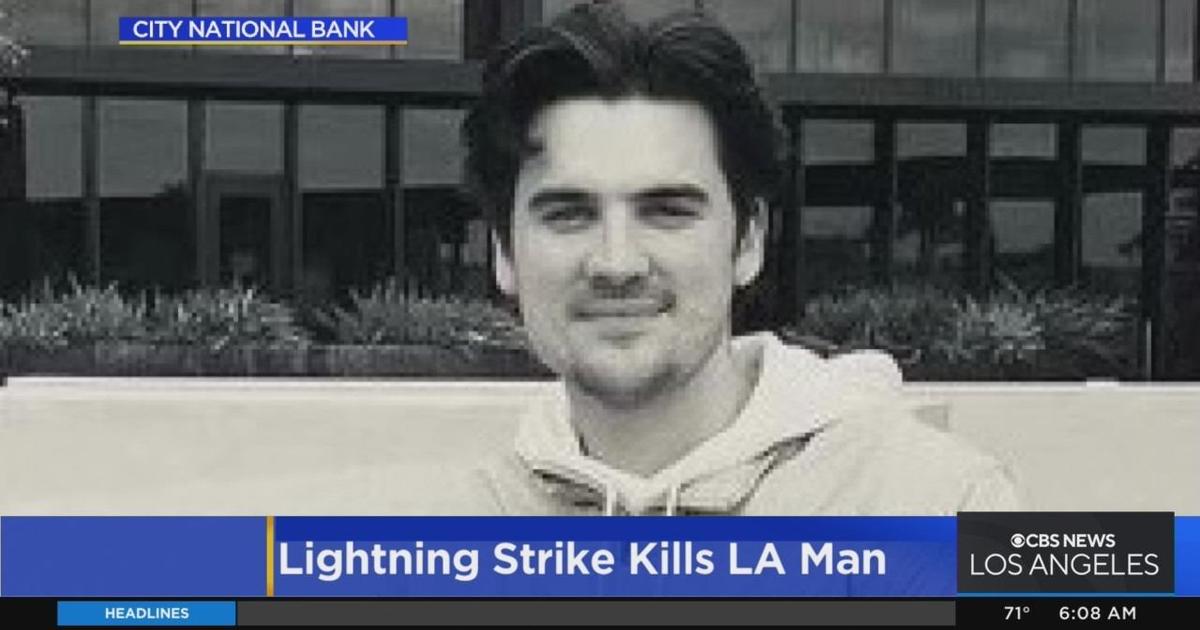 One of the victims killed by a lightning strike near the White House was from Los Angeles.

The victim was 29-year-old Brooks A. Lambertson, who was there on business.

Lambertson worked for City National Bank and even worked for the Clippers at one point in time. He was being remembered for his kindness and generosity.

The lightning storm hit Thursday, killing three people, including a couple from Wisconsin.

A 28-year-old woman from Newbury Park was also struck by lightning but did survive, according to the Ventura County Star. Her family told the publication that she is in stable condition in a D.C. area hospital.