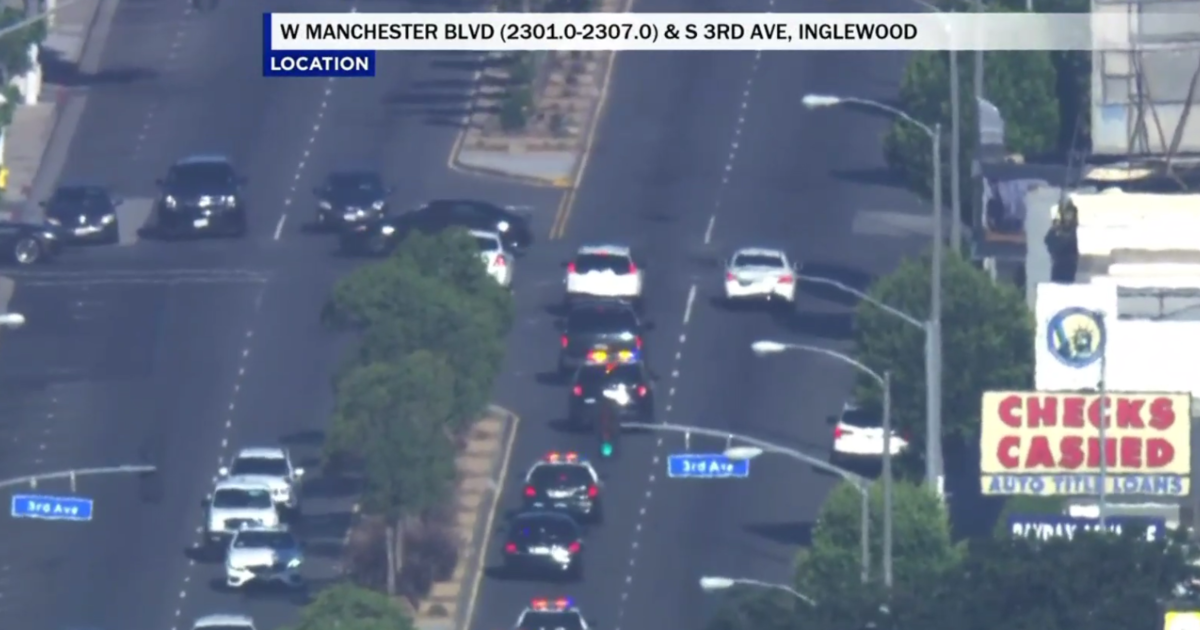 Authorities were in pursuit of a homicide suspect in Inglewood early Monday morning.

It was not immediately why Los Angeles Police Department officers began pursuit with the suspect or what time the chase started.

Officers were engaged for a little over a half-an-hour as the suspect fled via both freeways and surface streets in the Inglewood area.

Just after 8 a.m. the suspect pulled into the driveway of a residence near Firmona Avenue and Lennox Boulevard before fleeing from the area on foot.

Several officers engaged in the foot pursuit as others set up a large perimeter in the area.

The suspect barricaded himself inside of a home on Firmona Avenue, where he remained for a little under 30 minutes before officers took him into custody.

Additional officers on scene swept the resident to clear the area.