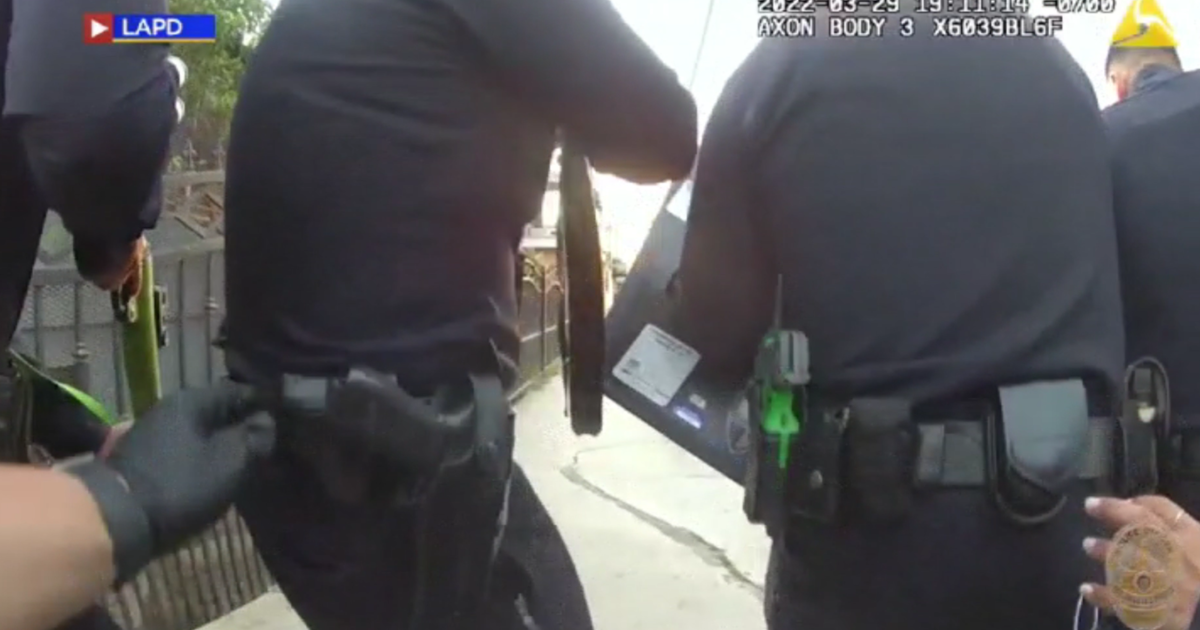 The incident occurred on March 29, at around 7 p.m. near the intersection of Martin Luther King Jr. and Avalon Boulevards in South Central LA.

Police received a call stating that a man standing on the sidewalk had pointed a handgun at a motorist seated in a parked car. That suspect was later identified as 45-year-old Jose Barrera.

Barrera walked to a nearby restaurant in the 4000 block of San Pedro Street, where police said they received further reports of a man pointing a gun at customers inside.

“As officers arrived in an airship overhead, they observed Barrera walking toward the 4000 block of Adair Street, armed with what they believed was a handgun and directed responding patrol officers to his location,” LAPD Captain Kelly Muniz explains in the released footage.

When officers arrived to the area, they saw the suspect on the sidewalk pointing what they believed was a handgun at an occupant of a nearby vehicle, which was stopped. Police exited their vehicle and an officer-involved shooting occurred.

Barrera was hit by officer gunfire, fell to the ground and was taken into custody without further incident.

Paramedics with the Los Angeles Police Department transported Barrera to a nearby hospital where he was treated for a gunshot wound sustained during the incident and released from custody, according to LAPD.

On the sidewalk, Barrera’s large black cellphone was recovered and booked into evidence.

“At this time, there has not been a firearm located at the scene,” the department’s news release stated.

The case was presented presented to the Los Angeles County District Attorney’s Office for filing consideration on a single count of assault with a deadly weapon. The DA’s office declined to file charges.