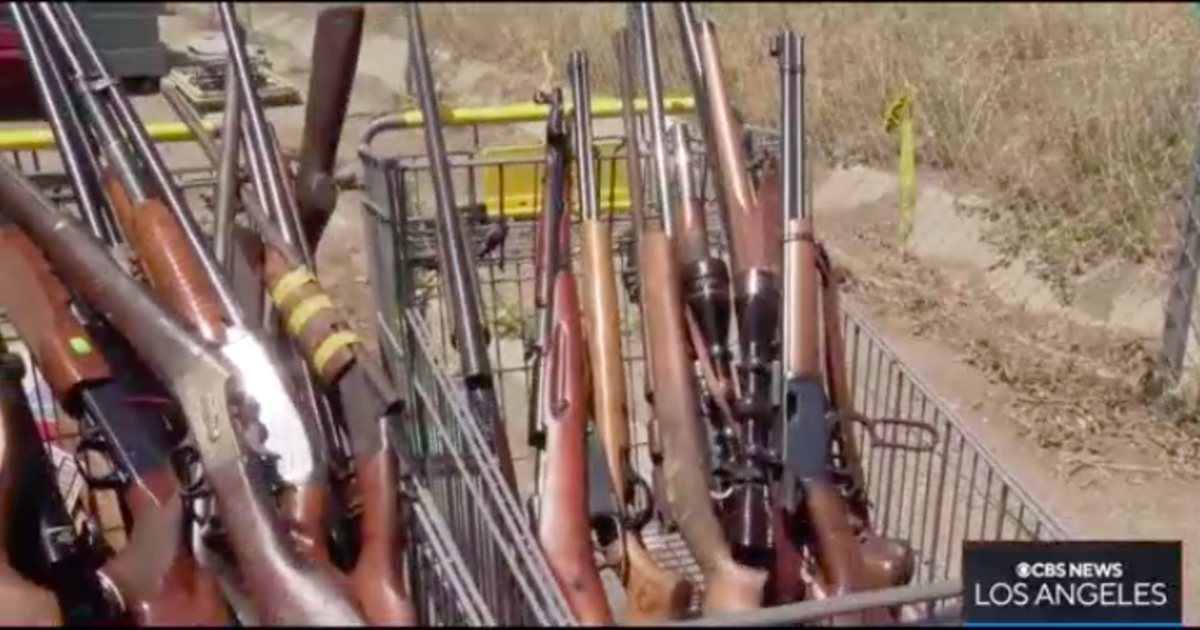 The event was held at the L.A. Metro Park and Ride lot on Long Beach Boulevard, and was slated to run from 9 a.m. to 5 p.m.

People were able to turn in their firearms with no questions asked, and were eligible to receive gift cards of up to $300 depending on the type of gun.

“I don’t have any use for them, so this is actually a great way for me to get rid of them safely,” said one man who handed in a few firearms on Saturday. “I don’t want them to get into the general population.”

Los Angeles County Supervisor Janice Hahn attended the event after partnering with the department in response to an increase in gun violence seen across L.A. County.

“Every gun we get off the street means one less gun that could be used in a violent crime or a tragic accident,” she said while speaking to the press, noting that there’s been a drastic increase in firearms used in acts of random violence, robberies and other crime.

In order to avoid any sort of miscommunication, patrons were asked to bring the firearms in the trunk of their vehicle, where deputies would give further instruction.

“We’re moving and we don’t need them,” said David Turner, a Torrance resident, who detailed why he was surrendering his firearms. “They’ve been sitting in the attic for years and there’s no reason to hang onto them.”

In all, deputies gathered 365 guns, including two illegal “ghost guns.”

In a press release following the event, Hahn said, “This was a success. There are 365 fewer guns that can be used in a violent crime or a tragic accident in our communities.  I am grateful to everyone who came out today and turned in a weapon. It was the right thing to do and your families and your community are safer because of it.”

It was the first buyback that LASD has hosted since 2018, and Sheriff Alex Villanueva made an appearance where he said, “We support the Second Amendment, but this is an opportunity to get rid of excess firearms that could be potentially a threat to the community, and do so in a safe manner.”

After each buyback event, the weapons surrendered to law enforcement are destroyed.