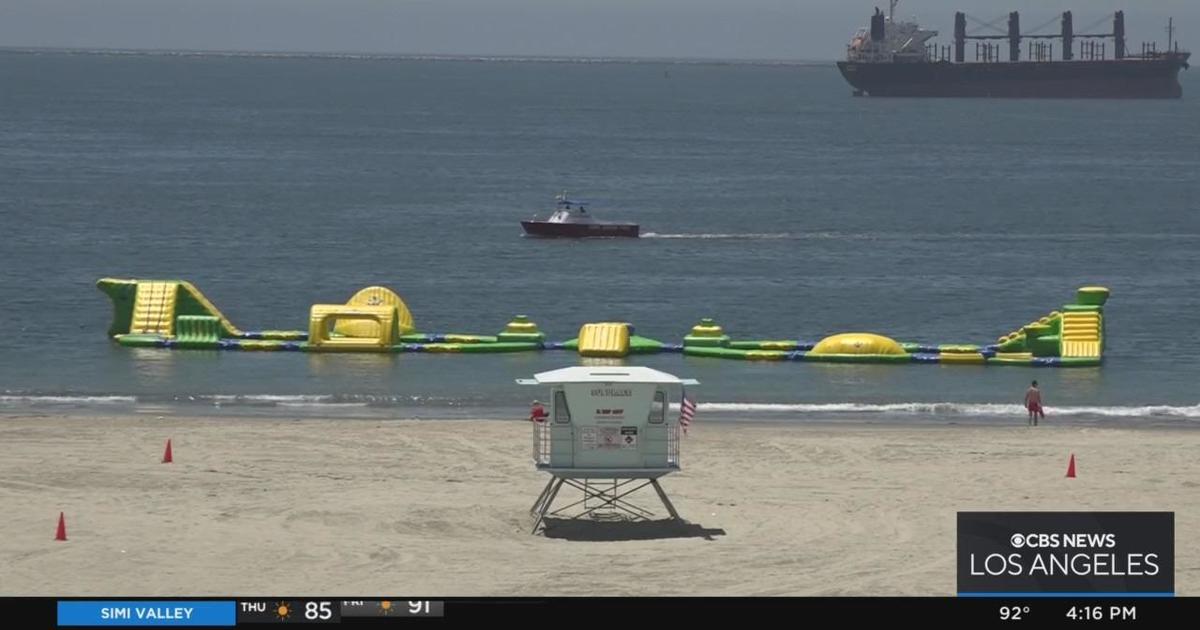 A new water playground will open at Alamitos Beach in Long Beach on Saturday morning. Despite a national shortage of lifeguards, the city says they are ready for the massive summer crowds.

Long Beach will unveil its newest waterfront amenity, the “Wibit,” that will be open for free admission beginning Saturday morning.

A few years ago, the City of Long Beach launched a smaller version in the Bayshore area. By popular demand, this year the city added a much larger, $400,000 version, paid for by Long Beach’s Tidelands Funds.

“The beach belongs to all of us. So, it was really important that we created this public improvement, and it’s free of charge so that more families can come and enjoy it,” said Eric Lopez, Director of Long Beach Public Works.

But the question remains, who will be manning the water playground?

Naranjo says only 70 people came to the March tryouts this year, compared to the more than 100 applicants every other year. In the end, out of the 30 open positions, the department was only able to hire 21 new recruits for the summer. Four of those new hires are graduates of the Long Beach Fire Department’s Junior Lifeguard Cadet Academy, which started in 2015.

Naranjo says to make up for the shortage, the current seasonal and full-time guards will be stepping up to the plate.

“The guards that are here are here to work longer hours and overtime as necessary so that we have enough staffing to provide safety,” said Naranjo. “Not just here, but throughout our beaches and waterways.”

There will be at least six lifeguards on stand-up paddle boards and a supervisor assigned specifically to the new “Wibit” structure at all times.

“That [way] we can have 360 eyes on the water for the participants that are going to be out there,” said Naranjo.

Children under 14 must be supervised by adults at all times.