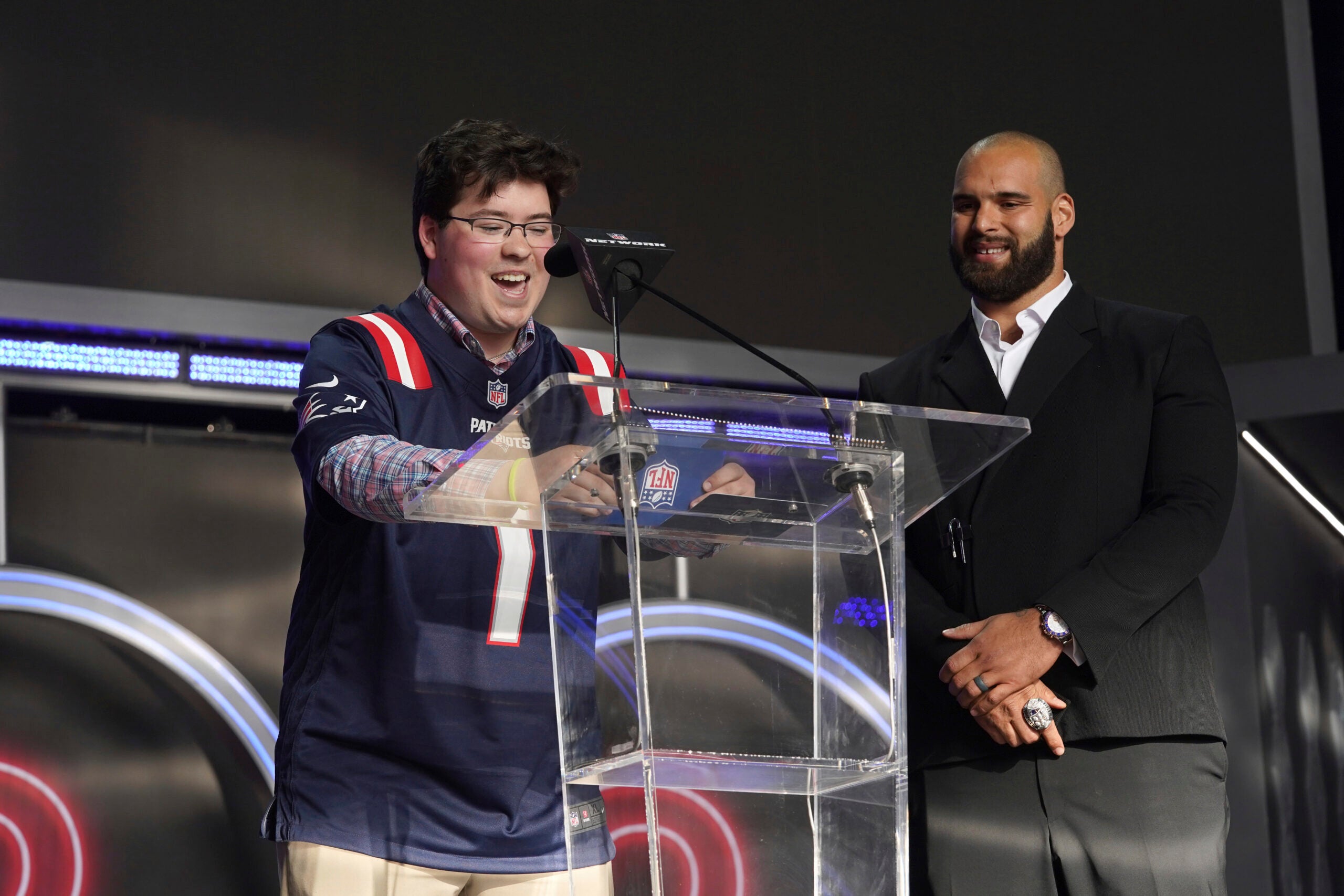 While the Patriots are welcoming many new players to the team during this weekend’s NFL draft, they also gave out a wish.

New England, with help from the NFL, let Make-A-Wish recipient and Massachusetts native Ben Lepper, who was diagnosed with leukemia in 2021, announce their second-round pick on Friday. Patriots defensive tackle Lawrence Guy set the moment up for Lepper.

“After battling and overcoming leukemia, I know this is going to be a piece of cake,” Guy said. “I want to thank the NFL and [Patriots owner] Robert Kraft for making Ben’s wish come true.”

And that’s when Lepper got to welcome the newest Patriot to New England, while also ribbing the crowd, too.

“With the 50th pick in the 2022 NFL Draft, the six-time Super Bowl champion New England Patriots,” Lepper said before pausing and playfully reacting to the boos from the crowd in Las Vegas. “The New England Patriots select Tyquan Thornton, wide receiver, Baylor.”

Lepper did a celebratory hard clap and pumped his fist as he left the podium. Before he exited the stage, he was able to high-five NFL commissioner Roger Goodell.

Lepper’s cancer is currently in remission and began taking classes at Holy Cross this past fall after having to delay the start of his college courses.