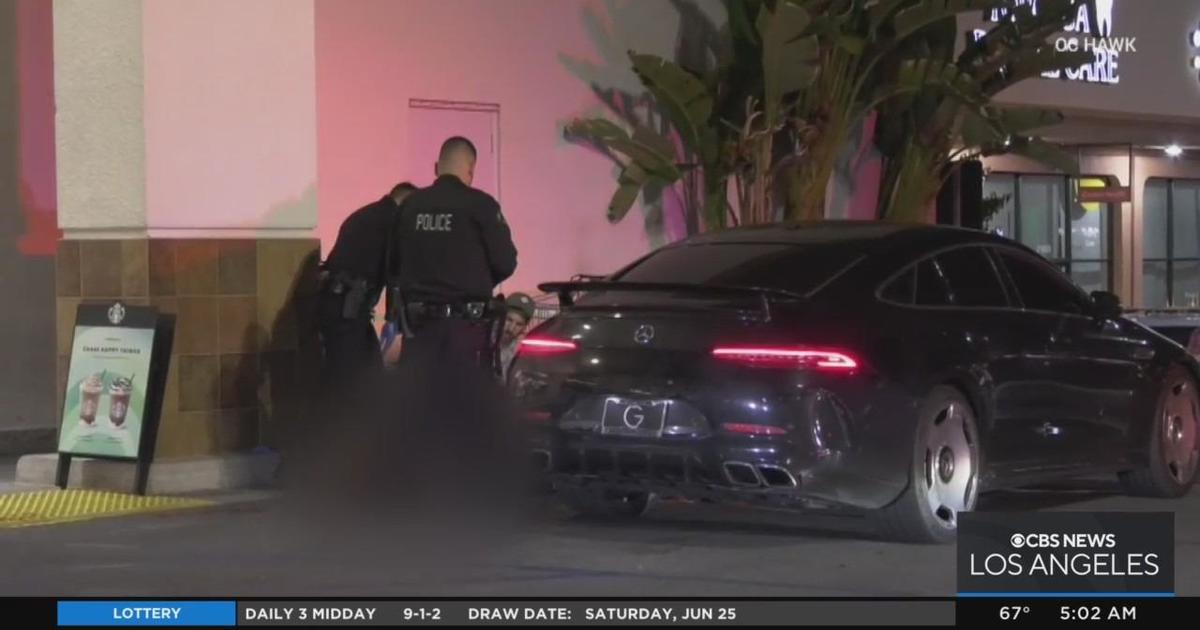 The hunt was on for a suspect in a deadly shooting.

Police say a man in a black Mercedes drove into the parking lot of Ralphs in Topanga Canyon and Ventura Boulevard Saturday night.

When he got out of the car, he collapsed right outside the store entrance.

Paramedics took him to the hospital where he died. Police say the victim was about 35 to 40 years old.

So far, police have not released a description of the shooter.