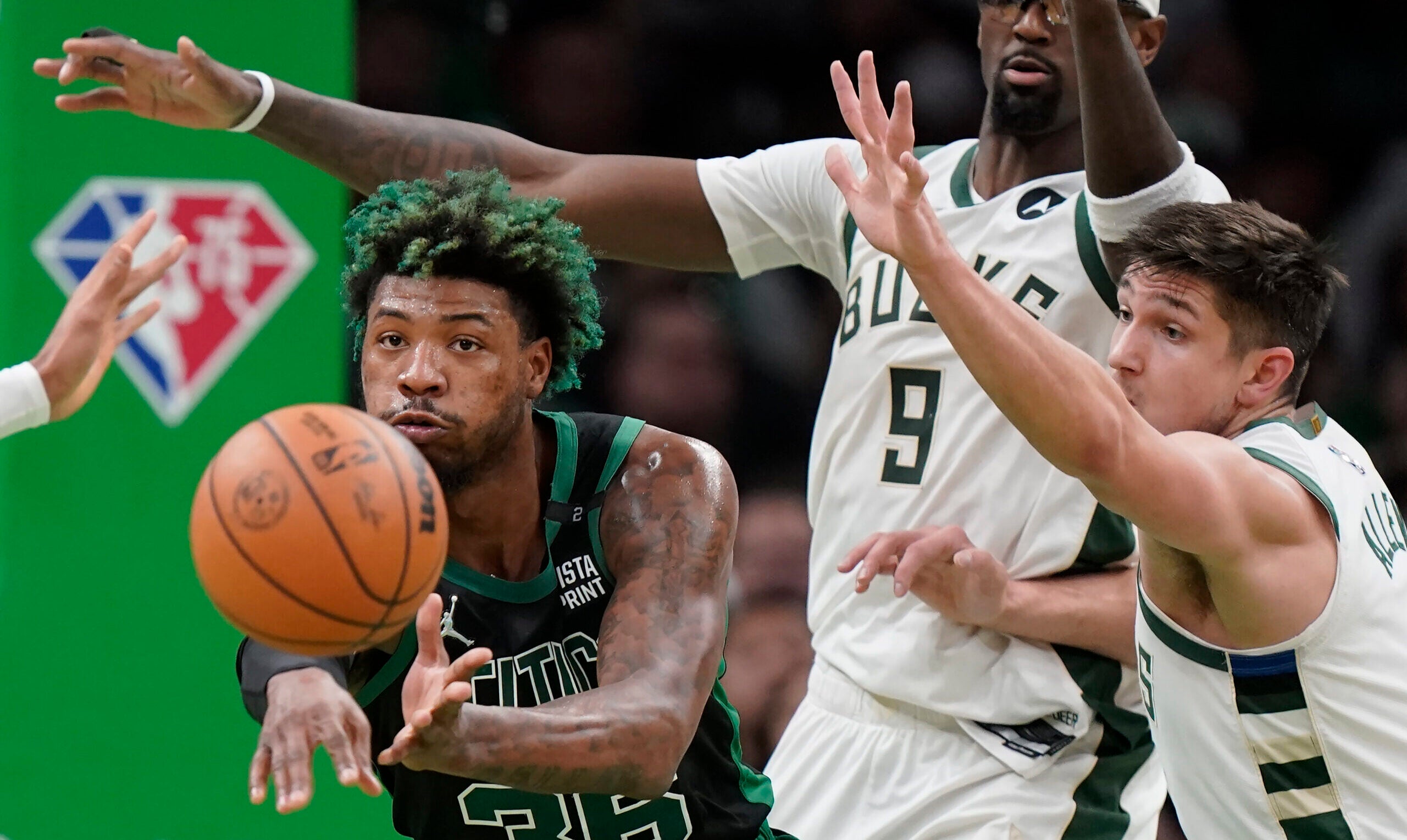 The Celtics are getting the Defensive Player of the Year back for Game 3 in their second-round series against the Bucks.

Marcus Smart is available to play and will start with no restrictions in Saturday’s game at Milwaukee. The Celtics’ starting point guard missed Game 2 due to a right thigh contusion injury he suffered in Game 1. Smart initially left Game 1 before halftime with what appeared to be a shoulder injury. He returned for the second half of that game, with the team later revealing he suffered a stinger.

Guard Derrick White struggled offensively while filling in for Smart in the starting lineup in Game 2. He didn’t score a point, shooting 0-for-6, but had five assists. Smart didn’t have the best shooting performance in Game 1 either, scoring 10 points on 3-of-11 shooting. But he had six assists in the game and is averaging 6.8 assists per game in the playoffs so far.