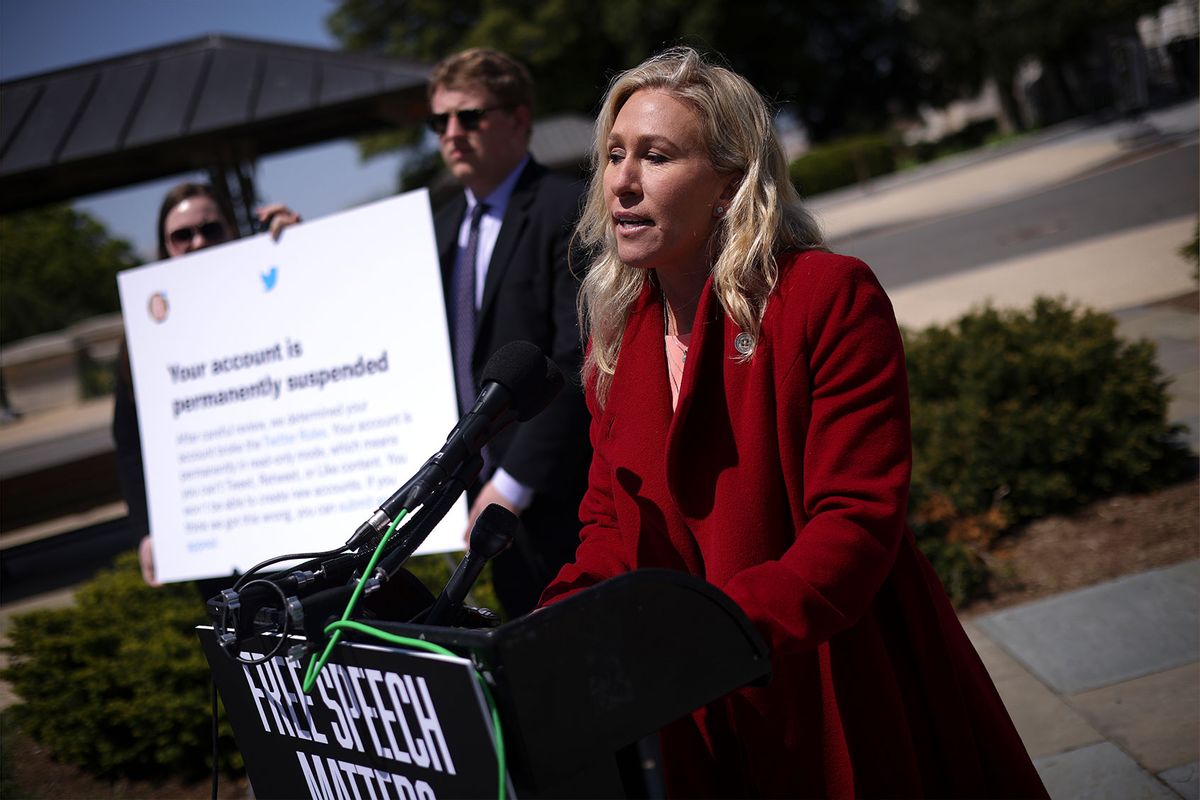 Conservative Christians are quickly piling on Rep. Marjorie Taylor Greene, R-Ga., who this week accused churches that help resettle undocumented immigrants of being controlled by Satan.

Bill Donohue, President of the Catholic League for Religious and Civil Rights, called Greene “a disgrace,” saying that “she slandered the entire Catholic Church.”

“Satan is controlling the Catholic Church? She needs to apologize to Catholics immediately,” Donohue said in the statement. “We are contacting House Minority Leader Kevin McCarthy about this matter. He’s got a loose cannon on his hands.”

Donohue’s remarks are in reaction to an interview Greene gave with the Church Militant, a Christian news organization, last week, first reported on by Salon’s Kathryn Joyce.

“The church is not doing its job, and it’s not adhering to the teachings of Christ,” she claimed, speaking of churches that help undocumented people.

Her comments drew immediate backlash from a number of conservative religious leaders, including the right-wing radio host Erick Erickson.

“It is inexcusable to accuse the Christian community of being controlled by Satan for stepping up to help immigrants, illegal aliens, and refugees the United States government, not the church, has allowed into this country,” Erickson tweeted.

James J. Martin SJ, a priest and the editor-at-large of the Jesuit magazine America, also condemned the freshman lawmaker.

Greene, herself a Christian, has since walked back her remarks, claiming that she was rebuking church leadership rather than the Catholic Church writ large.

“I refuse to use kinder, gentler language as Bill Donohue might prefer when I talk about his disgusting and corrupt friends, who have made him rich with the donations from ordinary churchgoing Catholics,” she added.

It isn’t the first time Greene has made controversial remarks about religion. Back in December, the Georgia Republican expressed a desire to “restore” America’s Christian principles. That same month, Greene denounced Kwanza as a “fake religion created by a psychopath.”