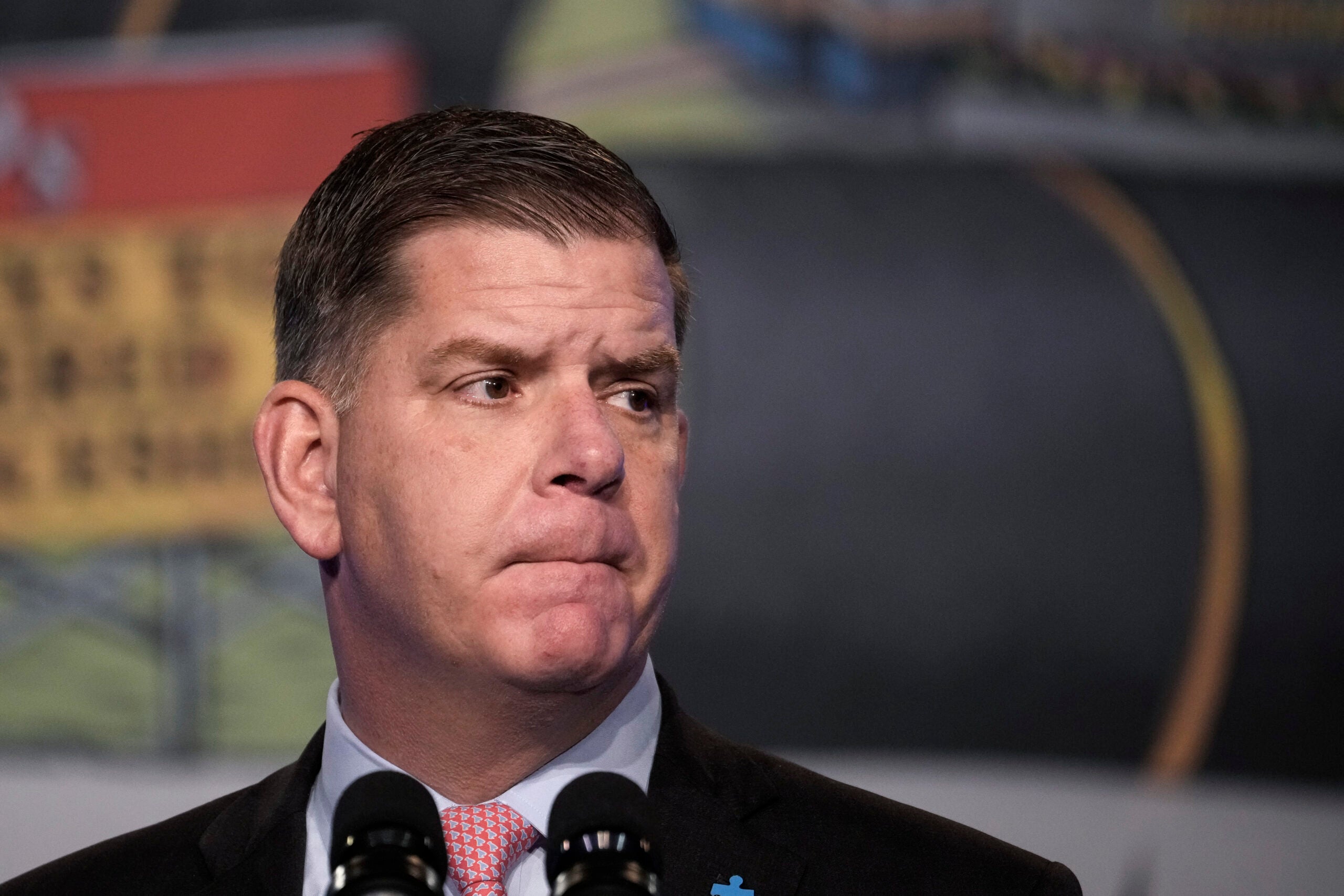 You can take the mayor out of Boston, but you can’t take Boston out of the mayor. Marty Walsh, currently in South Korea as part of a Biden administration delegation, took some time out of his busy schedule Tuesday to track down a coffee from Dunkin’.

Dan Koh, a former member of the Andover Select Board and the Department of Labor’s current Chief of Staff, tweeted a photo of Walsh looking excited outside a Dunkin’ in Seoul. Six people from Massachusetts happened to be inside that Dunkin’, Koh later added.

Walsh, who resigned as Boston’s Mayor last year to take up the position of Secretary of Labor, is in Korea for the inauguration ceremony of President-elect Yoon Suk-yeol, The Korea Herald reported.

Bera co-chairs the Congressional Study Group on Korea, Strickland was born in Seoul and is the first Korean American congresswoman, and Lee is known for the best-selling book “Pachinko,” which was recently adapted into a series for Apple TV+.

Last year, Walsh made some local headlines due to his coffee choices. During the confirmation process for his new role in the Biden administration, Walsh was asked by Kansas Sen. Roger Marshall how much his last cup of coffee in Boston cost. Marshall was discussing the federal minimum wage at the time.

Walsh said the purchase was “probably” at Doughboy Donuts & Deli in South Boston for about $1.75. The owner of the store told WBZ that Walsh frequented Doughboy for decades, usually coming through the drive-through. Sometimes, if he came inside, the former mayor would pick up the tab for everyone, she added.