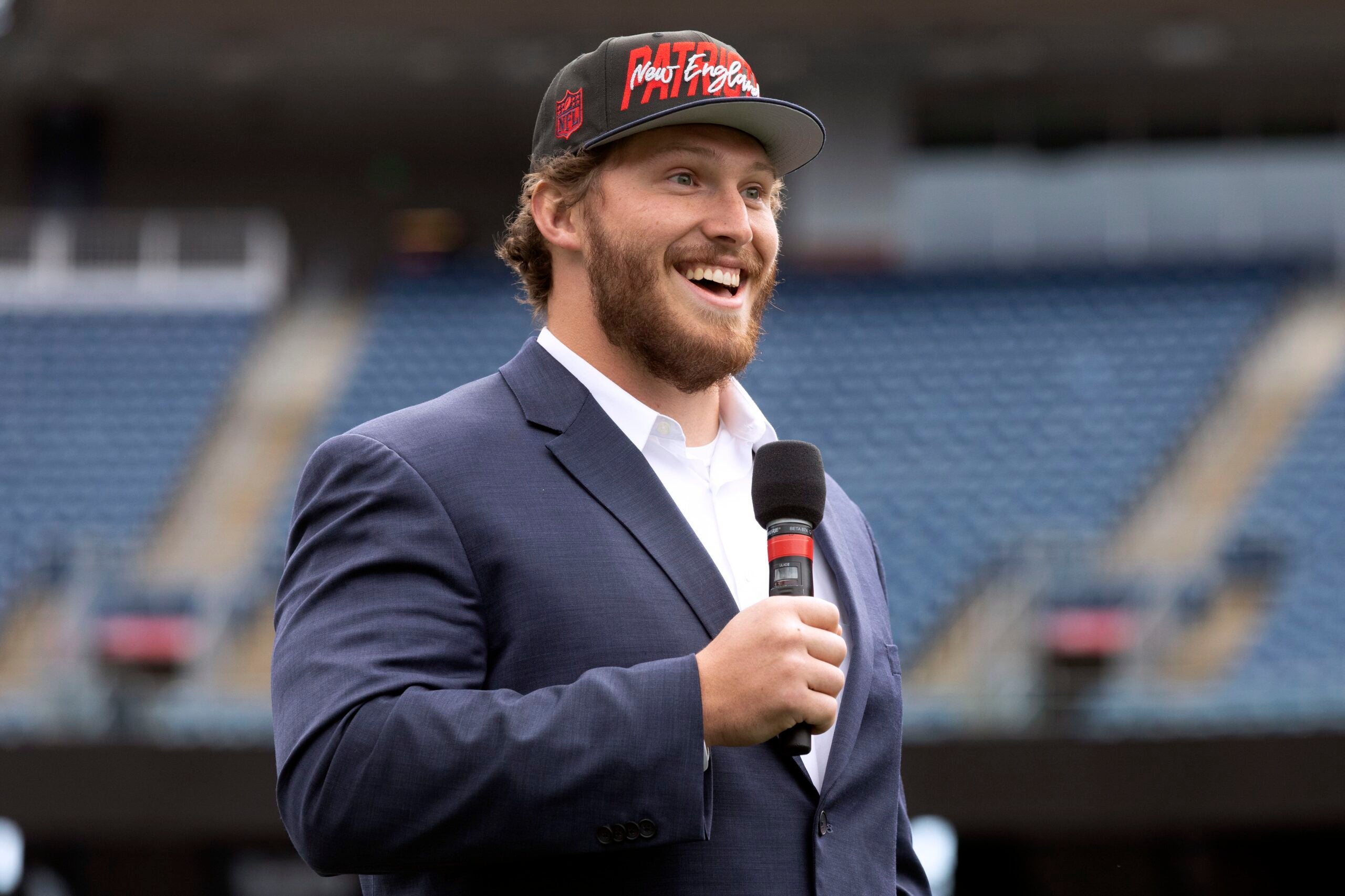 Many NFL Draft analysts believe the Patriots took offensive lineman Cole Strange (29th overall) and wide receiver Tyquan Thornton (50th overall) earlier than they had to and that both players would have been available in later rounds.

Don’t tell that to the Patriots, though. Director of Player Personnel Matt Groh said it’s “really easy for people to say,” but the reality is that it’s impossible to know what other teams are going to do. He said there are no certainties in such a fluid event and that no one wants to miss out on a player they’re pursuing.

“It’s not all so cut and dry with where you think a guy is going to go, and you’ve got to look at what the rest of the board is telling you,” Groh told reporters Friday night. “If you value a player high enough, then you want that player to be a part of your team.”

He said that’s certainly how the Patriots feel about Strange, pointing out that he started at three positions on the offensive line at Chattanooga and excels in many areas. Groh said it’s easy to pigeonhole Strange in as a guard, but he’s “really tough” and “really smart” and can play all over.

As for Thornton, Groh emphasized the Patriots’ need to get faster and said he helps them in that area. He said he doesn’t know how many players are faster than Thornton — who posted the top 40-yard dash time (4.28.4) of anyone leading up to the Draft.

As for the notion that the Patriots veered away from their “prototype” at receiver, Groh said to look at Randy Moss and Wes Welker. He added that the Patriots care more about evaluating the individual player’s skill set than finding a specific kind of player.

He pointed out that Thornton isn’t just a linear threat and can also pluck the ball out of the air at 6-foot 2. Groh is intrigued by his playmaking ability and his potential.

“He’s a little bit longer, a little bit leaner, but with his speed, he can certainly open some things up for us offensively,” Groh said.