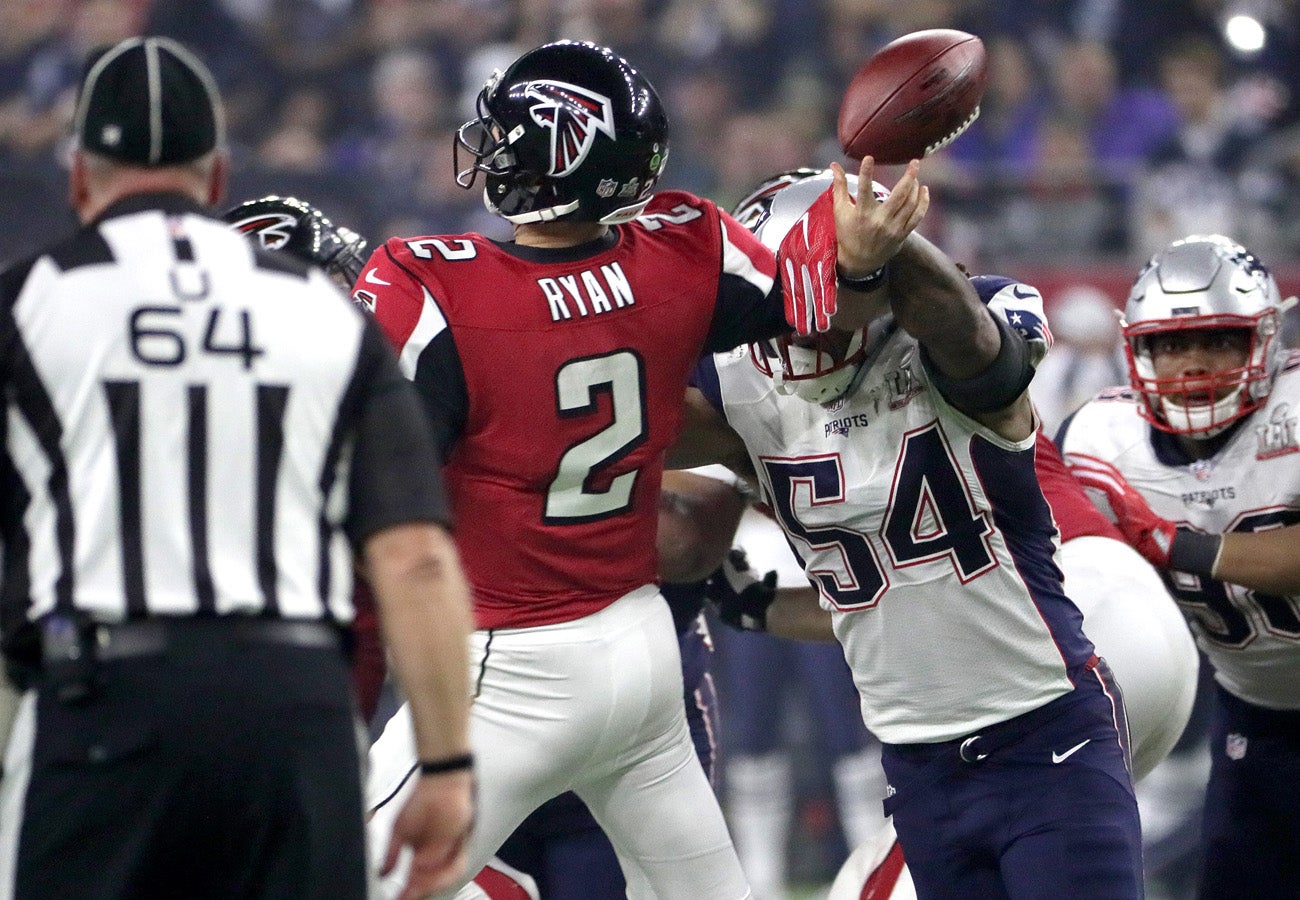 The Red Sox defeated the Blue Jays on Wednesday, 7-1. Boston and Toronto play in the series finale today at 3:07 p.m.

The Bruins face the Sabres tonight at 7 p.m.

Also tonight, the NFL Draft begins with the first round, starting at 8 p.m.

Looking ahead, the Bucks are officially the Celtics’ next playoff opponent, with Game 1 of the second-round series beginning on Sunday at 1 p.m.

After leading the Patriots 28-3 late in the third quarter, the Falcons famously collapsed. New England emerged with the first overtime win in Super Bowl history, 34-28.

Looking back on such a painful moment, Ryan was asked about how he grapples with it during a recent interview on the “Pat McAfee Show.”

“I think it’s always somewhere in there, right?” Ryan acknowledged. “I think it’s always somewhere in there and I don’t see that as a bad thing. Obviously, we would’ve loved for that game to have gone differently, there’s no doubt about it. But, it didn’t and there’s not s*** we can do about it now. And so if you don’t use that as a learning opportunity, as an opportunity to be better and to be better the next time you’re in it, then it’s wasted.

“It’s one of those scars that you accumulate throughout your life that’s wasted if you don’t learn from it,” Ryan continued. “I do think it makes you harder, calloused. I think that’s good because I think that in order to win playoff games, in order to win championships, it takes a hard mindset, it takes a calloused team. And I think that as a result of going through that the last time, whenever hopefully we can get that opportunity, I think you have that calloused mindset of going in there and saying ‘No, no, it’s never over either way, and we’ve got to find a way to get the job done.’ And I’m thankful in a small way for that.”

Trivia: Who was the last Patriots player picked 21st overall?

(Answer at the bottom).

Draft like it’s 1999: Damien Woody posted a throwback to his draft day, when the Patriots picked him 17th overall. New England, in Pete Carroll’s last year as the coach, also drafted linebacker Andy Katzenmoyer in the first round, 28th overall.

Daily highlight: Jacob Wetzel of the Myrtle Beach Pelicans dove to make a tremendous catch in a 3-1 win.