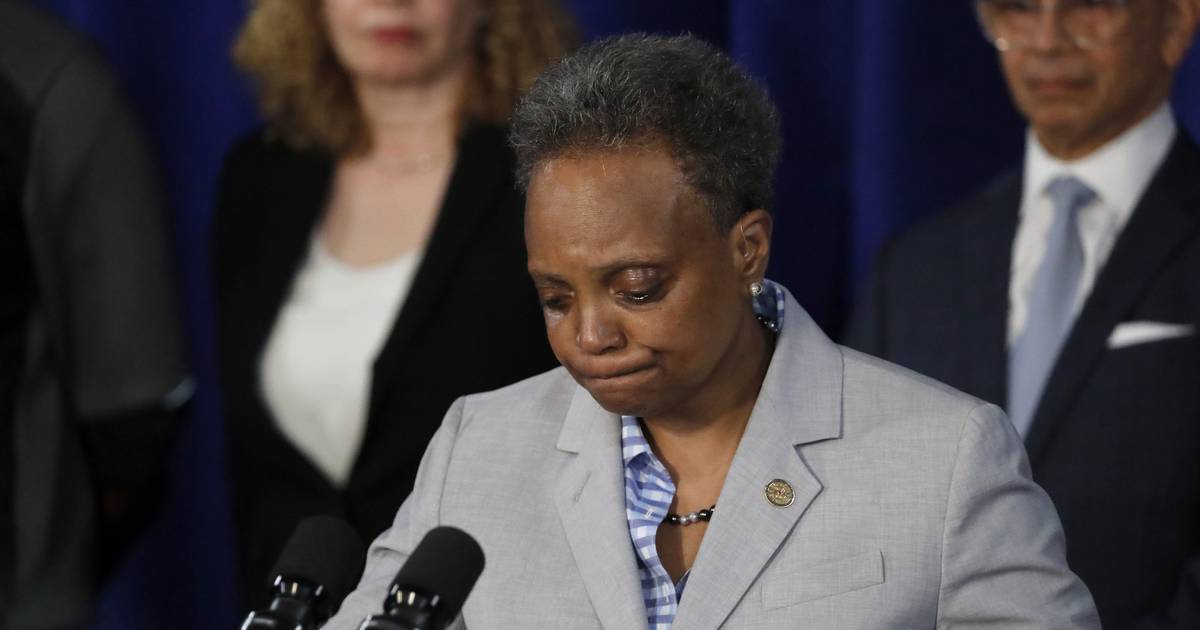 Mayor Lori Lightfoot’s curfew plan that further restricts how late young people can be outside in Chicago passed a City Council committee Friday despite wide-ranging concerns from aldermen over how effective the provisions would be at keeping children safe.

The mayor proposed expanding the curfew to 10 p.m. from 11 p.m. for all days of the week following a teen’s fatal shooting at The Bean in Millennium Park. But the idea has come under intense scrutiny from all sides.

Aldermen have criticized it as a knee-jerk reaction to high-profile shootings that is duplicative and will do little to actually reduce violence; tough-on-crime proponents have said it doesn’t hold parents more accountable; and civil rights activists fear it targets young people of color and could lead to dangerous police interactions.

Still, the council’s public safety committee approved the measure 14-3, sending the ordinance to the full City Council for final consideration next week. Alds. Raymond Lopez, 15th, who has said he will be running for mayor next year, Matthew Martin, 47th, and Roderick Sawyer, 6th, voted no.

In an unrelated news conference Friday afternoon, Lightfoot said criticism over the city curfew’s effectiveness was “nonsense.” She then called on news stations to consider playing the “It’s 10 o’clock. Do you know where your children are?” public service announcements again.

“When I was a kid, my parents always knew where I was,” the mayor said. “What we saw last Saturday night … is kids who were just out on the street with no adult supervision. Maybe somebody knew where they were, maybe they didn’t. But that is the thing that has got to stop.”

The Friday vote comes on the heels of the mayor signing an executive order with the same curfew changes as well as a separate order that Lightfoot imposed on unaccompanied minors being allowed at Millennium Park on weekend nights.

“If downtown could be a safe haven for young people, wouldn’t that be fantastic?” asked Ald. Michele Smith, 43rd, which includes the Old Town and Lincoln Park neighborhoods. “But it’s not because, for some reason, people have decided to bring their feuds into our city.”

On the night of May 14, 16-year-old Seandell Holliday of the Roseland neighborhood was shot near The Bean, allegedly by a 17-year-old. Chicago police said the shooting occurred during an altercation at a time when large groups of young people had gathered at the downtown park in a scene that became chaotic.

Lightfoot, who is expected to announce her reelection campaign in the coming weeks, has been pressured to address crime downtown and beyond as the summer season and its usual increase in violence approaches. Shootings have been down this year compared to this point in 2021, but experts have warned it’s too soon to tell whether Chicago’s crime spike that began in 2020 is waning.

If the new measure passes the full council, Lightfoot’s changes in the executive order creating a 10 p.m. curfew for minors all days of the week will become permanent unless changed by the council later. That decree was enacted under an “emergency” of an increase in “crimes committed by minors,” according to the order.

Balloons are released to honor Seandell Holliday, a fellow 16-year-old student, at Gary Comer College Prep on May 19, 2022. Seandell was shot and killed at Millennium Park over the weekend on May 14. (Jose M. Osorio / Chicago Tribune)

The curfew law, which was passed in 1992, lays out a 10 p.m. cutoff on weekdays and an 11 p.m. curfew on weekends, both of which apply to those ages 12 to 16. Lightfoot’s executive order and proposed ordinance amendment would make the curfew apply to 17-year-olds as well.

For children under 12, the curfew is 8:30 p.m. on weekdays and 9 p.m. on Fridays and Saturdays, and the ordinance introduced Friday does not change that.

Lopez, a frequent Lightfoot critic, said he worried the policy is already toothless because he found Chicago police’s 364 recorded curfew violations last year to be scant.

“When we talk about having a tool in the toolbox … we don’t use this tool do we?” Lopez said. “Having a tool and using a tool are two different things.”

Kapustianyk stressed the Police Department tries to use the curfew to “engage” minors rather than penalize them. Children found in violation of the curfew do not get arrested but are held in custody until a parent, guardian or a “responsible adult” can pick them up, he said — though Lightfoot said later Friday that police have “the right to take the action to arrest” if they think it is necessary.

The mayor’s executive order — and the ordinance set to be voted on by the full council — grants a new exception for youths attending “ticketed or sponsored events” as long as they can prove their attendance with a ticket stub or wristband.

Existing carveouts for minors being out after curfew remain, including if they’re accompanied by a parent or guardian or doing an errand for them. Children also are exempted if they’re exercising their First Amendment rights, such as attending a protest.

Ald. Emma Mitts, 37th, noted it seemed unrealistic for police to take large crowds of children into custody should they disobey the ordinance. She still voted for the ordinance but not before noting Chicago teens have gathered outside for years and deserve more neighborhood investment.

“I think there should be deeper conversation as to what we’re really doing here and not just putting a Band-Aid on the wound,” Mitts said.

While voting in favor of the ordinance, Ald. Anthony Napolitano, 41st, also hedged his support. He complained the city is not actually punishing parents beyond sending them to an administrative hearing if their child is repeatedly caught past curfew.

On the other end of the political spectrum, Ald. Andre Vasquez Jr., 40th, shared what he said was his experience of police telling him to leave Grant Park and Navy Pier “every weekend” while letting white children stay.

Vasquez, who is not a member of the public safety committee, said he’s worried the pattern could repeat itself as the curfew is expanded and called the mayor’s revision “a poorly thought reactive press piece masquerading as legislation.”

“No kid is going to be like, ‘Oh, thank you for pulling me over officer. It’s 10:02. But I’m just walking home with friends,’ ” Vasquez said. “It’s going to lead to a situation that will then be potentially misread by both parties. Right? If the city operated in common sense, we wouldn’t pay hundreds of millions of dollars in police settlements.”