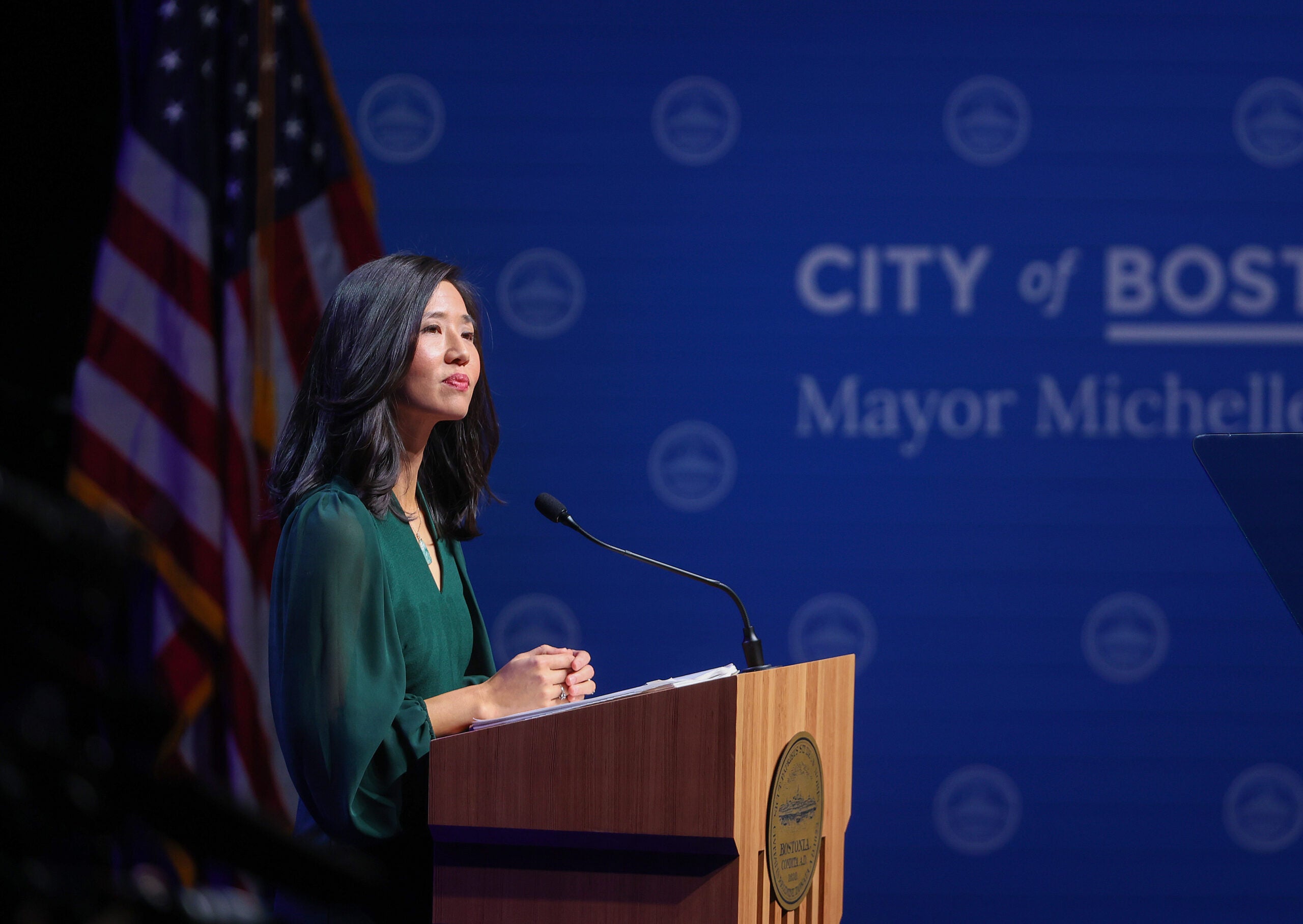 BOSTON (AP) — Boston Mayor Michelle Wu said Wednesday that she wants to set the city on a path to reach its former peak population while guarding against trends that are already putting pressure on residents because of soaring housing costs.

Wu, who in 2021 became the first woman and first Asian American elected mayor of Boston, said she hopes to manage the city’s surging growth while avoiding some of the urban renewal efforts of the last century that ended up displacing thousands of working class, immigrant, and Black and brown residents.

“Our vision is for Boston to sustainably reach our peak population of 800,000 residents with the housing and schools, parks and public transit to support that growth,” the Democrat said in her State of the City address, referring to the city’s historic peak population around 1950, when the number of residents topped 801,000.

The city has been experiencing a boom in recent years with new construction, including housing being constructed at a speed not seen in generations.

Wu said not everyone in the city has benefited from the growth and that not planning for community stability meant that even as the city’s population grew, many were squeezed out.

Wu said she’ll file a home-rule petition next week to formally end the decades-old urban renewal mission of eradicating so-called “blight and urban decay” — which ended up leveling some city neighborhoods — and instead rededicate resources toward Boston’s current needs including resiliency, affordability and equity.

It’s an effort by Wu to make good in part on a campaign promise to revive some form of rent control in the city. Rent control was outlawed statewide by Massachusetts voters in 1994.

To help address the threat of climate change, Wu said she’ll be signing an executive order requiring all new city construction and major renovations in schools, municipal buildings and public housing to be entirely fossil-fuel free.

By 2030, she said, Boston will end the use of fossil fuel in the city’s public housing developments.

Wu also said the city is excited that the Lego Group is building its North American headquarters in Boston this fall.