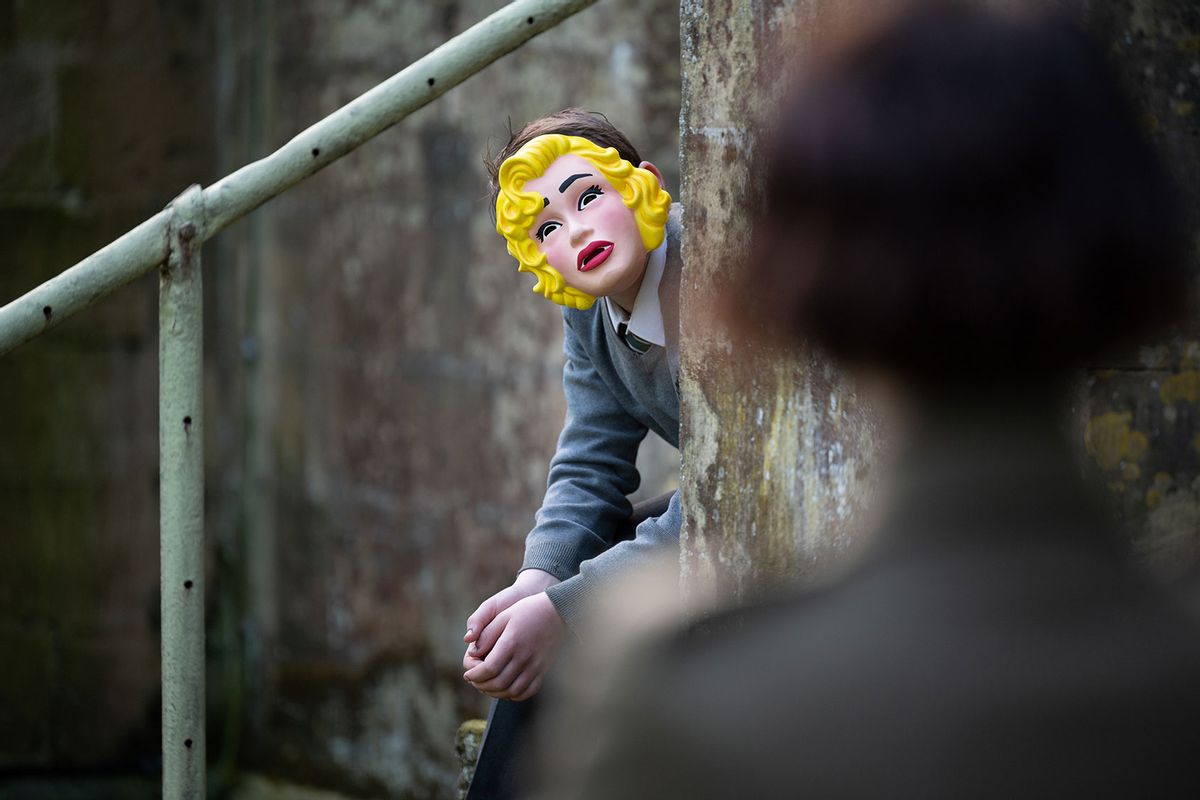 Around the midpoint of “Men,” writer/director Alex Garland’s spellbinding psychological thriller, a vicar (Rory Kinnear) asks Harper (Jessie Buckley), “Do you prefer things to be comfortable or true?” This film is rarely comfortable, and what exactly is true will be up to viewers to decide.

“Men” opens with a hypnotic, dreamlike episode where Harper, looking out a window, sees a man (Paapa Essiedu) falling to his death. It is soon revealed that the man was James, Harper’s husband. He had threatened to kill himself as a response to her filing for divorce. James told Harper he wanted to kill himself so that she would be forced to live with the guilt. But did he really fall to his death, or did he slip by accident?

Garland is nothing if not precise in how his characters speak and he is even more precise in the images he composes.

The guilt may be what motivates Harper to get out of London and stay at a “dream country house.” But her efforts to heal from her trauma are hardly restful. Biting into an apple she picks off the tree in the estate’s front lawn, one can certainly ascribe sinister meaning to her actions. Even the home’s caretaker, Geoffrey (Rory Kinnear), jokingly mentions her eating “forbidden fruit.”

Garland is nothing if not precise in how his characters speak and he is even more precise in the images he composes, which range from startlingly beautiful ripples of water to just plain startling — a very bloody, very graphic shot of a hand being severed that looks incredibly painful. 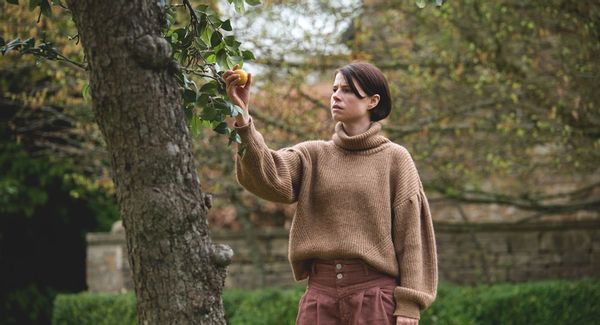 “Men” is often unsettling but not necessarily in the expected ways, which is mostly to the film’s credit. Early on, Harper takes a walk through the nearby woods, and has a nice moment echoing sounds in a tunnel. But then she sees a man in the distance and runs from him, getting a bit lost. Is this real, or has Alice fallen down a rabbit hole? Harper takes a photo in a field, and a fully naked man (Rory Kinnear in a multiple role) appears in the shot, disturbing her. That he later follows her home and torments her, prompts Harper to call the police. The episode also triggers a vivid image of James impaled on a fence.

As masterful as Garland is with his precision, he can get a bit pretentious … If only viewers can be bothered to puzzle it out.

Harper is haunted, and Buckley conveys her anxiety with wide, darting eyes, or twisting her mouth in a moue. When she wails in pain in a church pew, viewers can feel her grief ripping through them. The actress, who has been exceptional in everything from “Beast” and “Wild Rose” to “I’m Thinking of Ending Things” and “The Lost Daughter,” gives another bravura performance shifting from villain to victim in the divorce story and going from powerless to powerful in the horror story. (A Iengthy, unnerving sequence features her alone in the house like a final girl, brandishing a knife as someone or something tries to get her.)  Buckley is commanding on screen because she projects an air of confidence even when she is most freaked out.

But as masterful as Garland is with his precision, he can get a bit pretentious. There is an episode featuring a decaying dead deer that may be gorgeously filmed — the camera dives into the animal’s eye socket — but it kind of folds in on itself. There are dazzling images, courtesy of Rob Hardy, Garland’s ace cinematographer, of the naked man adorning himself with leaves, or blowing dandelion seeds, as well as mystical, portentous shots of stone faces that all must mean something. If only viewers can be bothered to puzzle it out. 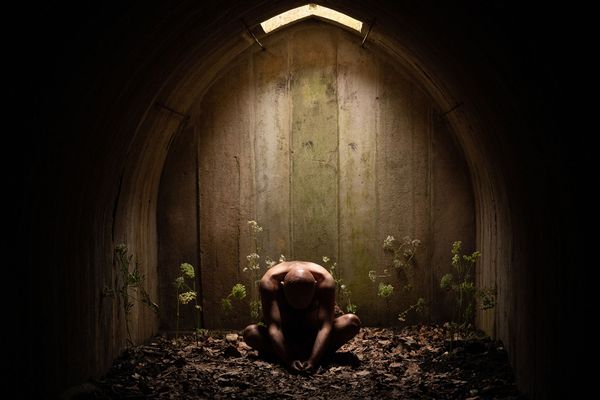 One of the problems with “Men” is that it is so ambitious and so ambiguous that it is easier to just let the film run its course and think about it later — if at all. That is not to say the drama is not intriguing; it is absolutely beguiling as it shapeshifts across time and genres. What is the deal with a boy who wants Harper to play Hide and Seek, and calls her “a stupid b***h” when she declines? And what is really going on when Harper sees things and hears things that may or may not be real? Sure, it is impressive to see Rory Kinnear appear as a half dozen different characters in the local pub when Harper goes for a drink. And there are two (if not more) WTF episodes late in the film that are sure to be talked about and admired for their sheer audacity and indelible imagery. But what exactly is Garland saying here?

“Men” is certainly a commentary on gender inequality, mental health and depression, and there are points being made about how men and women communicate, as well as issues of power and control exerted in love and relationships. (One of the film’s creepiest moments has a male character ask Harper about losing her virginity and describes how he pictures it). But the ideas about survivor’s guilt and coping with trauma seem to get a bit lost among all of the weirdness. The motivations of the characters are unclear, which may be deliberate, but it is also obfuscating.

Garland, however, delights in teasing and provoking viewers. He fills his film with surrealistic moments that counterbalance some of the harsher realities he depicts. He has constructed a glossy fever dream that bewitches as much as it befuddles.

“Men” opens in theaters May 20. Watch a trailer for it below, via YouTube.