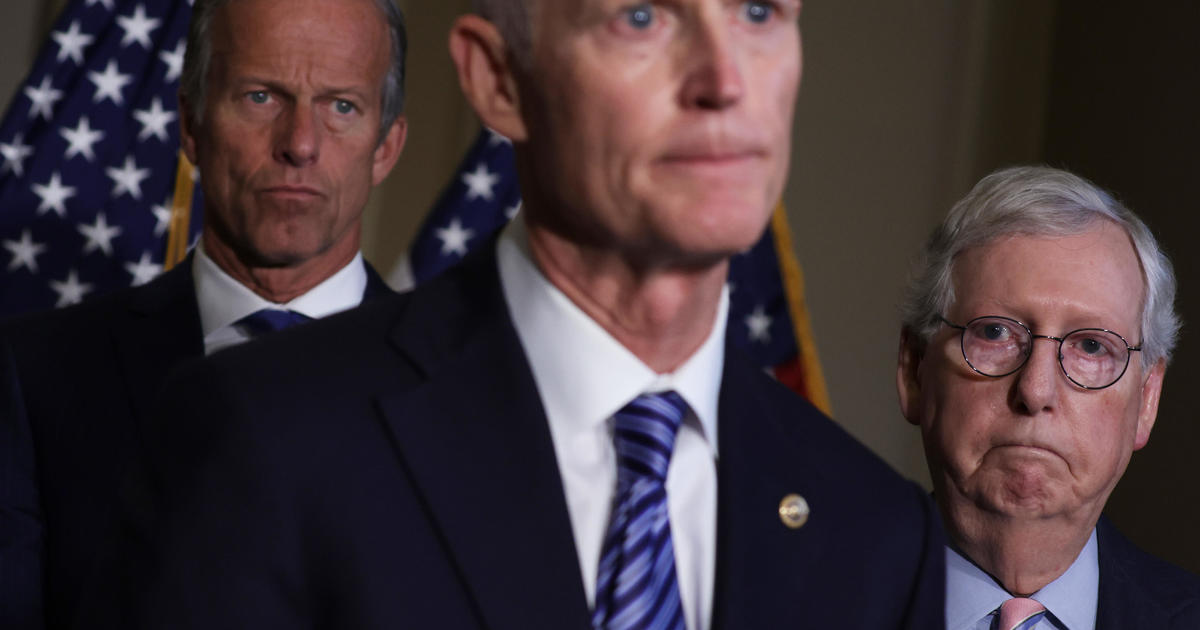 Republican lawmakers returned to Washington Monday for the first time since the midterm elections, sorting through the wreckage of their underwhelming performance last week.

“The Republican Party, as we have known it, is dead,” Missouri Republican Sen. Josh Hawley opined Monday, two days before Senate Republicans are scheduled to vote on who will be leading them into 2024. Just before the election, taking majority control from the Democrats seemed to be within their grasp. But over the weekend, with the slim victory in Nevada by Democratic Sen. Catherine Cortez Masto, that opportunity slipped away.

Republicans had felt most optimistic about their chances in the Silver State, given the flagging economy, the toll exacted by the pandemic on Nevada’s tourism, the inroads the GOP had made with Latino voters, the fact that abortion access is already settled law in the state constitution and the fact that Adam Laxalt, a former Nevada attorney general who had won a statewide election before, lacked the kind of flaws that bedeviled other party candidates.

Hawley called the midterm election “the funeral” for the current GOP.

Senate Republicans planned to dispense with their leadership elections early, just over a week after Election Day, but their disappointing showing has prompted a number of senators to reevaluate their plans as they look ahead to their next opportunity to take control, in 2024.

Some, including Sens. Rick Scott, of Florida, and Lindsey Graham, of South Carolina, want to delay the leadership elections, beyond the Dec. 6 runoff election between Democratic Sen. Raphael Warnock and Republican Herschel Walker for Georgia’s Senate seat.

Scott and Graham argue that holding the elections this week would “disenfranchise” Walker, should he win, because he would not be able to vote on the next GOP leader.

But others, like Sen. John Cornyn, questioned why “we would delay an uncontested race.”

Emerging from the Senate GOP leadership meeting, which Scott attended this evening, South North Dakota Sen. John Thune said that he did not have the “sense” that Scott wants to challenge McConnell. “There was a little discussion about the election, but not in any great detail because I think everybody knows we’re going to be having that conversation tomorrow,” Thune said.

On the potential 2024 candidates, Thune said, “What’s really important, I think, for anybody who wants to be a 2024 candidate is to help us right now, in 2022 —  finish the cycle by winning the state of Georgia.”

Tensions between McConnell and Scott, who chairs the Republicans’ Senate campaign arm, have boiled over. And within the party, a blame game has begun.

“Our takeaway right now is we had a sh**** cycle,” a Senate Republican campaign operative said, noting the party had lost independents and that the party base didn’t turn out in the numbers they had anticipated. “The reality is, we underperformed everywhere,” the operative said. “Even candidates who people said were good candidates also lost. So it’s a party-wide failure.”

“When you have both a swing voter problem and a base problem, clearly there are a variety of different factors,” the operative said, among them that Republicans lacked a message about what they would do if elected. “We tell people every cycle why they shouldn’t vote for the other guy but not why they should vote for us.”

Scott had promoted some ideas before the election but was promptly shut down by party leaders, particularly as Democrats seized on a proposal to raise taxes. In an interview with Fox News, Scott blamed some Republicans for voting for Biden agenda items that gave Democrats legislative successes to tout.

As Republicans assess their losses and prepare for another contest in Georgia, former President Donald Trump is preparing to announce his third presidential bid in Florida on Tuesday. He has lashed out against rising GOP stars like Virginia Gov. Glenn Youngkin and Florida Gov. Ron DeSantis, who won re-election last week by 20 points.

The conservative group Club for Growth, which had been supportive of Trump, commissioned polls in Iowa, New Hampshire, Georgia, and Florida after the election that showed the former president trailing DeSantis.

“Our polling shows that Republican primary voters recognize Trump’s insults against Republicans as hollow and counterproductive, and it’s taking a significant toll on his support,” said David McIntosh, the group’s president. “This shows Trump could help Republicans by delaying his announcement until after the Georgia runoff.”

Alan He contributed to this report.

Caitlin Huey-Burns is a political reporter for CBS News.