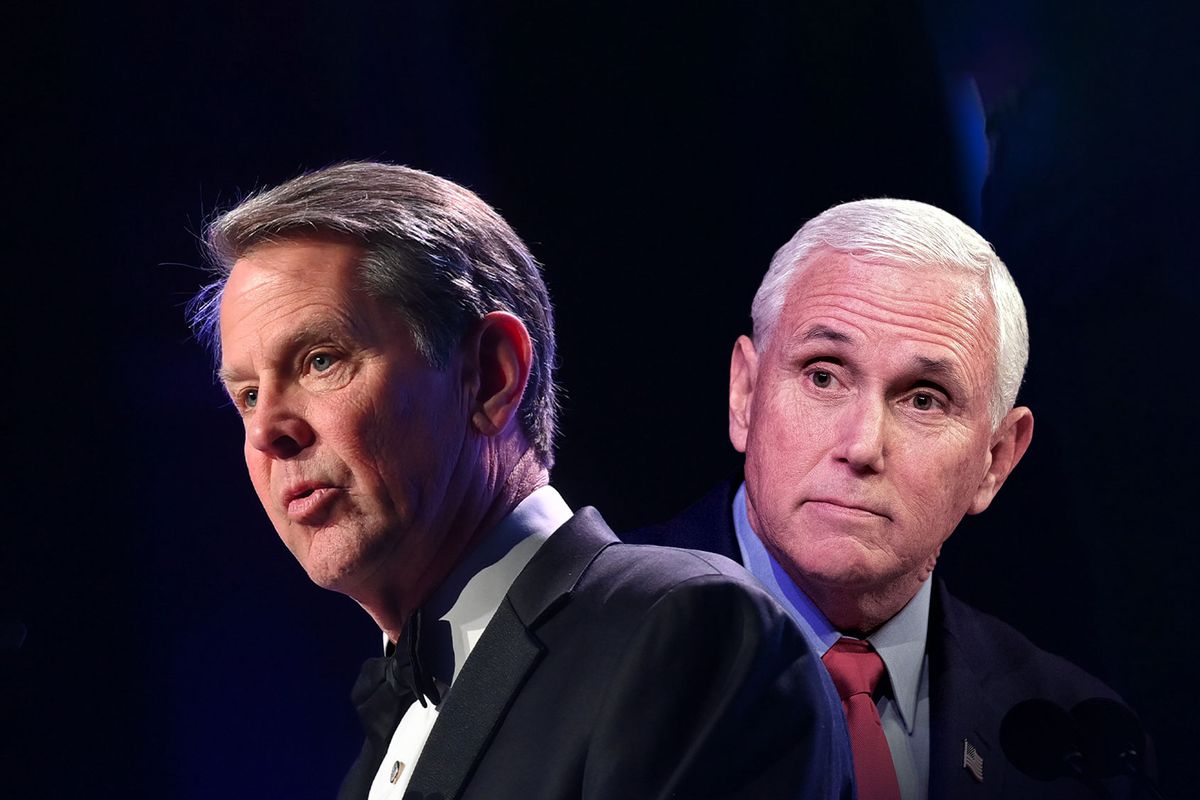 “Brian Kemp is one of the most successful conservative governors in America,” Pence wrote in a statement. “I am proud to offer my full support for four more years of Brian Kemp as governor of the great state of Georgia!”

Pence’s endorsement of Kemp underscores growing tensions between him and the former president. Ever since January 6, when Pence was scorched by the president for refusing to go along with a legally dubious scheme to overturn the election, the former vice president has been increasingly willing to break from Trump’s hold over the GOP.

The move comes months after Pence first signaled that he would support GOP incumbents in gubernatorial elections. According to Axios, Pence’s former chief of staff, Marc Short, has already stepped in to serve as one of Kemp’s senior campaign advisers.

Kemp has received endorsements from a number of Republican governors who have come under Trump’s wrath, including New Jersey Gov. Chris Christie, Arizona Gov. Doug Ducey and Nebraska Gov. Pete Ricketts. The governor has also seen support from former President George Bush, who is organizing a fundraiser in Texas for the governor this month, according to Politico.

Throughout Kemp’s campaign, Trump has repeatedly questioned his Republican bonafides, largely because the governor rebuffed the former governor’s attempt to overturn the 2020 election in Georgia, a battleground state that Trump narrowly lost.

On Wednesday, Trump called Kemp “the worst ‘election integrity’ Governor in the country,” saying that he “loaded the great state of Georgia up with RINOs,” an acronym for “Republicans in name only.”

RELATED: Georgia GOP outraged Trump turned against Brian Kemp: ‘I am just so mad — beyond words”

Back in March, the president held a tele-rally in support of Perdue, lining the candidate’s campaign coffer with half a million dollars. Trump has also helped facilitate the rollout of various attack ads against Kemp.

Despite Trump’s anti-Kemp crusade, it still appears that the race is still the governor’s to lose. Polling reveals that Perdue is still lagging behind Kemp by a 22% margin. Kemp has also raised twelve times more campaign funds than the former senator.