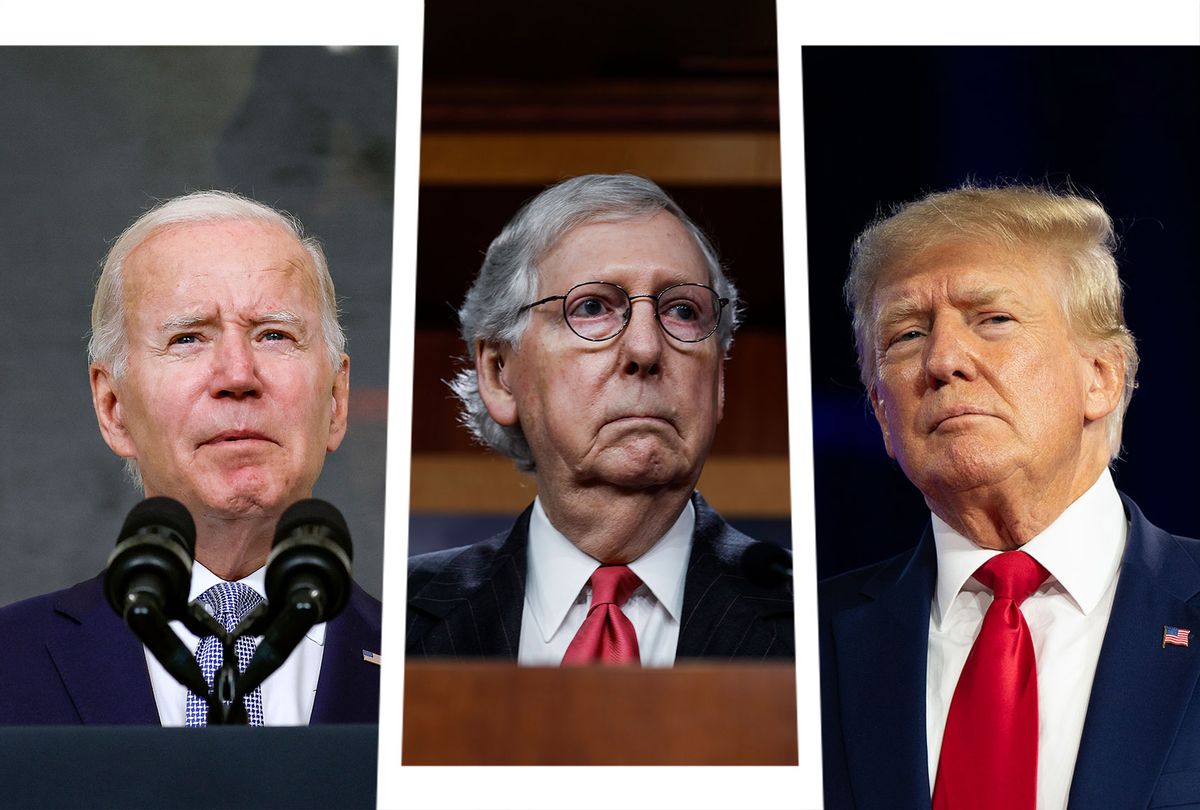 As Biden has seen a rapid succession of legislative accomplishments in recent weeks, his predecessor has repeatedly seemed triggered to take out his frustration on McConnell.

“Mitch McConnell got played like a fiddle with the vote today by the Senate Democrats,” Trump wrote on Truth Social. “First he gave them the fake Infrastructure Bill, then Guns, never used the Debt Ceiling for negotiating purposes (gave it away for NOTHING!), and now this,” Trump said.

“Mitch doesn’t have a clue – he is sooo bad for the Republican Party!”

Trump previously tore into the bipartisan gun reform package that passed through the Senate last month, even though he has previously supported provisions contained with the measure.

“The deal on “Gun Control” currently being structured and pushed in the Senate by the Radical Left Democrats, with the help of Mitch McConnell, RINO Senator John Cornyn of Texas, and others, will go down in history as the first step in the movement to TAKE YOUR GUNS AWAY,” Trump wrote on Truth Social at the time. “Republicans, be careful what you wish for!!!”

Fourteen Senate Republicans joined with Democrats to pass the first federal gun control legislation in decades. Dubbed the “Bipartisan Safer Communities Act,” the recently signed law is set to improve mental health resources, restrict straw purchases, and improve incentives for states to enact red flag laws, which allow law enforcement to confiscate firearms from gun owners who present a danger to themselves or their communities.

McConnell praised the measure as the product of bipartisan negotiation, saying that the Democrats “came our way” in ironing out the details.

Though Trump has positioned himself in the past as a defender of the Second Amendment, he has also expressed the need for stronger gun control in the wake of various mass shootings. In 2018, after seventeen people were murdered in the Marjory Stoneman Douglas High School shooting in Parkalnd, Florida, Trump threw his support behind expanded background checks for would-be gun owners.

And in 2019, following two mass shootings in Dayton, Ohio and El Paso, Texas, Trump openly backed the enactment of red flag laws. “We must make sure that those judged to pose a grave risk to public safety do not have access to firearms and that, if they do, those firearms can be taken by rapid due process,” he said at the time. “That is why I have called for red flag laws, also known as extreme risk protection orders.”

Jon Skolnik contributed to this reporting.