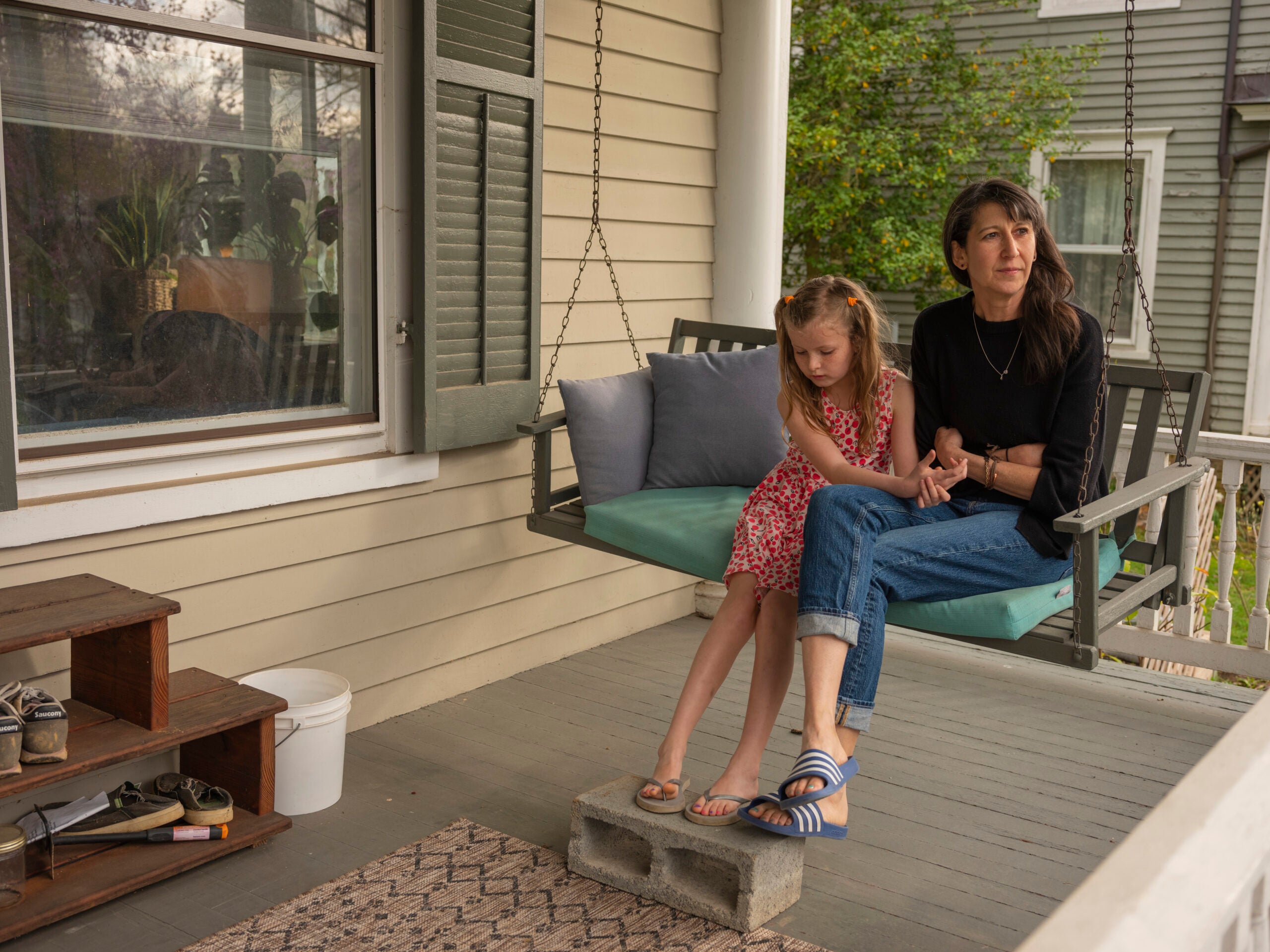 Two children had always been the plan for Anna Carey, and in early 2020 she was getting ready to start trying to conceive. Her daughter had just turned 2, and she and her husband were living happily, albeit far from family, in Toronto, where Carey had a part-time job at a marketing firm.

Of course, we all know what happened next.

With no safe child care options during a pandemic, Carey was forced to quit her marketing job in August 2020 to care for her daughter. What had felt almost certain a few months earlier now seemed unthinkable.

“We couldn’t imagine going through another pregnancy, birth and newborn phase with so few options for support,” she said.

For a while, she still held out hope that the situation would improve before her 35th birthday this July, which for genetic health reasons, she and her husband, Graham, had always considered a cutoff.

The final straw, though, was seeing how the pandemic revealed a glaring lack of structural support for families. Now, Carey said, she feels sad but resolute about her decision. “The new realization of just how little society values kids and parents — especially mothers — in any way beyond lip service was a major deterrent.”

A Potent Form of Birth Control

Certainly, many people have had pandemic babies. Alec and Hilaria Baldwin, whose child care concerns are presumably different from most people’s, will soon have three of them. But for some older millennials who already had one or more children heading into the pandemic, the real stakes of parenting through some of the worst times to be a parent in recent history have proved to be a potent form of birth control.

Slogging through pandemic life, with all its unpredictable setbacks and derailments — not to mention brushes with existential terror — has had a similar feeling to postpartum life, but without the silver lining of an adorable newborn. Adding an actual newborn to the mix? Forget about it, say some, at least for now, and probably forever. (It’s also worth noting that there has long been a gap between the number of children Americans say they want versus the number they end up having.)

There’s another, more straightforward aspect of pandemic birth control: waning fertility. While many aspects of life have felt like they were on hold for two years, time did continue to pass, a meaningful consideration for people who had the tail end of their 30s drip down the drain as they gained dubious new skills in Zoom and sourdough baking. What may have seemed like an exciting possibility to some, at, say, 38, seems, at 40, more like a daunting set of fiscal and, for women, physiological hurdles to clear.

For other older parents, the changes wrought by the pandemic helped clarify their limitations, in ways that were painful even as they brought them something akin to wisdom.

Sarah Balcomb, a writer who has a 9-year-old daughter and lives in Lexington, Virginia, realized that she was permanently done with reproduction the way that Hemingway once described going broke: gradually, and then all at once.

Balcomb, who is 47, had been trying various fertility treatments for years, and, in early 2020, was contemplating a round of IVF, which her insurance would cover. But she and her husband adopted a puppy in late March, and the nighttime trips from crate to yard and back gave her visceral flashbacks to the punishing first months of life with a human newborn.

On the second night, she said, the sleep deprivation produced a revelation. As she went to answer the puppy’s whimpers, “The weight of all of it came crashing down on me,” she said, listing the pandemic, polarized politics, climate change, economic inequality and systemic racism among the reasons. “I knew that night it was over.”

Now, she said, though she has some regrets about her daughter not having a sibling, there is nothing that could change her mind short of a sudden utopia breaking out. “Even if we were super-wealthy and could hire full-time help, no thanks. If the planet was miraculously fixed and there was no more war and we were wealthy, well, then. …”

And then there are pandemic divorces. Rates went up across the country after the first year of the pandemic (though it’s tough to say, of course, if these were pandemic-related; the bump could be the result of courts having been largely closed). For the parents of young children who didn’t make it through the pandemic with their relationships intact, the prospect of having more children seems much less likely than it once might have.

This was the case for Tully Mills, 40, a former chef and illustrator who lives in Longmont, Colorado, with his 2 1/2-year-old daughter.

“The reality of not having a second kid set in gradually after the first year of COVID,” he said. “Everything was so uncertain, and survival mode was kicking in.” He and his former partner now co-parent happily, but he no longer imagines having more children, even with a future partner.

There is still a shadow epidemic of burnout among parents who lived through 2020 and 2021 with children at home who were too young even for screen time. The prospect of doubling down on babies can feel especially unappealing for the parents who are still reeling from taking on unexpected duties with no recognition or social support.

For months in the spring and early summer of 2020, before data about the relative safety of outdoor activities became available, most playgrounds in North America were closed, along with schools and day cares for all but essential workers. In urban areas, children could play in public parks and on the sidewalk, but were mostly trapped in small living spaces with their parents and siblings for months on end. The impact of those months on parents of young children is still unfolding.

Demographers have known for years that the birthrate in America is going nowhere but down, with causes that range from the extremely obvious — student debt, poverty, climate change — to the purely speculative.

It’s incontrovertible, though, that the pandemic caused an immediate drop in births: In December 2020, about nine months into the pandemic, births declined by about 8% — the largest decline of any month in that ever-so-challenging year — compared with the same month the year before.

Whether the instability and catastrophic lack of child care many families have experienced since then has curtailed fertility overall won’t be quantifiable for a few more years.
(STORY CAN END HERE. OPTIONAL MATERIAL FOLLOWS.)
Still, among parents of a certain vintage, it’s easy to find people who would have at least thought about having more children if the past few years had played out differently.

I, myself, am part of that group. Before March 2020, as I prepared for the publication of a second novel I was sure would be a career breakthrough, I was also hoping to possibly become pregnant with a third child. In fact, I had even had my IUD removed.

I still mourn the feeling of possibility and hope that I once felt when I contemplated my secret dream of having a third child, but I’ve come to terms with the reality of the situation: It’s a loss to acknowledge and mourn, rather than a thwarted ambition that still might find its way to fruition.

Also, I’m definitely going to get another cat.