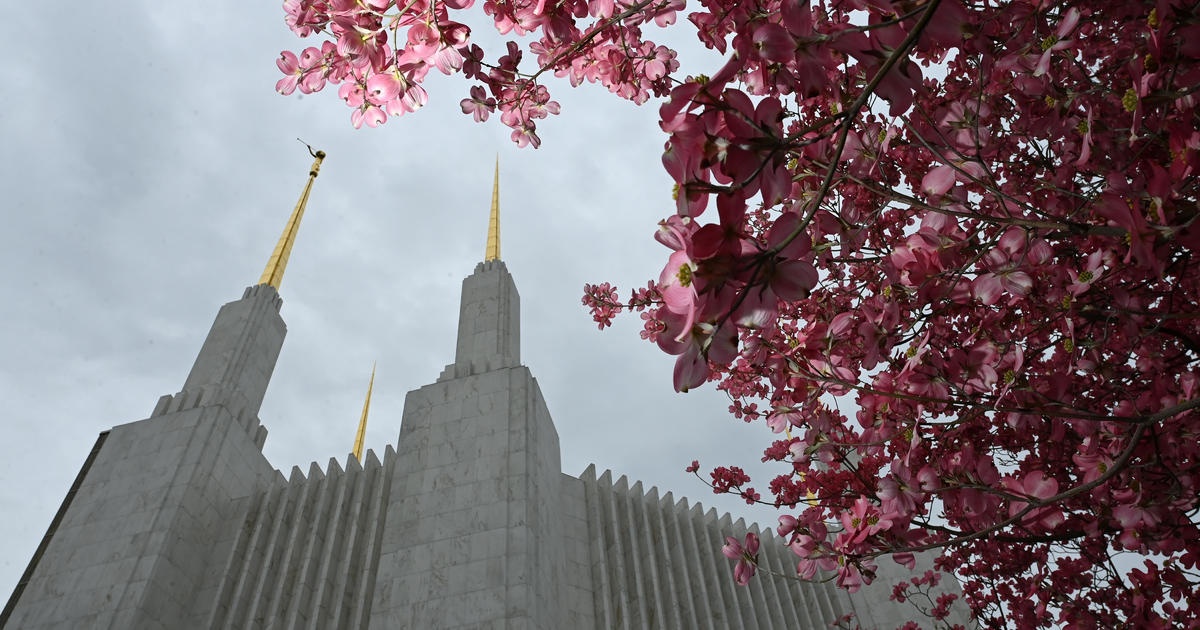 The Church of Jesus Christ of Latter-day Saints said Tuesday it would back proposed federal legislation to safeguard same-sex marriages, marking the latest show of support for the measure from conservative-leaning groups.

The nearly 17-million member, Utah-based faith said in a statement that church doctrine would continue to consider same-sex relationships to be against God’s commandments. Yet it said it would support rights for same-sex couples as long as they didn’t infringe upon religious groups’ right to believe as they choose.

“We believe this approach is the way forward. As we work together to preserve the principles and practices of religious freedom together with the rights of LGBTQ individuals much can be accomplished to heal relationships and foster greater understanding,” the church said in a statement posted on its website.

Support for the Respect for Marriage Act under consideration in Congress is the church’s latest step to stake out a more welcoming stance toward the LGBTQ community while holding firm to its belief that same-sex relationships are sinful. Still, its stance toward LGBTQ people — including those who grow up in the church — remains painful for many.

Patrick Mason, a professor of religious studies at Utah State University, said the church’s position was both a departure from and continuation of its past stances — respecting laws yet working to safeguard religious liberty and ensuring they won’t be forced to perform same-sex marriages or grant them official church sanction.

“This is part of the church’s overall theology essentially sustaining the law of the land, recognizing that what they dictate and enforce for their members in terms of their behavior is different than what it means to be part of a pluralistic society,” he said.

The faith opposes same-sex marriage and sexual intimacy, but it has taken a more welcoming stance to LGBTQ people in recent years. In 2016, it declared that same-sex attraction is not a sin, while maintaining that acting on it was.

The bill, which has won support from Democrats and Republicans, is set for a test vote in the Senate Wednesday, with a final vote as soon as this week or later this month. It comes after the U.S. Supreme Court overturned the constitutional right to abortion, with Justice Clarence Thomas issuing a concurring opinion indicating that an earlier high court decision protecting same-sex marriage could come under threat.

The legislation would repeal the Clinton-era Defense of Marriage Act and require states to recognize all marriages that were legal where they were performed. It would also protect interracial marriages by requiring states to recognize legal marriages regardless of “sex, race, ethnicity, or national origin.” It makes clear that the rights of private individuals and businesses wouldn’t be affected.

Utah’s four congressmen — who are all members of the church — each voiced support for the legislation earlier this year.

The church’s public stance is a stark contrast from 14 years ago, when its members were among the largest campaign contributors in support of California’s Prop. 8, which defined marriage as between a man and a woman in response to cities such as San Francisco granting marriage licenses to same-sex couples.

Troy Williams, the executive director of Equality Utah, said it was “thrilling” to see the church part of the coalition in support of the legislation.

“Despite differences we may have, we can always discover common ground on laws that support the strengthening of all families,” Williams, who grew up a church member, said.

The faith opposes laws that would make it illegal for churches to not allow same-sex couples to marry on their property. But it has supported state-based efforts to pass laws that prohibit employment and housing discrimination as long as they clarify respect for religious freedom.

The Respect for Marriage Act neither fully codifies the U.S. Supreme Court decision that enshrined a federal right to same-sex marriage nor details all religious liberty concerns of those who object to it.

Faith groups see it as vehicle for passing religious liberty protections they haven’t been able to in the past, said Tim Schultz, the president of the 1st Amendment Partnership.

Schultz’s organization is advocating for religious liberty on behalf of a coalition concerned with that subject — a coalition that includes The Church of Jesus Christ of Latter-day Saints.

“Same-sex marriage has achieved broad appeal in our culture in significant part because it hasn’t trampled on people who believe in traditional marriage,” he said.