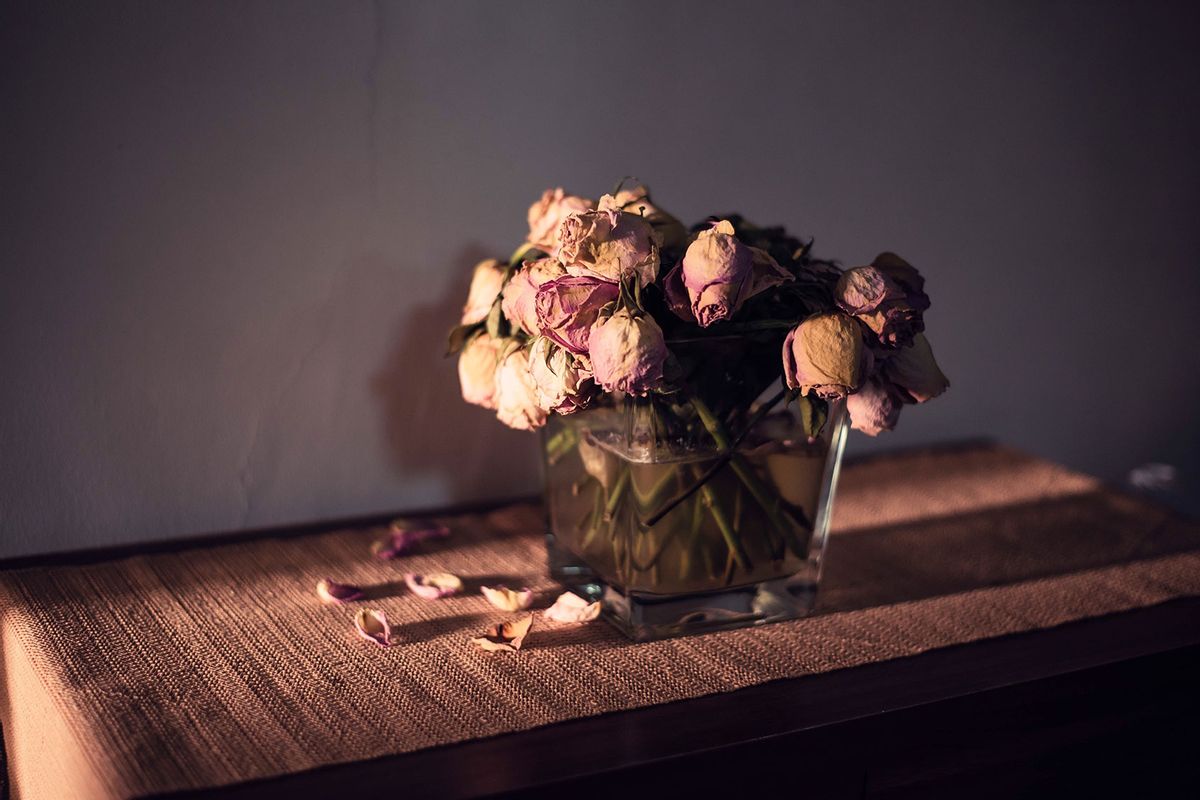 It wasn’t until I became a mother than I realized how true the saying is: Moms make the magic. For holiday joy, I would be responsible, usually alone, for cooking treats, decorating homes inside and out, shopping for and wrapping presents, remembering parties — responsible even for my own holiday: Mother’s Day.

I used to believe my dislike of Mother’s Day stemmed from the fact that I was a single mother, my now ex-husband leaving our family shortly after our child was born. Few people think of single moms on Mother’s Day. It became simply easier to let the day pass unremarked upon, just another day in which I parented alone, like every other day. No need to make extra work for myself. But in the last two years, my longtime partner moved in with my son and me and has become a constant, dependable fixture in my son’s life. I no longer have to buy my own present, to bake any treat I might eat, to clean up a festive house alone.

I still hate Mother’s Day. And many other mothers I know do too, in large part because it feels like slapping a smiley sticker on a gaping wound. There is simply a disconnect between the way we talk about mothers in this country and the way we treat them, a gulf too wide to be remedied by a day.

RELATED: Is the real monster in “Pieces of Her” the mother-artist?

In 1914, then President Woodrow Wilson made Mother’s Day a national holiday in America, building upon a memorial started by Anna Jarvis of Philadelphia, whose mother had organized women’s groups and other service programs in her home of West Virginia. Jarvis had intended the day to be one of reflection, honor and service, and grew dissatisfied with the increasing emphasis on buying gifts and commercialism, even trying to abolish the holiday toward the end of her life.

Manufactured holidays love capitalism, though. As historian Katharine Antolini told the BBC “the floral industry, greeting card industry and candy industry deserve some of the credit for the day’s promotion.” The Mother’s Day industrial complex is a big deal, with people predicted to spend $31.7 billion on the holiday in 2022, up 13% from last year, according to a report published by Forbes, dropping money on gift sets, beauty products, mail subscriptions, chocolates, fragrances, home goods and flowers.

“What do mothers really want for Mother’s Day?” is the single most popular PR pitch I’ve received in my email inbox for the past few weeks. Stand down, publicists. I can answer that question myself. What moms really want is much more than a day. And we certainly want more than gaslighting.

Surviving birth — which many people in America, the developed country with the highest maternal mortality rate in the world, do not, especially not Black women — is only the start of the battle.

The toxic, mixed messages around motherhood start early. The elevation of motherhood is perhaps one of America’s greatest tricks. To be a mother — that’s the world’s most important job say the empty platitudes from church groups and politicians. Strange that the world’s most important job doesn’t pay anything. It also comes with extreme risks and diminishing returns.

New mothers are ostracized, isolated with the encompassing reality of caring for a newborn which some moms, like me, must do totally alone, often not by choice. The food train from the neighbors only lasts for so long, and childless friends are less sympathetic when you’re still dealing with sleep deprivation six months on. “Most new moms experience postpartum “baby blues” after childbirth, which commonly include mood swings, crying spells, anxiety and difficulty sleeping,” writes the Mayo Clinic. But over 30% of moms experience postpartum depression, a figure that some experts believe could actually be double that. Risk factors vary but can include traumatic birth. Researchers have realized that some mothers endure birth experiences so physically and emotionally difficult, it can led to post-traumatic stress disorder, different from postpartum depression.

But surviving birth — which many people in America, the developed country with the highest maternal mortality rate in the world, do not, especially not Black women — is only the start of the battle. Last year, according to the U.S. Census Bureau, around 10 million mothers living with children in the U.S. were not actively working jobs, an increase of 1.4  million more than the previous year.

The pandemic is to blame for the increase, with mothers expected to sacrifice their employment — in many cases, to completely leave the workplace — in order to become ad hoc teachers for their children. COVID set back women’s gains in the workforce to the lowest levels since 1988. While many parents worked from home, 71% of fathers reported a “positive outcome” of remote work while only 41% of mothers did, according to a 2021 study, perhaps because mothers were still expected to do it all while working their jobs from home: to cook, clean and be the one whose meetings are interrupted, the one expected to entertain children or keep them on school task.

Fatherhood allows many men to get ahead at work, giving them a perceived advantage.

Even before the pandemic, mothers were less likely to be promoted at work. As reported in a UK study, “only 27.8% of women were in full-time or self-employed work three years after childbirth, compared to 90% of new fathers.” Motherhood is seen as interfering with work in a way that fatherhood does not, and mothers are treated differently. According to Psychology Today, “Not only are working mothers often seen as lacking the determination to get ahead, they may also be regarded as violating social norms by failing to be ‘ideal mothers,’ i.e., putting their work ahead of their children.” (Hell, even this “Fox & Friends” host just voiced his opposition to the Department of Homeland Security hiring a pregnant woman.)This attitude of childbirth and childrearing disrupting work does not extend to fathers. On the contrary, fatherhood allows many men to get ahead at work, giving them a perceived advantage: “Men with children typically receive higher starting salaries and are held to lower performance standards than nonparents.”

We know that women, particularly women of color, are paid less than men, but mothers specifically are punished financially more than fathers, which some experts call the “Motherhood Penalty.” Single moms are punished most of all. As reported by the National Women’s Law Center, mothers earn 75 cents for every dollar paid to fathers — which ends up being a loss of $15,300 yearly — and single mothers earn only 54 cents for every dollar paid to married men.

As if the drastic gap in income and lack of promotions weren’t bad enough, mothers also don’t have enough support: in some cases, not enough childcare to even work. Columbia University describes the childcare crisis as “a threat to our nation,” holding not only mothers back from employment, financial gains and advancement, but holding children back from educational and social development. In Denver, Colorado, childcare was described in 2022 as costing as much as a second mortgage. And that’s if you can find a place. The burden of childcare, providing it or finding it, still falls overwhelmingly on mothers.

My country loves mothers, but only as an idea.

My name never budged on the childcare waitlist I put my son on when he was a newborn. When he finally went to all-day, public kindergarten, I sold and published two books within two years of each other, with a third forthcoming. I finally had the time to think, the space to get my work done. Before that, I stayed up until 2 or 3 in the morning most nights. I worked in my car, writing against the steering wheel while my child napped in his car seat. I wrote my dissertation one-handed, while he slept in a sling on my chest. That’s no so unusual. That’s what moms do. Because we have to.

The determination of mothers cannot be overstated, but our reward for getting things done no matter what is fewer jobs and promotions, lower pay and abysmal medical care. The latest attack is the most dire, with the Supreme Court predicted to reverse Roe V. Wade, which has permitted legal abortion for 50 years. Since the pandemic, it’s hard not to feel like we’re sliding swiftly backward when it comes to the advancement of mothers, an advancement that had never budged very far in the first place.

My country loves mothers, but only as an idea. The concept of motherhood as selfless, all-consuming and noble is outdated, and the notion that we celebrate mothers for one day out of the year while doing everything in our power to keep them down all other days is pathological. Tell me again why a greeting card is enough?

A day can’t fix the way America treats mothers. Keep your day, your carnations and your breakfast in bed. What I want is change.