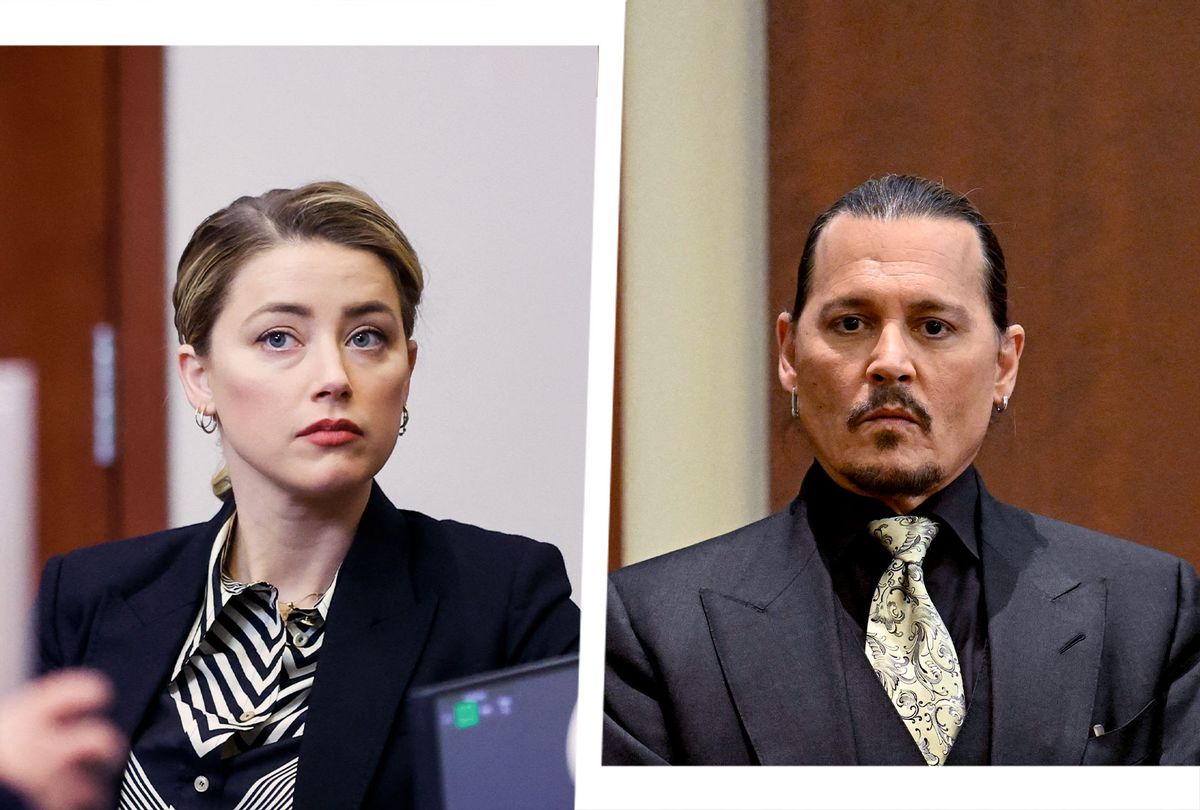 The Johnny Depp-Amber Heard defamation trial has not only captivated a nation obsessed with celebrity culture, but has captured the attention of psychologists and therapists across the country. From TikTok to Twitter, mental health therapists are taking to social media to weigh in on the trial, as the intersection of mental health, past traumas and domestic violence come into question.

The civil trial concerns Depp suing Heard for $50 million over defamation over an essay she wrote for The Washington Post in 2018. In the essay, Heard said she had become the “public figure representing domestic abuse.” Heard wrote, in the essay, that she wanted to “ensure that women who come forward to talk about violence receive more support.” While Depp was never named directly in the essay, his attorneys argue it indirectly refers to the allegations she made against him during their divorce.

Last week, the jury heard a pre-recorded deposition from Laurel Anderson, a clinical psychologist who provided couples psychotherapy to the couple in 2015. In her deposition, Anderson described their dynamic between the two as one of “mutual abuse.” She said that Depp told her that Heard “gave as good as she got.”

“It was a point of pride to her, if she felt disrespected, to initiate a fight … her father had beaten her,” Anderson said, adding that Heard allegedly would rather be in a fight with Depp than see him leave. “Their process is a back and forth firing to each other,” Anderson said.

As the National Domestic Violence Hotline explains, couples therapy is not advised in an abusive relationship. “Relationship counseling can help partners understand each other, resolve difficult problems, and even help the couple gain a different perspective on their situation,” the National Domestic Violence Hotline states. “It cannot, however, fix the unequal power structure that is characteristic of an abusive relationship.”

Nickerson told Salon that it would be difficult to decipher from the snippets viewers have heard in court whether there was “mutual abuse.” But typically, therapists don’t see “mutual abuse in a relationship.”

But what’s a couples therapist to do when there is suspected or obvious abuse? Amias said that in such a case, couples therapy is “contraindicated,” adding the usual couples therapists screen for domestic violence during an initial intake with the clients.

“If there is domestic violence, [the couples therapist] provides resources for the person who is experiencing abuse, to get support and help and generally there’s a recommendation for individual therapy, in lieu of couples therapy, to support that person in responding to the abuse that they’re experiencing,” Amias said.

“There’s a difference between harmful behaviors and abuse; from what I have heard, both Johnny and Amber spoke to each other in emotionally harmful ways, ways that would have damaged their relationship, but did not rise to the level of emotional abuse.”

This idea of “mutual abuse” has also become a point of discussion. Dr. Kathy Nickerson is a licensed clinical psychologist and nationally recognized relationship expert who has been making TikTok videos about the hearing from a therapist’s perspective. Nickerson told Salon that it would be difficult to decipher from the snippets viewers have heard in court whether there was “mutual abuse.” But typically, therapists don’t see “mutual abuse in a relationship.”

“We see one person being the initiator and one person responding,” Nickerson said. “There’s a difference between harmful behaviors and abuse; from what I have heard, both Johnny and Amber spoke to each other in emotionally harmful ways, ways that would have damaged their relationship, but did not rise to the level of emotional abuse.”

Saba Harouni Lurie, a licensed marriage and family therapist and founder of Take Root Therapy, told Salon via email it’s difficult to know what happened between Depp and Heard. However, in her opinion, mutual abuse in relationships is not “uncommon,” in part because people come into relationships with their own “trauma and potentially harmful communication methods.”

Did their couples therapist fail them?

“No, I think this was a very complex case that would have challenged even the best of therapists,” Nickerson told Salon. “Couples therapy is most effective when we have two individuals who are relatively emotionally healthy and stable; neither one of them was in a very stable place at the time.”

Lurie added that, unfortunately, “the therapist doesn’t have any obligation to work with or protect either of them as they are both adults.”

“And furthermore, as it pertains to protection, there are often many laws around what would justify a therapist’s breach of confidentiality,” Lurie said. “Sadly, abuse in a relationship between two adults does not fall under that umbrella.”

Legally, in the state of California, therapists cannot “report past abuse or even abuse that is actively occurring between two adults if neither adult is defined as vulnerable or dependent,” Lurie said.

“We can only breach confidentiality if a client reveals plans and intends to harm someone or themselves in the present or future,” Lurie said.