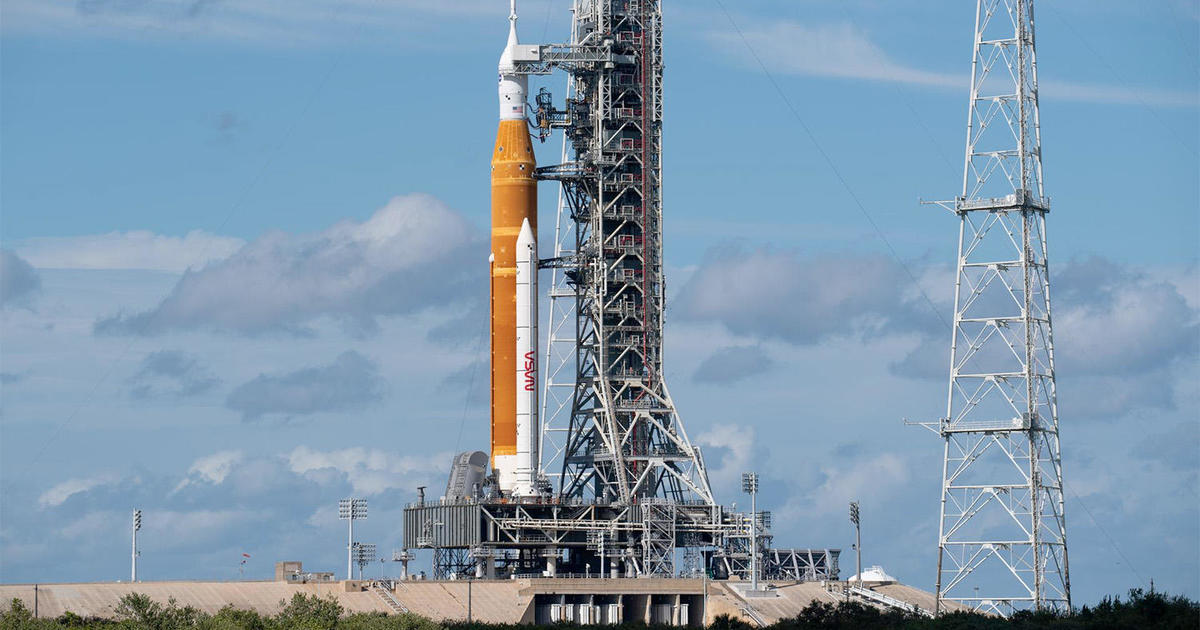 NASA managers Monday reviewed the threat posed by hurricane-damaged insulation on the Artemis moon rocket and cleared the $4.1 billion booster for launch “as is” early Wednesday. The launch would kick off a long-delayed flight to boost an unpiloted Orion crew capsule around the moon and back.

Even if more strips of the caulk-like “RTV” insulation pull free during the Space Launch System rocket’s climb to space, an engineering analysis showed the material is not massive or dense enough to cause any significant damage even if a piece hits one of the two lower stages or strap-on boosters, engineers concluded.

And so, with the countdown proceeding into its final hours, NASA’s mission management team unanimously approved pressing ahead to a third launch try at 1:04 a.m. EST Wednesday, the opening of a two-hour window.

“I asked if there were any dissenting opinions, there were none,” said Mike Sarafin, the Artemis 1 mission manager. “We accepted that flight rationale. … So there’s no change in our plan to attempt to launch on the 16th.”

The 322-foot-tall Space Launch System rocket, the most powerful ever built by NASA, is the linchpin of the agency’s Artemis moon program, capable of boosting Orion moonships and other components directly into lunar orbit for rendezvous with a planned space station and lunar lander.

But the first SLS to roll off the assembly line has been beset by hydrogen fuel leaks and other glitches that have interrupted multiple fueling tests and two launch tries since the vehicle was rolled out to launch pad 39B for the first time last March, more than 240 days ago.

After coming up with a “kinder, gentler” technique for fueling the rocket to minimize any leakage, engineers rolled the SLS back out to the pad on November 3 to prepare for another launch try, despite predicted development of a sub-tropical storm in the Caribbean.

That storm eventually intensified and became Hurricane Nicole, but by that time is was too late to haul the rocket back to the protection of its assembly building. Instead, it rode out hurricane-force winds and rain at the pad, exposed to the elements.

Surprisingly, perhaps, the SLS rocket and launch pad suffered no major damage. But engineers discovered a 10-foot section of RTV insulation covering an indentation between the Orion crew capsule and the base of its protective nose cone had delaminated and pulled away in smaller pieces in the high winds.

That part of the rocket cannot be reached at the launch pad, prompting a detailed engineering analysis to determine what threat, if any, might exist if any additional RTV pulled away during flight.

“The concern with RTV is that we could have a small piece or a large piece come off, it could hit the right place in the airflow and come down and strike the vehicle and cause damage,” Jim Free, NASA’s director of exploration systems, told CBS News in an interview.

“That could either catastrophically lose the vehicle or degrade performance in some way. And we have to run all of those to ground before we move on.”

The concern was similar in some regards to discussions that preceded the shuttle Columbia’s launch in 2003, when a large piece of foam insulation came off its external tank and fatally damaged the orbiter’s left wing. In that case, the pre-flight analysis did not adequately assess the risk with catastrophic results.

“I think I’d be foolish to say (Columbia) isn’t in everybody’s mind,” Free said. “The transport analysis we’re doing is rooted in the learning that we’ve had from space shuttle.”

Keeping lessons learned from Columbia in mind, engineers carried out a rigorous analysis and concluded the SLS insulation was not a credible threat. With forecasters predicting a 90 percent chance of good weather, launch may well come down to whether earlier problems fueling the giant rocket have, in fact, been resolved.

Bill Harwood has been covering the U.S. space program full-time since 1984, first as Cape Canaveral bureau chief for United Press International and now as a consultant for CBS News. He covered 129 space shuttle missions, every interplanetary flight since Voyager 2’s flyby of Neptune and scores of commercial and military launches. Based at the Kennedy Space Center in Florida, Harwood is a devoted amateur astronomer and co-author of “Comm Check: The Final Flight of Shuttle Columbia.”