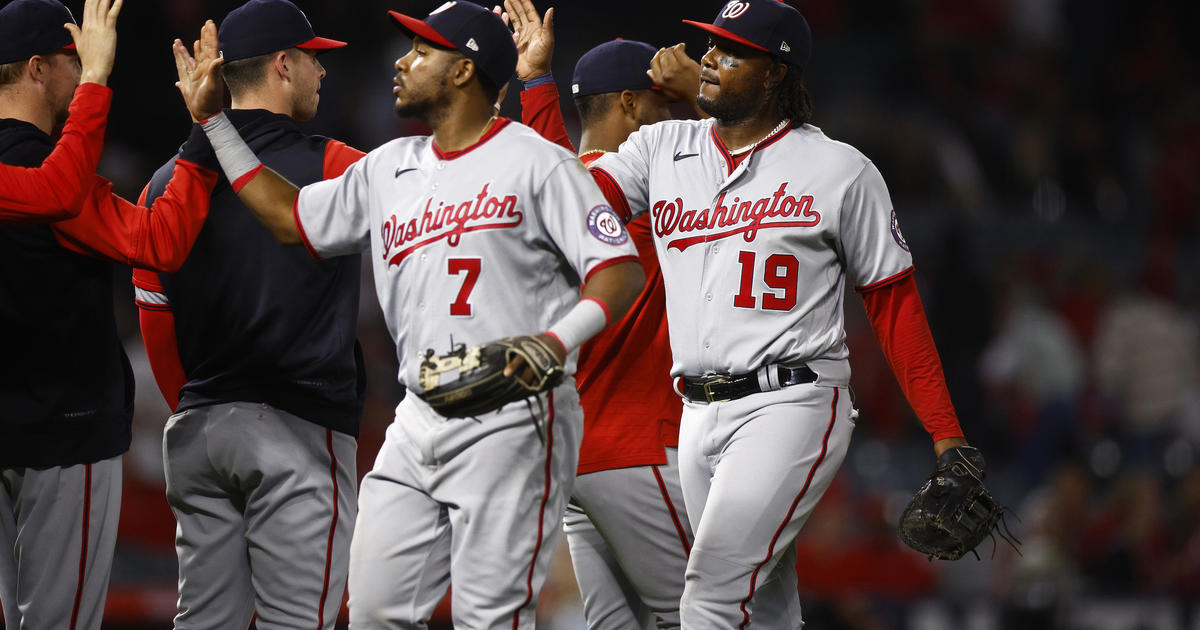 The Washington Nationals poured it on the Angels pitching staff Saturday, powered by three home runs in their 7-3 victory.

With Michael Lorenzen (3-2, 4.13 ERA) taking the mound for the Halos, the Nationals struck early and often, beginning the contest with a two-out homer off the bat of first baseman Josh Bell, who crushed a 425-foot homer to centerfield on the seventh pitch of the at bat.

They tacked another on in the top of the first when Yadiel Hernandez hit his own solo home run to right-centerfield, making it 2-0 early on.

Maikel Franco added a pair in the top of the fourth on a bases loaded single.

The Angels cut the lead to one run in the bottom of the fourth inning on a pair of homers from Jared Walsh (378 feet) and Brandon March (two-run, 429 feet), but that would be the extent of their offensive output for the day.

Two of the Nationals runs were allowed by Elvis Peguero, after he relieved Lorenzen in the fifth.

Again in the fifth, the Nationals added another run in the form of Nelson Cruz’s 452nd career home run, a two-run shot to left field. Franco then drove in his third run of the game in the top of the sixth, on an RBI double.

Recently recalled reliever Kyle Barraclough tossed a pair of scoreless innings for the Halos, his first big league appearance since 2019.

Mike Trout, Shohei Ohtani and Taylor Ward were all held to 1-for-4 performances on the day.

With the series currently split, the two teams will face off for the third and final game of the interleague series on Sunday at 1:07 p.m., when the Halos send Patrick Sandoval (1-1, 1.29 ERA) to the mound against Erick Fedde (2-2, 4.68 ERA).