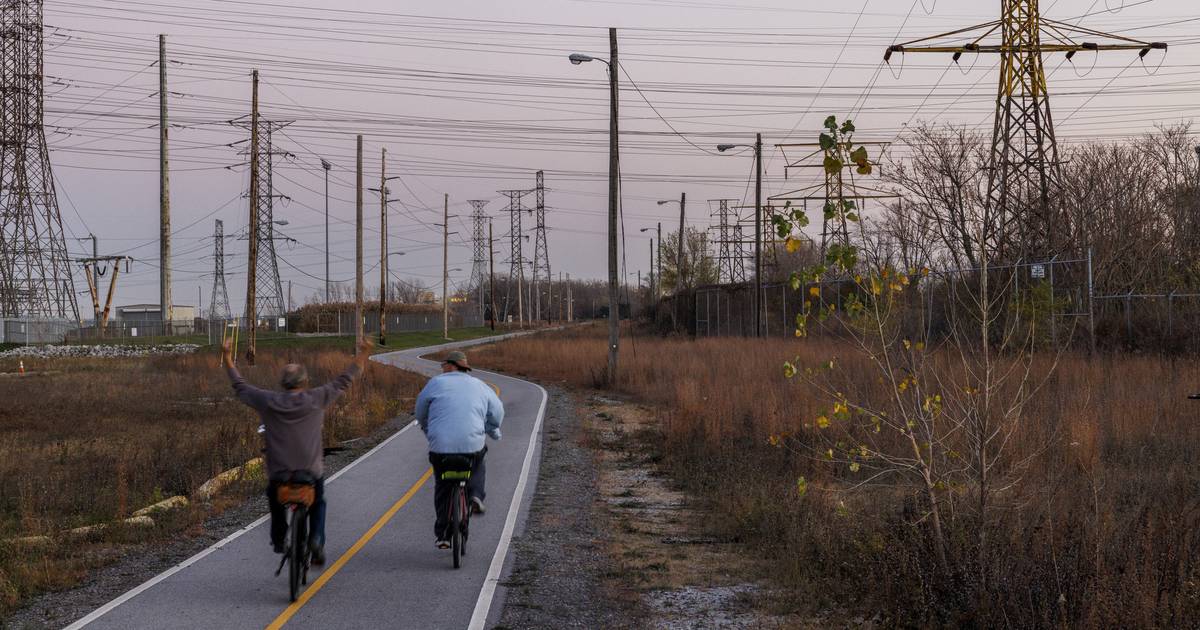 Chicago’s East Side and New Buffalo, Michigan, could in the coming years be connected by a trail, providing cyclists and pedestrians access to industrial cities, lakefront towns and Indiana Dunes National Park, planners said.

The roughly 60-mile trail, known as the Marquette Greenway, has been planned for more than a decade. Parts are already built and others are funded, but Indiana and Michigan planners are still searching for funding for the last sections.

If they are successful, the trail could be largely complete within three or four years, said Mitch Barloga, transportation planning manager with the Northwestern Indiana Regional Planning Commission. He sees the trail as an economic and environmental benefit to the area, with the ability to help improve residents’ health and well-being.

“It’s providing people an opportunity to access different parts of our region,” he said. “They can now do so by bicycle or by walking if they need to. If they need to access jobs or places to shop.”

In Michigan, planner Marcy Hamilton said the trail can provide an alternative to cars to get to downtown New Buffalo, a popular vacation town that she said often has parking shortages, especially in summer.

Once complete, the trail is expected to start in Calumet Park in Chicago, quickly cross into northwest Indiana and run to downtown New Buffalo. It is expected to provide access to downtowns and outdoor activities, run past a steel mill and connect the east and west halves of the Dunes national park.

Eventually, planners hope to connect the path to the Lakefront Trail in Chicago and to towns further up the lakefront in Michigan, though plans for those connections are not funded.

More than one-third of the trail has been built in sections over the years, including, in recent years, the section in Calumet Park, which runs along a service road.

The remaining pieces of the trail are expected to cost between $45 million and $50 million, though part of that is for the piece of trail that runs through the Dunes national park, which is expected to be funded by the park, Barloga said. For the portions outside the park, a federal grant and local municipalities are paying for part of the trail, and planners are still searching for the last $5 million to $8 million needed for the project.

Planning the path hasn’t been straightforward, Barloga said. Unlike trail projects that follow old railroad paths, there was no ready-made corridor for the greenway. Planners had to work with abandoned areas, environmentally sensitive areas and a national park, and have to create bridges and grade separations in many places, he said.

Michigan planners, for their part, spent the past five years working to find a route to accommodate a 10-foot paved path, said Hamilton, senior planner with the Southwest Michigan Planning Commission. It involved working with Amtrak on a portion of the path that runs along railroad tracks, surveying and relocating endangered plants and working to get one of the communities along the trail on board with the plan, she said.

They were recently looking to raise the last $300,000 of the $5.6 million needed for the Michigan piece of the trail, then hope to start construction in spring 2023, she said.

“This gives folks another safe route to get into New Buffalo without using their car, which is nice,” Hamilton said. “And that’s for local people and out-of-town people.”