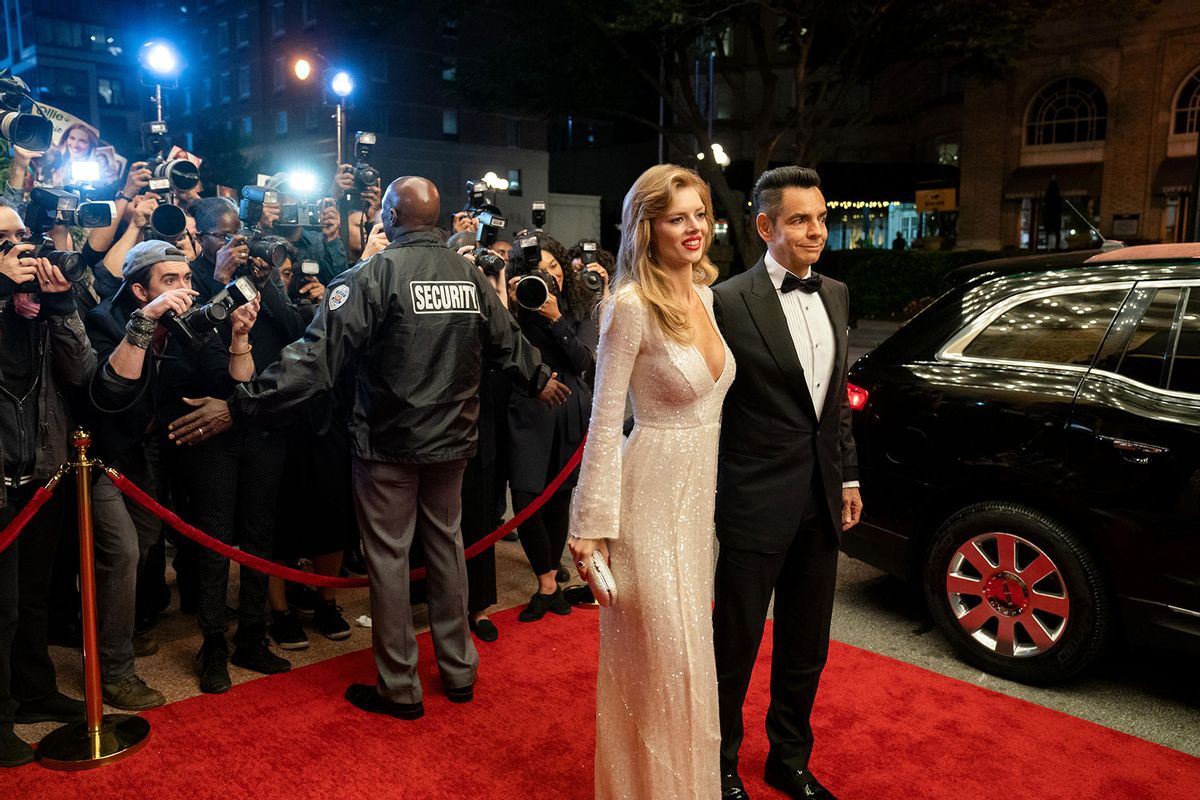 When it appeared like magic on Netflix’s home page, a new movie with Rebel Wilson, you clicked eagerly. Sure, “Senior Year” is about a high school cheerleader who slips into a coma for 20 years after a stunt gone wrong, but when she wakes up, she gets down to business and things get interesting, not to mention nostalgic for any of us who survived the early 2000s. The film is as delightfully light as your grandmother’s angel food cake and just as sweet as that sugary treat, if not without its continuity errors.

But then a mere hour and 53 minutes later, it’s over. And the weekend stretches on. COVID rates are rising again, monkeypox is on the burning horizon and in some places around the country, it’s going to snow. In late May. Now what?

The golden age of streaming has tended to focus on series, hits like “Stranger Things” and “Yellowjackets,” but services like Netflix, Disney+ and Hulu still offer a wealth of films. It’s almost time to return to Hawkins and one of these days, we’ll get back to Wiskayok, New Jersey. Yet sometimes, you only have a few hours, if not less, to devote to entertainment before dinner is done, or the kids arrive home or you fall asleep on the couch. For that amount of time, you need a film.

From childhood toons given the “Who Framed Roger Rabbit?” treatment to a documentary about everyone’s least favorite billionaire, here are new movies to stream premiering this weekend – and one film to look forward to for next week.

If you’d prefer a romantic comedy to transport you far away from your couch, try the Down Under Netflix flick starring Victoria Justice and Adam Demos. It’s not Christmas season but that doesn’t mean we can’t have an ambitious big city girl transported to (the wine) country, trying to win an important account — and maybe unexpectedly winning someone’s gruff heart in the process.

Remaking French farces is all the rage, and in Hulu’s offering, adapted from a 2005 French film, a movie star convinces a valet from a Beverly Hills resturant to pretend to be her boyfriend, in order to save her from a public relations fiasco involving a married man. Fake dating is always fun onscreen (or on the page) and a story combining the talents of “Nine Perfect Strangers” Samantha Weaving and the charming Eugenio Derbez may fill the romantic comedy-shaped hole in your heart.

3 “The Kids in the Hall: Comedy Punks” (Amazon Prime)

A look back at the highly influencial Canadian sketch comedy show “Kids in the Hall,” which helped launch the careers of comedians like Scott Thompson and Dave Foley, this documentary is timed to coincide with a return to the show on Amazon Prime. The documentary includes never before-seen archival footage, interviews with the comedians and with those influenced by the show, including Mike Myers and Fred Armisen.

Hear me out: VH1’s “Behind the Music” but with chipmunks. Blending live action, traditional animation and CGI, the Disney+ film brings back the first responder rodents who may or may not have been an important part of your childhood TV viewing (they were mine). In my passionate presentation as to why this should be my family’s weekend movie night, I pointed out this film checks all our nostalgic boxes. Hammer pants! Paula Abdul and Roger Rabbit cameos! Plus, music by The Lonely Island and references to the uncanny valley! Count me in.

Launching the second season of the documentary series “The New York Times Presents,” whose first season included the monumentally influencial episode “Framing Britney Spears,” this 74-minute episode is an investigation into billionaire’s Elon Musk’s self-driving technology obsession and the deaths that have resulted from the autopilot technology.

Looking for some immature humor to help the weekend pass faster than a giant rocket shot into the river (with someone strapped to its side)? Never fear, “Jackass” is here again with another round of things I wouldn’t dare my worst enemy to do. Johnny Knoxville, Steve-O and other accident-prone regulars return for more stunts in this Netflix offering, which includes footage and outtakes from “Jackass Forever.”

How do you bring to life (sort of) Egyptian gods? Save some space next week for another documentary, this one focused on bringing Marvel comic “Moon Knight” to the small screen. The Disney Plus documentary includes behind the scenes footage, interviews with stars such as Oscar Isaac and Ethan Hawke and crew, and what is being billed as a “candid roundtable discussion” with the series’ directors.