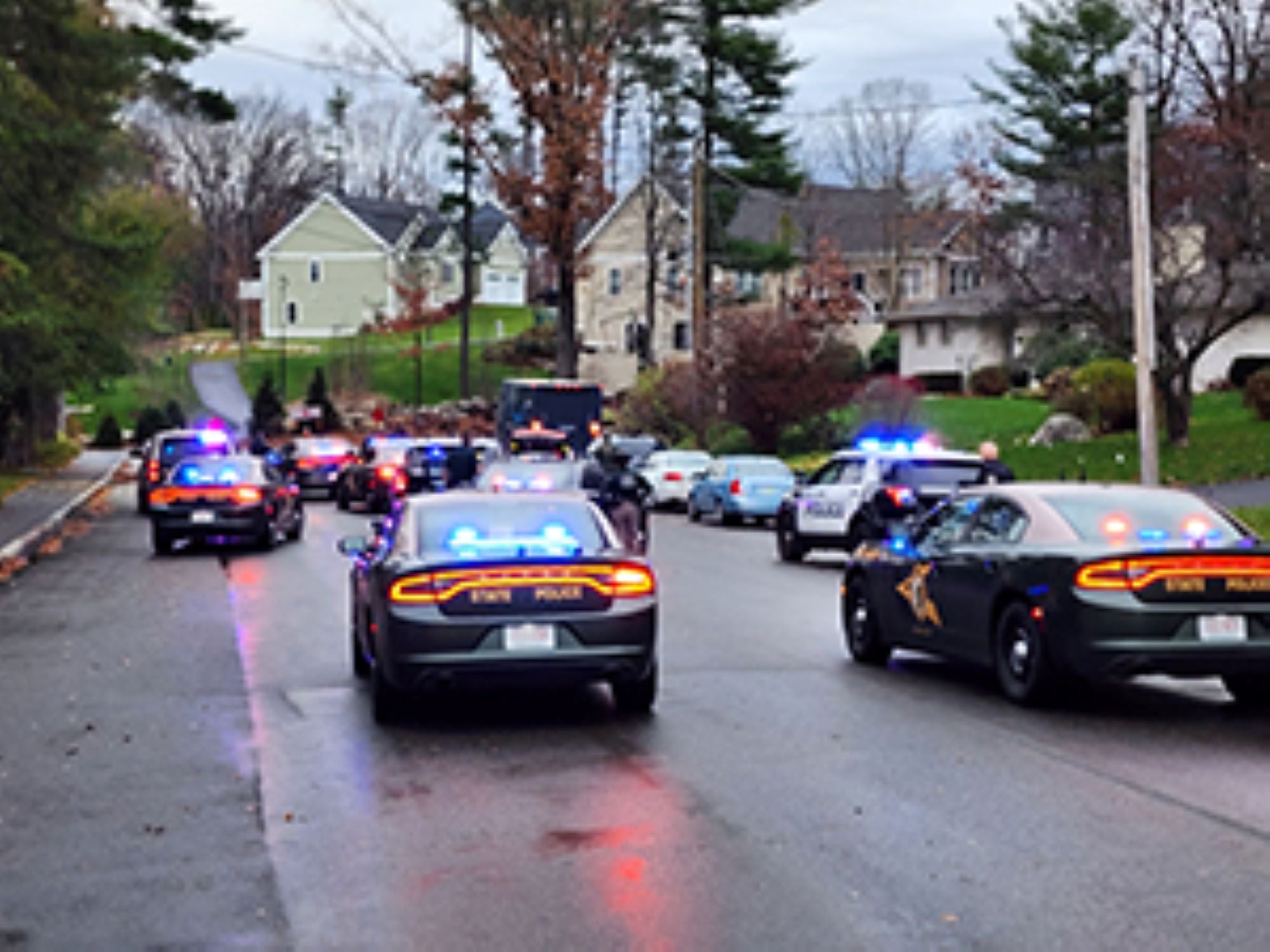 A New Hampshire man was arrested Sunday afternoon after allegedly stealing an Amazon delivery truck, leading to a car chase with police.

Richard Royea, 40, of Concord, was charged by New Hampshire State Police with receiving stolen property, resisting arrest, aggravated driving while intoxicated, reckless operation of a motor vehicle, driving without a license, and disobeying a police officer.

State Police said in a news release that around 2:45 p.m. Sunday, the Concord Police Department received a report of a stolen Amazon delivery truck that was taken while making deliveries on South Fruit Street.

The truck was tracked by cell phone and was found to be on I-93 South, police said. State Police troopers were able to track down the truck and attempted to conduct a traffic stop on I-93 in Hooksett.

The driver, who was later identified as Royea, allegedly refused to stop, and troopers began chasing after the truck in their cruisers, police said. The chase continued through Hooksett and Manchester, with the truck ultimately coming to a stop on a dead-end road on the north side of Manchester.

Royea got out of the truck and allegedly refused to follow commands given by troopers, police said. State Police K-9 Ragnar was deployed and apprehended Royea, who allegedly remained non-compliant while being taken into custody.

Royea was taken to Concord Hospital to be evaluated and treated for injuries, police said. A trooper on scene was also admitted to the hospital for minor injuries and was later discharged.

The Concord Police Department will be charging Royea in connection with stealing the truck.

Royea refused bail and will be arraigned in Merrimack Superior Court at a future date.