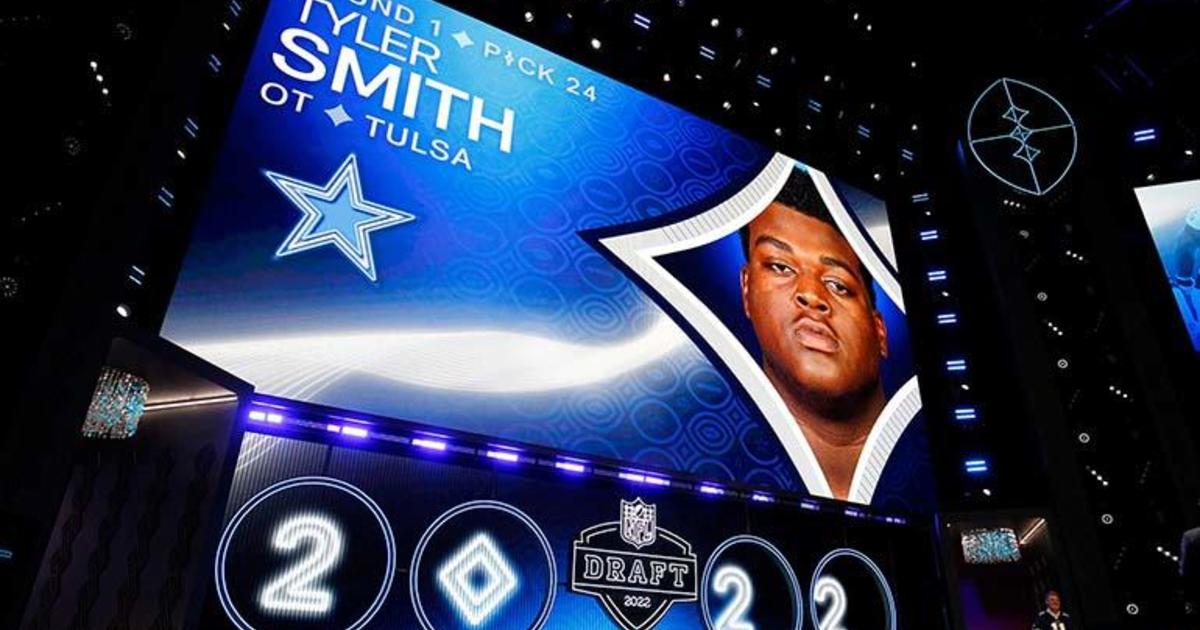 FORT WORTH (CBSDFW.COM) – By Texas high school football standards, Panther Stadium at North Crowley High School may be one of the more modest places you’ll find lit up on a Friday night.

The turf field has purple endzones and a logo at midfield. The home side bleachers extend 100 yards down the west sideline. You won’t find any wrap-around concourses, second decks or massive scoreboards.

What NCHS does have now though, that not many area programs can claim, is an recent alumnus who will be playing football 20 miles to the east at AT&T stadium this fall, and one who the Dallas Cowboys wanted this year more than any other player available.

The high school in far south Fort Worth was buzzing Friday over the news Tyler Smith would be returning home to be a pro, just three years after he was bowling over defenses on the high school field.

He was an outstanding student, according to athletic coordinator Tommy Brakel, a gentle giant who didn’t seem to get much attention from power colleges despite his success.

“They thought he was underrecruited coming out of high school a little bit,” Brackel said about the feedback from Smith’s coaches. “But he’s one that would really go and flourish wherever he was at, and he’s done that.”

While an achievement for Smith, Brackel said it was also a proud moment for the school. There have been at least three other players make it to the NFL in the school’s 24 years he said, and a handful to the NBA and WNBA. First round to the Cowboys though, is something current kids could get excited about.

“When they’re great student athletes, both students and athletes, great young men, great young ladies it makes it even that much better to sell that product,” Brackel said.

The good news came during a difficult week for the district, following the shooting death of star track athlete Rashard Guinyard after a prom party last weekend. The draft news doesn’t erase the trying time, but the community was in need of some good news Brackel said, happening to good people in the community.