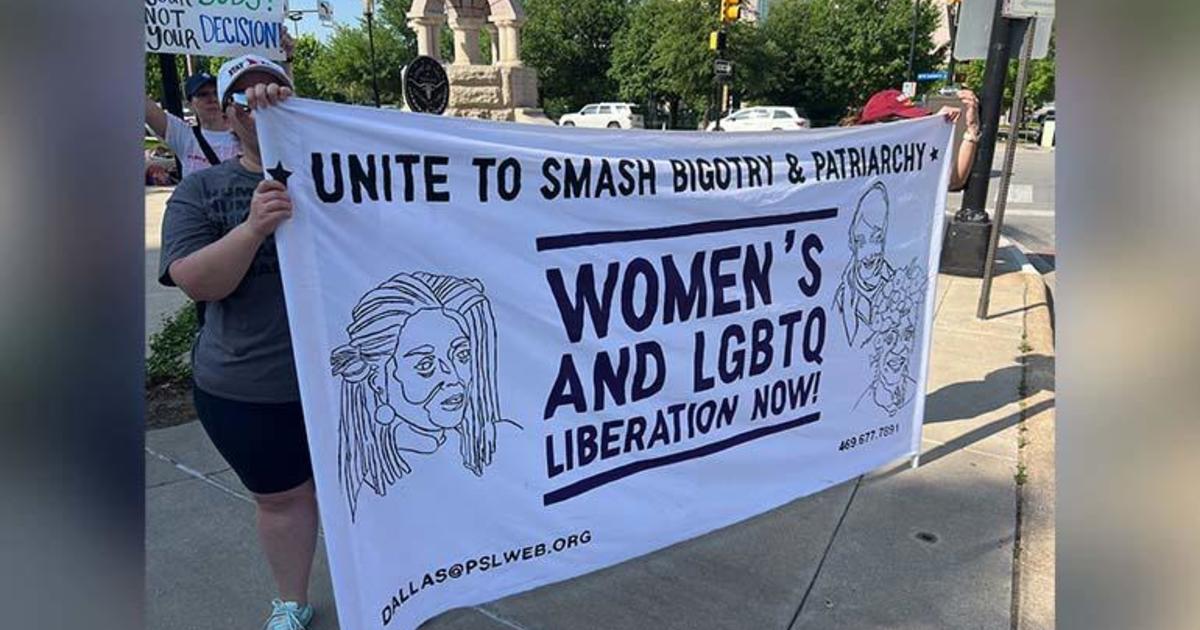 FORT WORTH (CBSDFW.COM) – The right to have an abortion has stirred up both sides of this debate for decades.

But after a leaked draft of a Supreme Court opinion to overturn Roe v Wade was made public by a reporter from Politico, people are taking to the streets. The leak even has some religious institutions on high alert.

The Catholic Diocese of Fort Worth sent out this statement on Friday calling for peace and vigilance:

“There have been numerous and public calls recently by abortion activist groups to organize disruptions at Catholic Masses across the nation in response to the leaked decision from the Supreme Court regarding Roe v. Wade. This type of activity is an attempt to threaten the rightful and peaceful assembly of Christians to worship and disrupt the sanctity of the holy sacrifice of the Mass.

These groups are calling for people to dress in costume, carry signs and record their protests while attempting to enter churches in order to cause disruption and provocation. All of us must remain peaceful, prayerful, and recollected. Each and all of us should be more intentionally aware of our surroundings this weekend and in the coming months. If you see any type of suspicious activity, please remain calm and immediately report it to church volunteers who are the ushers and guardian ministry members so that they can respond as directed in order to prevent confrontation and preserve and promote the safety of all.”

On Saturday, outside the old Tarrant County Courthouse, dozens of pro-abortion rights protesters made their opinions known.

“This directly affects me, so I had to find something to come to,” said pro-abortion rights protester Peril Holmes.

“It’s a human right, an abortion is a safe procedure and it’s a life-saving procedure and so it should be just like any other kind of medical procedure that is not politicized,” added pro-abortion rights protester Marissa Rodriguez.

They are concerned that this leaked Supreme Court draft will become a reality here soon, reversing the nearly 50-year ruling that says the U.S. Constitution protects women’s right to access abortions without excessive legal restrictions.

“I had to travel to New Mexico to get an abortion, I raised my nephew as a 20-year-old girl, I’m not trying to raise another kid,” said pro-abortion rights protester Vanessa Castillo.

This group believes the chants and holding signs will bring the attention needed to make a change.

“We see this as our moment to shine and expect that this will be the churches’ finest hour,” said Kyleen Wright, President of Texans for Life.  “We don’t get to pick and choose who lives or dies.”

Wright said their focus now is to make sure pregnancy centers have the resources they need. “We want to be there for these woman, we want to make sure that they have joyful and not sad and bitter Mother’s Days.”