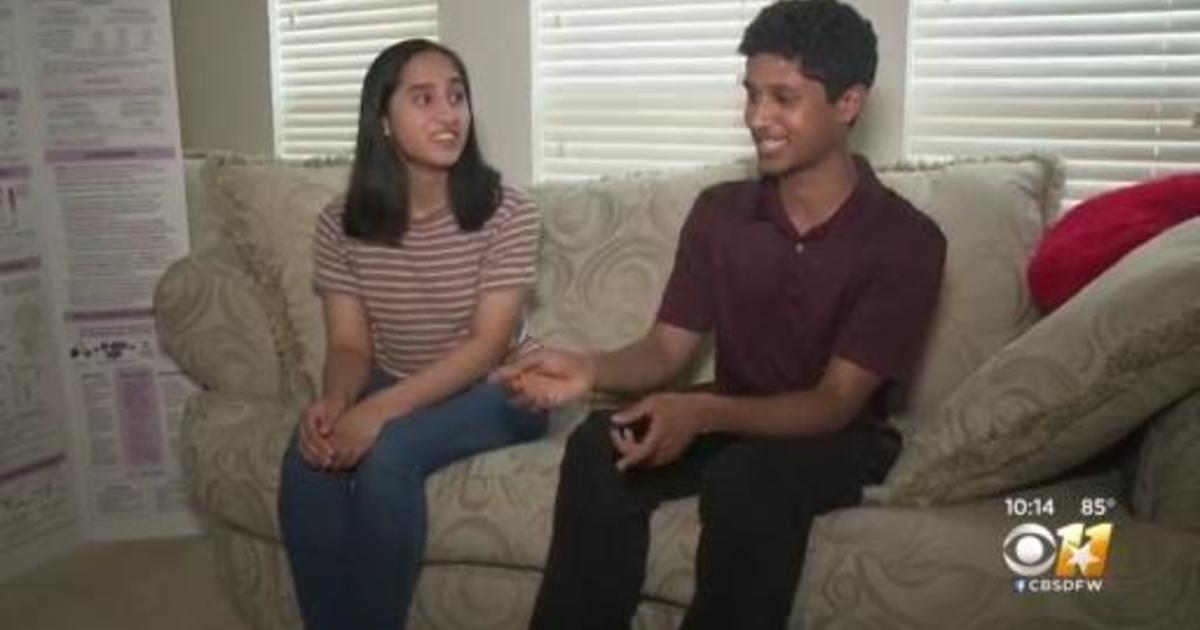 The Regeneron International Science and Engineering Fair brings together more than 1,700 young scientists from more than 60 countries.

“A cousin of mine in rural south India, she had cystic fibrosis and she unfortunately succumbed to a biofilm infection and in India – especially rural India – they didn’t have any resources or any medication to really assist her,” Bhat said.

For the past three years, she has worked to develop a treatment with natural ingredients… presenting her research this past week.

“I essentially found that when the bacteria was treated with this therapy it was able to inhibit the biofilm growth by nearly 80%,” she said.

As for Kogilathota, he has spent the last two years focusing on something so many teens experience – depression.

“I am a pretty big user of social media so when I see other teens having a negative sentiment online it can be very contagious and it’s one of the reasons I found why the teen mental health crisis is so prevalent,” he said.

He created the app iPonder to help.

“It can predict the user’s chance of having either depression, anxiety or is on a suicide watch,” he said. “It can also be used with another algorithm I created that can use numbers from the diagnostics to intelligently pair teens on the app with anonymous peer-based conversational therapy”

Last week both were recognized for their achievements – receiving first place in their categories – and taking home $5,000 in prize money.

“It makes me feel ecstatic that there are scientists out there who recognize my work as a high school student and see that it has potential but there definitely is still a lot more to be done,”Bhat said.

Both plan to use their prize money to continue their research — and hope their stories inspire others to pursue STEM.