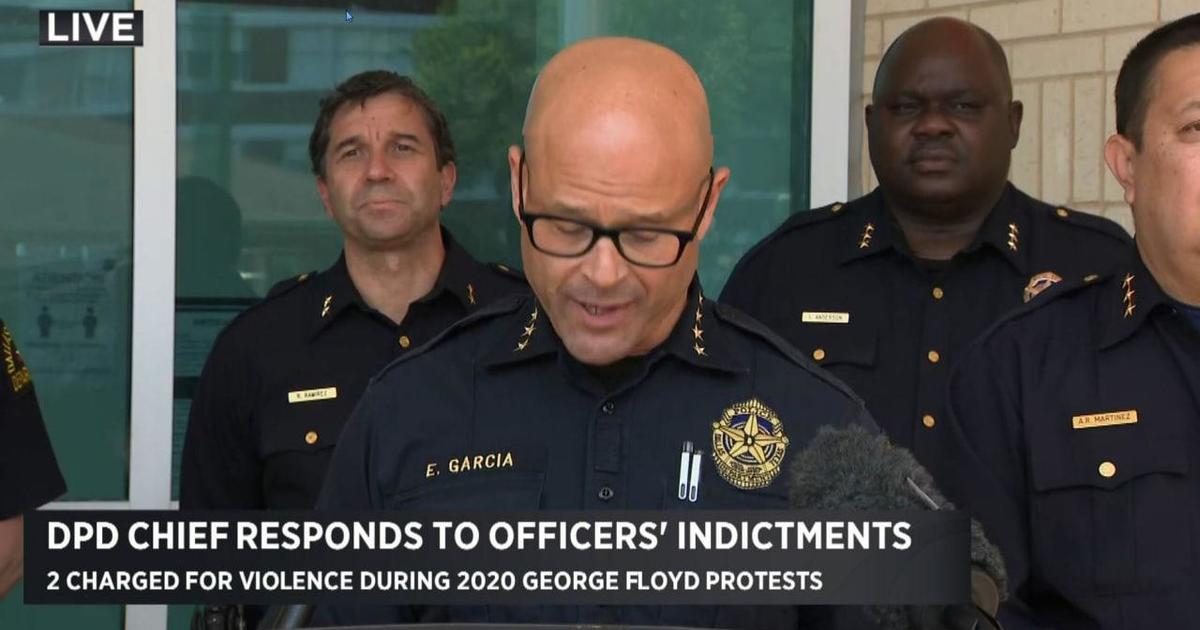 DALLAS (CBSDFW.COM) – A Dallas County grand jury handed out 15 indictments today against three officers, and leaders in both the Dallas and Garland Police Departments are not happy about the charges.

The indictments stem from protests May 30th, 2020 in Dallas as people reacted to the news about George Floyd’s death in Minneapolis by police there.

And Garland Police Officer Joe Privitt is facing one count of aggravated assault by a public servant.

Police say they are non-lethal rubber sponge ball rounds that won’t kill anyone.

“We give them [officers] and train them to use these tools, and when they use them they leave a bruise,” said Mike Mata, President of the Dallas Police Association. “I am sorry, but they are designed as a pain complaint… Now they have to worry about if they are going to be charged with a crime?”

“At this point, the system has spoken and so it’ll be up to the jurors to decide. And it’s not a defense, I simply just hope that someone can look at this through the lens of the officers during those chaotic situations,” said Dallas Police Chief Eddie Garcia.

Garland Police Chief Jeff Bryan also emphasized the danger of the situation. “Given the dangerous circumstances faced by our officers on the night of the riots, I have not seen the evidence against Officer Privitt that rises to the level of the criminal conduct that has been alleged by the grand jury.”

Mabry’s attorney, Toby Shook, says his client did nothing wrong and acted appropriately.

Williams’ attorney, Robert Rogers said this case is unprecedented and that there a lot of holes in the case.

It is unclear who is representing Privitt in court.