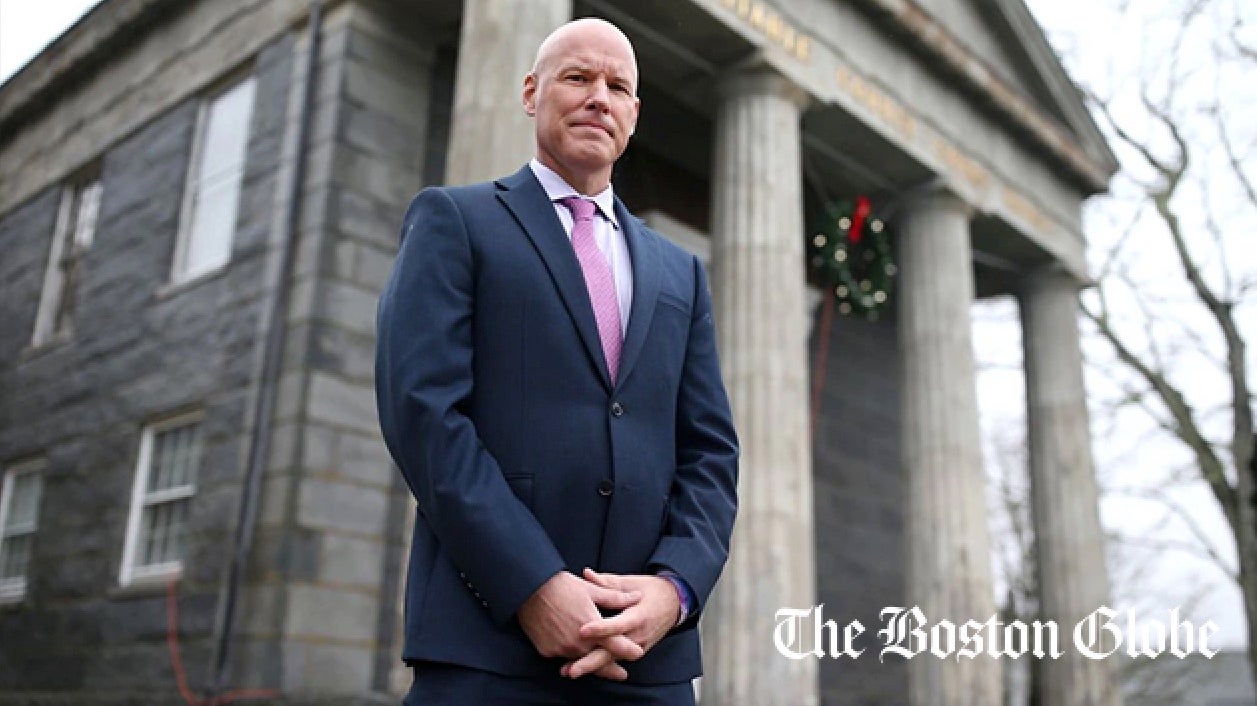 Julian Cyr woke up the day after the 2016 election as Cape Cod’s new state senator-elect. But his cellphone was not buzzing with Democratic well-wishers.

“No one called me,” Cyr said. “Everyone was so depressed.”

Not only had Donald Trump’s unexpected presidential victory sent shock waves across the country, but on the Cape, Democrats suddenly found themselves in the minority. Republicans won five of the region’s eight state legislative seats and held the local sheriff’s office. GOP candidates recaptured the majority on the three-member Barnstable County Commission. The local paper’s reporting days earlier of a potential “red tide” lapping the region felt prescient.

Six years later, that Republican swell has receded, and then some.

Once a bastion for Yankee Republicans before turning into a reliably bipartisan pocket of Massachusetts, the Cape appears to be undergoing another political transformation. It culminated in last month’s election when, for the first time, a Democrat won the local district attorney’s office, another recaptured the Cape’s sheriff’s post after decades in GOP control, and the party flipped yet another legislative seat.

As of next year, the GOP will control just two of the eight legislative seats representing the Cape and Islands, and none on the county commission, the region’s executive branch. Barnstable County — with the oldest median resident age of nearly 55 years in New England — still has a higher share of Republicans than any other county in the state. But it’s also adding registered Democrats at a time when both major parties are struggling to keep members as more voters choose to register as political independents.

In Massachusetts, there aren’t many places left for a blue wave to hit. But one just smothered the Cape.

“I feel like I just climbed out of a bomb shelter and looked around and everything is leveled,” said Adam Lange, chairman of the Brewster Republican Town Committee and the founder of the United Cape Patriots, a 1,500-member conservative group. “I don’t see a clear path forward after what we just suffered.”

The shift has been years in the making. The gains Republicans realized in 2016 held for several years; the GOP still held a legislative majority in the region as recently as late 2019. But Democrats slowly chipped away, flipping an open state Senate seat with Susan L. Moran’s special election victory in 2020 and then one in the House later that year after Kip Diggs topped Republican incumbent Will Crocker.

All the while, Democratic organizers, energized by Trump’s victory, said they were making inroads on select boards and in other local races, building both an elected base and a political organization that could help bolster candidates new and old.

“There’s an election on Cape Cod every six months. So we were out knocking doors every six months for someone,” said Sandy Milano, a Democratic organizer and former president of the Cape and Islands Democratic Council. When she was named president in 2017, Milano estimated, Democrats held roughly one-third of local board seats. By the time her tenure ended last year, it had narrowed to a roughly even split, she said.

Candidates “didn’t have to waste a lot of time trying to figure out how to build the plane,” she said. “They were building it and flying it at the same time.”

Then, Democrats broke through this year in open races once considered safely Republican. Defense attorney Robert Galibois topped Republican Daniel Higgins, a prosecutor who had served under Michael O’Keefe, the retiring GOP incumbent. In doing so, he became the first Democrat to win an election as Cape and Islands district attorney since the office was created nearly 50 years ago.

“I talked about the deep complacency that settled in over nearly a half a century,” Galibois said. He also promised to deliver change. Jessica Elumba, his incoming first assistant, will be the first woman to hold the post, and Galibois said instead of asking for cash bail in cases of nonviolent misdemeanor offenses, he’d seek to put conditions on defendants at arraignment.

Democrat Donna Buckley also won the open seat for Barnstable County sheriff to replace Republican Jim Cummings, who had held it since 1999. She defeated state Representative Tim Whelan, a well-liked, moderate Republican and former State Police trooper who, until Buckley launched her campaign in March, appeared destined to walk into office unchallenged.

Buckley, the office’s former general counsel, even attended Whelan’s campaign kickoff event. But she, too, pitched reshaping the office, including ending its agreement with US Immigration and Customs Enforcement — the last in the state — that empowers local officers to enforce federal immigration laws.

Her victory was compounded by another: Chris Flanagan, a Democrat and Dennis select board member, flipped the state House seat Whelan had held.

“With the blue wave, what I found is voters on the Cape are really looking to understand how they can improve on the issues that touch them,” Buckley said. “The Democrats connected those dots.”

As a whole, the GOP is a small, and diminishing, faction of the Massachusetts political landscape. It accounts for just 9 percent of registered voters statewide. Republicans hold just three of the state’s 40 Senate districts, and come January, Democrats will occupy every statewide elected office and every congressional seat for the first time in eight years.

Barnstable County remains a modest outlier: At 13 percent, the county has the highest concentration of Republicans in the state. But the region’s changing demographics may be swallowing those voters’ political influence.

Like most of the state, the Cape’s voter rolls ballooned by 9 percent between the last two gubernatorial elections, mostly on the backs of thousands more unenrolled voters. Yet, Barnstable County is also adding registered Democrats. It has 1,060 more than it did four years ago — the biggest increase of any county in the state. And no area saw its share of registered Democrats grow more than on nearby Martha’s Vineyard, in Dukes County.

“COVID-19 was the catalyst that created this,” said Diane Bronsdon, chairwoman of the Chatham Republican Town Committee. “We had so many people move here from very liberal places, like New York City and Boston. It sure changed the demographic.”

Democrats and some Republicans also believe the GOP’s shift to the right — both nationally and on the state level under party chairman Jim Lyons — has repelled unenrolled voters. For example, Lyons and other conservative Republicans have repeatedly railed against the state’s decision to expand mail-in voting. But on the Cape, it’s incredibly popular: Of the 10 communities where residents were most likely to vote by mail in the November election, half were in Barnstable County.

“The party itself wanted to take this hard right posture in Massachusetts, where that’s not really palatable,” said Judy Crocker, a Republican State Committee member. “And the Democratic Party is more organized — not necessarily just on the Cape.”

Whether all this holds remains to be seen. Democrats on the Cape regularly draw challengers, and while the nonpartisan Cook Political Report rates its congressional seat, on average, four points more Democratic than the nation as a whole — that’s the lowest rating of any of the state’s nine districts.

Amy Kullar, a Democrat State Committee member and chairwoman of the Bourne Democratic Town Committee, said even with the recent wins, she still considers the Cape a “marginal district for Democrats.”

“We have to work every election,” she said.

US Representative Bill Keating, a Bourne Democrat, said he, too, believes the region’s electorate still maintains its independent streak and is guided less so by party affiliation than by issues. But while national Republicans float ideas such as cutting federal spending on Social Security and Medicare, it’s Democrats, he said, who hold appeal for the region’s unenrolled voters.