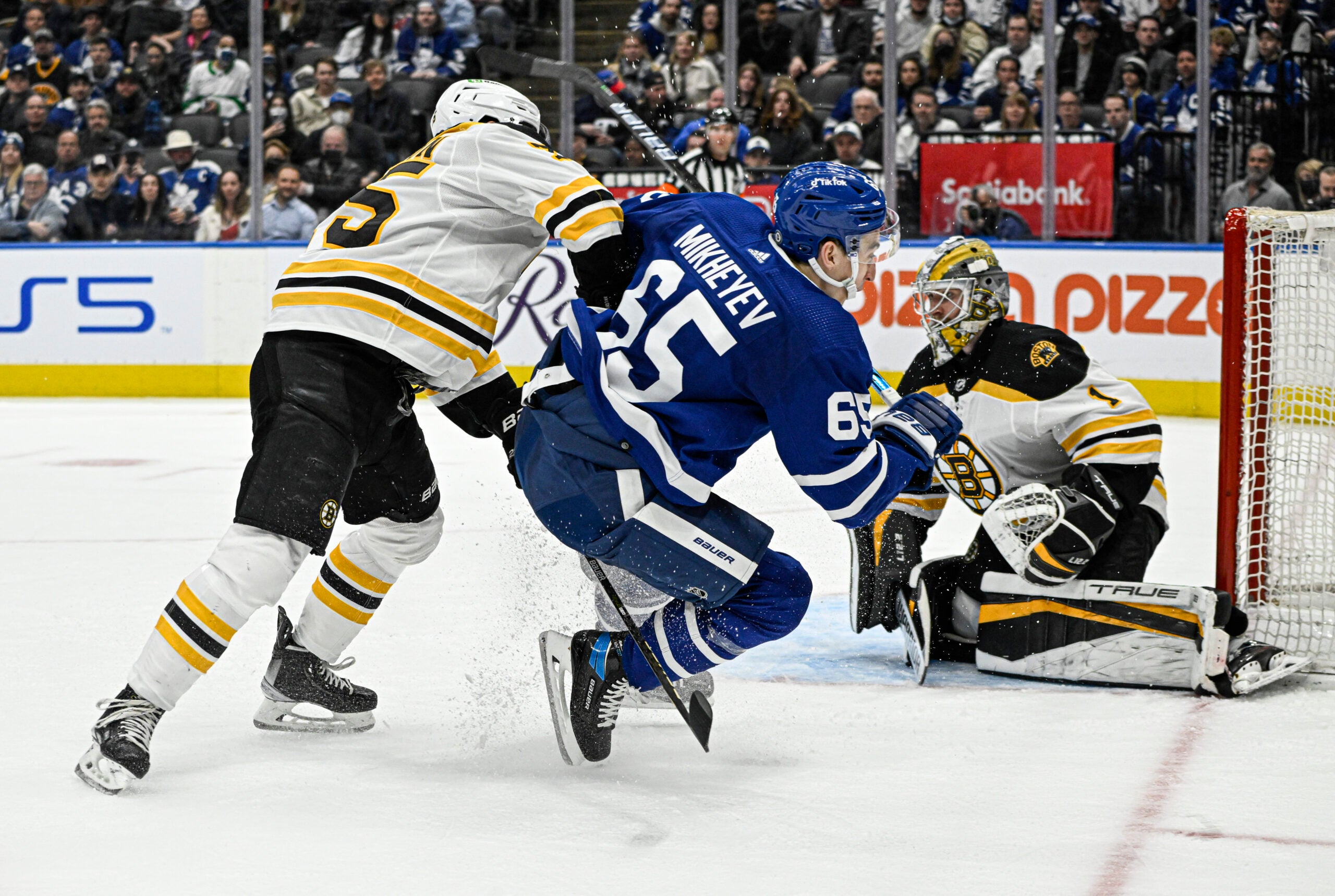 TORONTO (AP) — William Nylander scored twice and the Toronto Maple Leafs beat the Boston Bruins 5-2 on Friday night in a regular-season finale with both teams resting most of their stars.

“We’ve got 82 games in the books,” Toronto coach Sheldon Keefe said. “Now we get to play for real.”

The Maple Leafs ensured they will face the two-time defending Stanley Cup champion Tampa Bay Lightning in the first round, while the Bruins are set to meet the Carolina Hurricanes.

“Back-to-back champs, one of the best teams in the league,” Nylander said about the Lightning. “It’s going to be a tough series, but it’ll be a good battle for us.”

Having already locked up the Atlantic Division’s No. 2 seed, the Maple Leafs rested Auston Matthews, Mitch Marner and John Tavares up front, while No. 1 goaltender Jack Campbell served as the backup. The Bruins were minus Patrice Bergeron, David Pastrnak, Brad Marchand, Taylor Hall and Charlie McAvoy.

Boston, which was playing the second of a back-to-back, still had a chance of catching Tampa Bay for third in the division entering play, instead finished as the Eastern Conference’s first wild-card seed.

“You want to play every game you can,” Bruins center Charlie Coyle said. “No matter what night it is, who you’re playing, you want to be in the lineup and make an impact.”