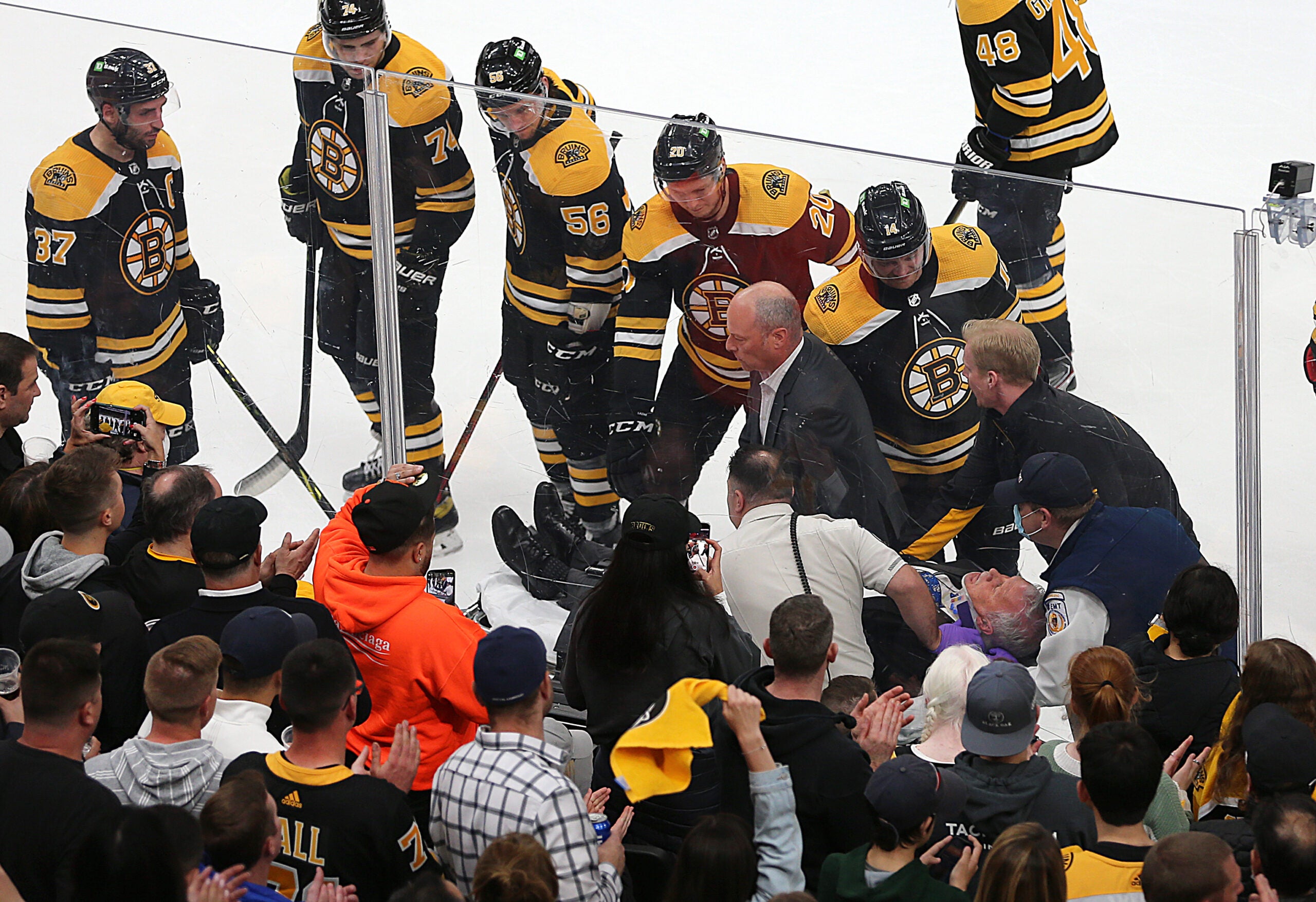 TD Garden went from jubilation to silence real quick during Friday’s Game 3 between the Bruins and Hurricanes.

With 5:07 remaining in the second period, David Pastrnak scored a power-play goal to give the Bruins a 3-1 lead. While the Boston fans were celebrating, a section of glass fell over and landed on an off-ice official sitting in the Bruins’ penalty box.

The off-ice official immediately received medical attention, pausing the game for nearly 10 minutes. The official was eventually stretchered off and was wearing a neck brace. Pastrnak gave the official a pat as he was stretchered off.

As for the goal, it was Pastrnak’s first so far in the playoffs. It was also the Bruins’ second power-play goal of the series.