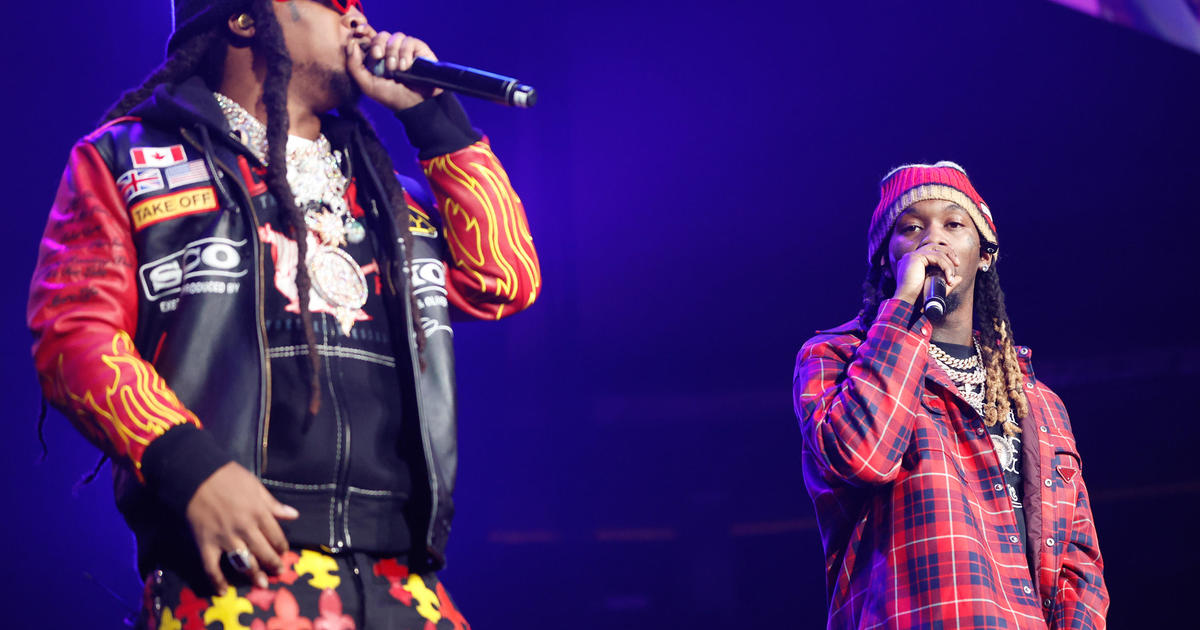 Rapper Offset released an emotional statement about the death of his cousin and fellow Migos member Takeoff, who was shot and killed in Houston, Texas, on Nov. 1, 2022. He was 28 years old.

“Dear Take, the pain you have left me with is unbearable,” the rapper wrote. “My heart is shattered and I have so many things to say, but I can’t find the words. I’ve been going to sleep and waking up hoping that all of this is a dream, but it’s reality, and reality is a nightmare.”

“Every time you would see me, you didn’t give me a dap you gave me a hug. I wish I could hug you one last time,” Offset continued. “Smoke one one last time. Perform one last time. I know someone with a soul like yours is in heaven now. I hope you can see how much we love you and miss you. You have left a hole in my heart that will never be filled.”

Offset also shared several photos and videos of himself and Takeoff, born Kirsnick Khari Ball, and ended his post with a plea to the youngest member of the trio.

The third member of Migos, Quavo, released a lengthy statement about Takeoff’s death on Instagram on Nov. 12. Quavo is also the late performer’s uncle.

“Throughout this whole time he had a REAL passion for music. It was HIS dream to become a rapper cuz I didn’t kno what I wanted to do,” Quavo wrote. “Then he created his triplet flow and the rest was HISTORY. He never worried about titles, credit, or what man got the most shine, that wasn’t him. He didn’t care about none of that as long as we brought it back home to the family!”

Fans and celebrities alike have publicly mourned the hip-hop star who popularized a style of music that came to be known as the “Migos flow.” A public memorial, held at the 21,000-seat State Farm Arena in his hometown of Atlanta, Georgia, last week, reached capacity. Photos from the service showed Offset addressing the crowd.

Migos first broke through with the smash-hit “Versace” in 2013. The group had four Top 10 hits on the Billboard Hot 100, though Takeoff was not on their multi-week No. 1 hit “Bad and Boujee,” featuring Lil Uzi Vert. They put out a trilogy of albums titled “Culture,” “Culture II” and “Culture III,” with the first two hitting No. 1 on the Billboard 200 album chart. More recently, Offset released the solo album “Father of Four” in 2019, while Takeoff and Quavo released the album “Only Built for Infinity Links” on Oct. 20, 2022, less than two weeks before Takeoff’s death.

A second solo album by Offset was set to be released on Nov. 11, according to Billboard, but has not yet been released.

Police are still investigating Takeoff’s death, which occurred at around 2:30 a.m. when gunfire erupted after a private party at 810 Billiards and Bowling in Houston, Texas. An autopsy determined he was shot in the head and torso, and it has been deemed a homicide, according to CBS affiliate KSTW. Houston Police Chief Troy Finner said in a press conference in early November that at least two people discharged firearms during the incident, and two other people were treated at hospitals for non-life-threatening injuries.