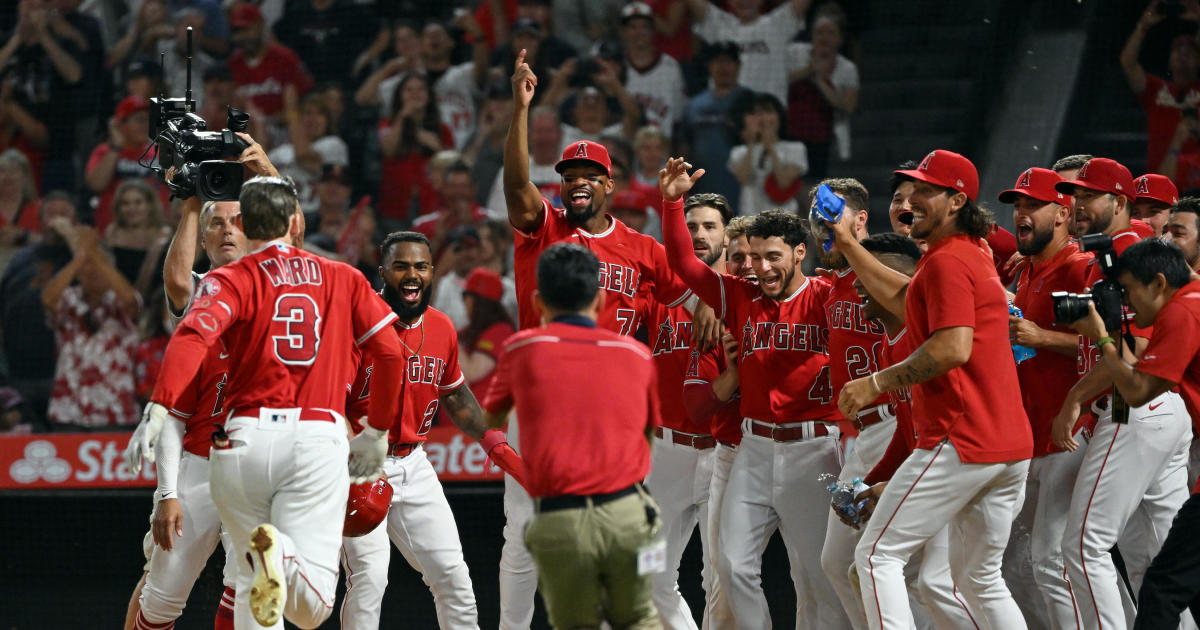 Shohei Ohtani hit a homer in the eighth inning to get the Angels’ offense started, and Taylor Ward hit a game-ending two-run blast to right-center in the 11th inning as Los Angeles completed a come-from-behind 5-3 victory over the Minnesota Twins on Saturday night.

It was Ward’s second career game-ending hit as the Angels won for the fourth time in five games.

Carlos Correa hit a home and Luis Arraez had three hits for the Twins, who blew a three-run lead in the eighth inning and remained 1 1/2 games behind the Cleveland Guardians in the AL Central.

Down to their last strike, the Angels nearly rallied for the victory in the bottom of the ninth against Twins closer Jorge Lopez. Magneuris Sierra’s two-out hit down the left-field line scored both Joe Adell and pinch-runner Andrew Velazquez to tie the game at 3. But Sierra was thrown out at home plate in his attempt at a game-winning inside-the-park home run.

The Angels then blew an opportunity to win the game in the 10th inning with Sierra on third base and Ohtani on first after an intentional walk with one out. Luis Rengifo lined out to center on a diving catch by Byron Buxton. Ohtani was running on the pitch and he was doubled off first base to end the inning.

Correa gave the Twins a 1-0 lead two batters into the game when he lifted a 2-1 fastball from Angels starter Reid Detmers into the seats in right-center field. It was his 14th home run of the season and first since July 30.

The Twins loaded the bases with nobody out in the fifth inning and took a 2-0 lead on a Correa sacrifice fly to right field. But Detmers escaped further damage when he struck out Jose Miranda and Jorge Polanco.

Minnesota tacked on a run in the eighth inning for a 3-0 advantage when Gio Urshela’s chopper in front of the plate scored Polanco.

In the eighth inning, Ohtani ended the Twins’ shutout bid and 17-inning scoreless streak when he hit a home run just out of the reach of Minnesota center fielder Buxton. It was Ohtani’s 26th of the season and fourth in his last nine games.

The Angels started their ninth-inning rally against Lopez when Adell singled with one out. Max Stassi worked a two-out walk before he was replaced on the bases by Velazquez. Sierra punched a 1-2 pitch into the left-field corner for a game-tying triple but was unable to score after the ball bounced away from Minnesota left fielder Nick Gordon.

Twins starter Dylan Bundy gave up just two hits with one walk and a strikeout in his first start against his former team since pitching for Los Angeles from 2020-21. Emilio Pagan (3-6) gave up Ward’s home run in the 11th.

Detmers gave up five hits with three walks and nine strikeouts and now has 28 strikeouts over his last three starts. Six Angels pitchers combined to record 15 strikeouts, with Ryan Tepera (3-2) earning the win.

Angels star Mike Trout took batting practice for the first time since he went on the injured list July 18 because of rib cage inflammation. The session came a day after Trout went through on-field running and throwing drills.

There remains no timetable for the return of the three-time AL MVP, with a minor league rehab assignment likely before he is back in the Angels’ lineup.

Angels: LHP Tucker Davidson (1-3, 7.91) will make his first home start for his new club after he was acquired from the Braves on Aug. 2.