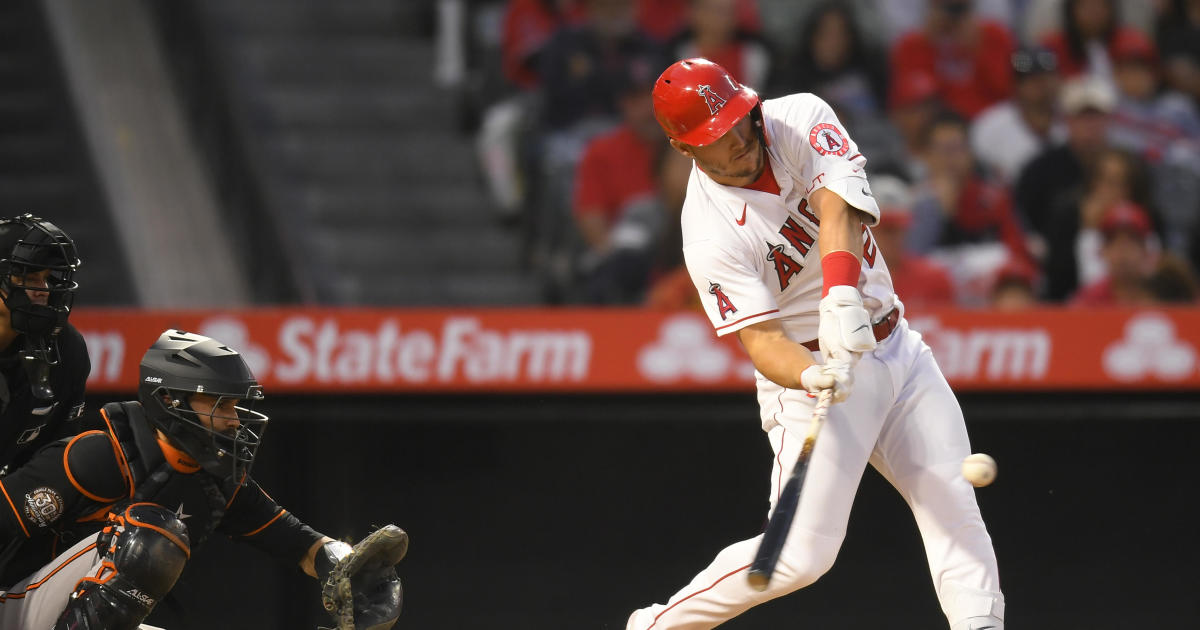 Ryan Mountcastle drove in three runs, including the go-ahead single in the seventh inning, and the Baltimore Orioles overcame two homers by Mike Trout to rally past the Los Angeles Angels 5-4 on Saturday night.

Baltimore has won two straight for the first time this season and will try for its first three-game sweep at Angel Stadium since 2010 on Sunday.

Trout set an Angels record with his 21st multi-homer game. Brandon Marsh also went deep with a two-run shot in the sixth to give the Halos a 4-2 lead.

It is the 11th time in Mountcastle’s brief big league career he has had three or more RBIs in a game.

Bryan Baker (1-0) got his first major league win and Jorge Lopez earned his fourth save of the season. Aaron Loup (0-1) took the loss.

The Orioles jumped out to a 2-0 lead in the first inning before Trout hit solo shots in the first and fifth off Spenser Watkins. It was Trout’s first multi-homer game since Aug. 10, 2020, against Oakland, and it moved him past Tim Salmon and Vladimir Guerrero for the franchise lead.

Trout brought the Angels within 2-1 when he drove Watkins’ fastball into the elevated stands in center field. He then tied it by connecting on a curveball to left. Trout missed the three-game series at Houston after being hit by a pitch on his left hand April 17 at Texas, but is 4 for 8 since returning.

The Orioles swiped three bags in the first, marking the first time they had done that in an inning since 2019, also against the Angels.

Mullins got aboard with a leadoff walk and stole second before Santander was hit by a pitch. Mullins stole third with one out before Mountcastle drove him in with a base hit to left-center. Santander advanced to third on Mountcastle’s hit and came home on Rougned Odor’s sacrifice fly to center.

Opponents have stolen 146 bases in 164 tries against Syndergaard in his career.

Syndergaard settled down after a rough first inning and retired nine straight batters from the second to the fifth. The right-hander allowed two runs on three hits and struck out six in 5 2/3 innings.

Angels: 2B David Fletcher (left hip strain) went 0 for 3 in a rehab game for Triple-A Salt Lake on Saturday.