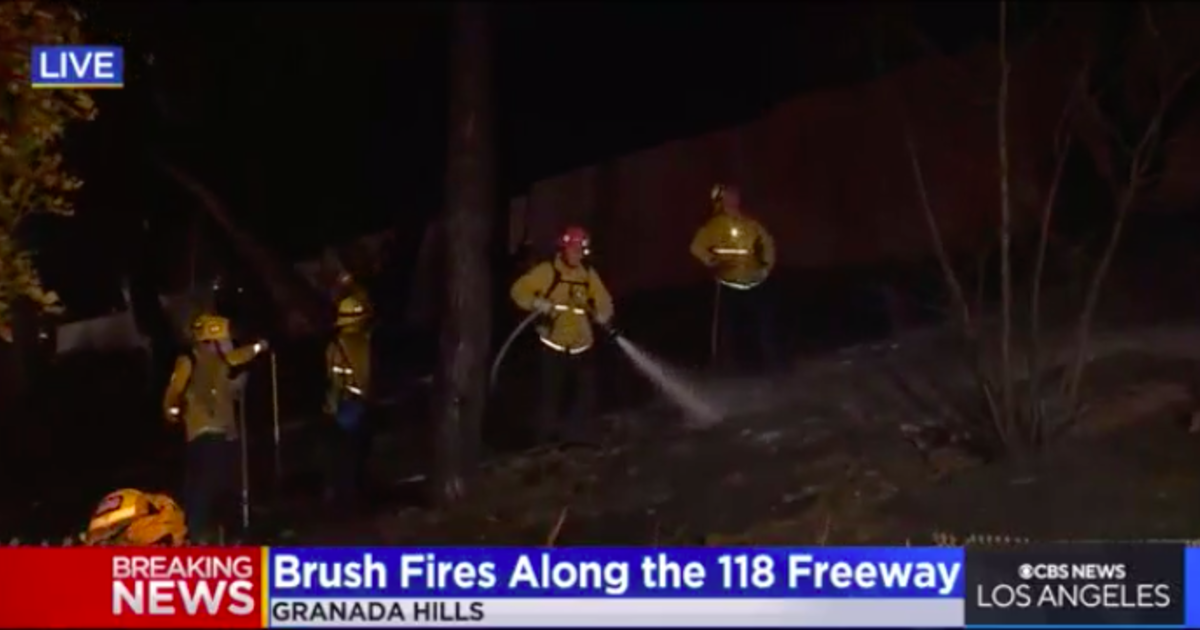 Firefighters were dispatched to two separate brush fires that erupted in Granda Hills and Porter Ranch Friday evening. After investigation, it was determined that the fires were connected after witnesses described multiple suspects lighting fireworks out of a van in the area.

In Porter Ranch, LAFD crews were able to contain the blaze to the one-quarter acre of brush burning after just an hour, with 74 LAFD firefighters on scene.

73 LAFD ground units were also dispatched to the vegetation burning in Granada Hills, which had engulfed just about an acre before they were able to extinguish the flames.

The flames were being fanned by 10 mile per hour winds in the area.

With Sky9 overhead, crews appeared to have contained both blazes just after 9:30 p.m.

Authorities later disclosed that they believed the separate fires to be connected and “incendiary in nature,” as detailed by LAFD spokesman Brian Humphrey incident report. “Eyewitnesses informed the California Highway Patrol that one or more persons were seen discharging fireworks from a black van.”

They asked anyone with additional information to contact them at 1-800-222-TIPS.