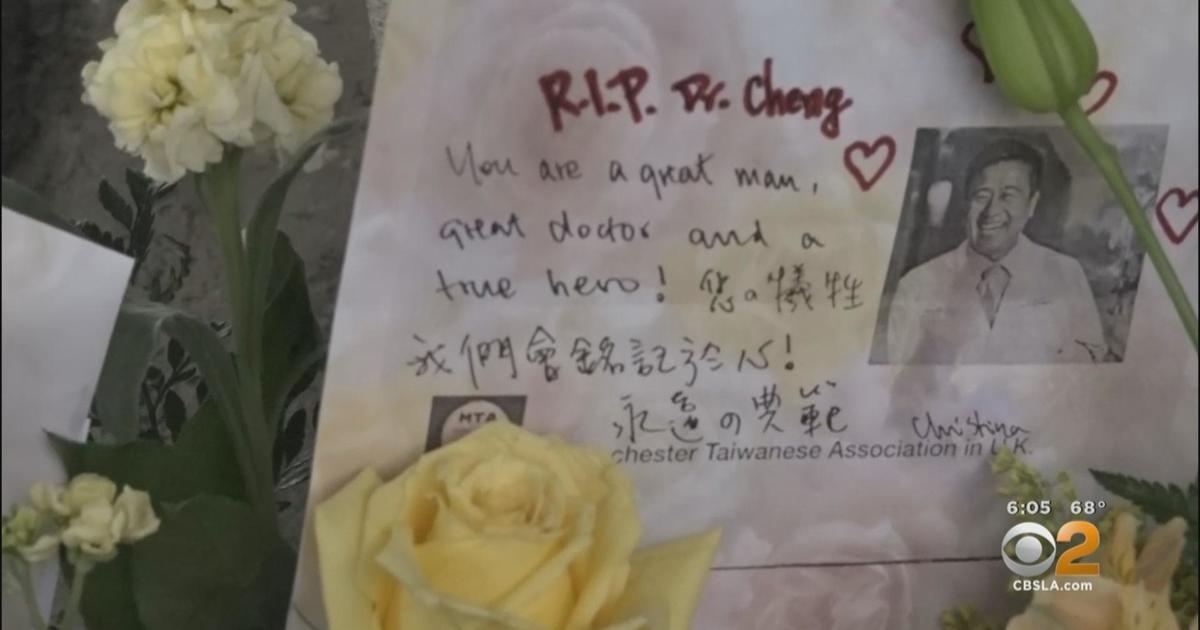 Parishioners of the Irvine Taiwanese Presbyterian Church gathered outside the Laguna Woods Church and prayed for five of their members who were shot last Sunday, one of whom, Dr. John Cheng died as he tried to stop the shooter.

“In my eyes, Dr. Cheng is more than a hero — he is a true disciple of Christ,” said Reverend Albany Lee.

Cheng is credited for saving countless lives after he tackled the alleged gunman. Church leaders from both Southern California and Taiwan announced they started a fundraiser for the children he now leaves behind.

Investigators said the gunman was fueled by politically motivated hatred of the Taiwanese community.

“There is no place in our community and our society for any type of hate,” said Congressman Young Kim as she condemned the violence. “We need to stand together.”

Some of those who witnessed the attended the service. The church said they are providing trauma support for those who need it and for as long as they need it.