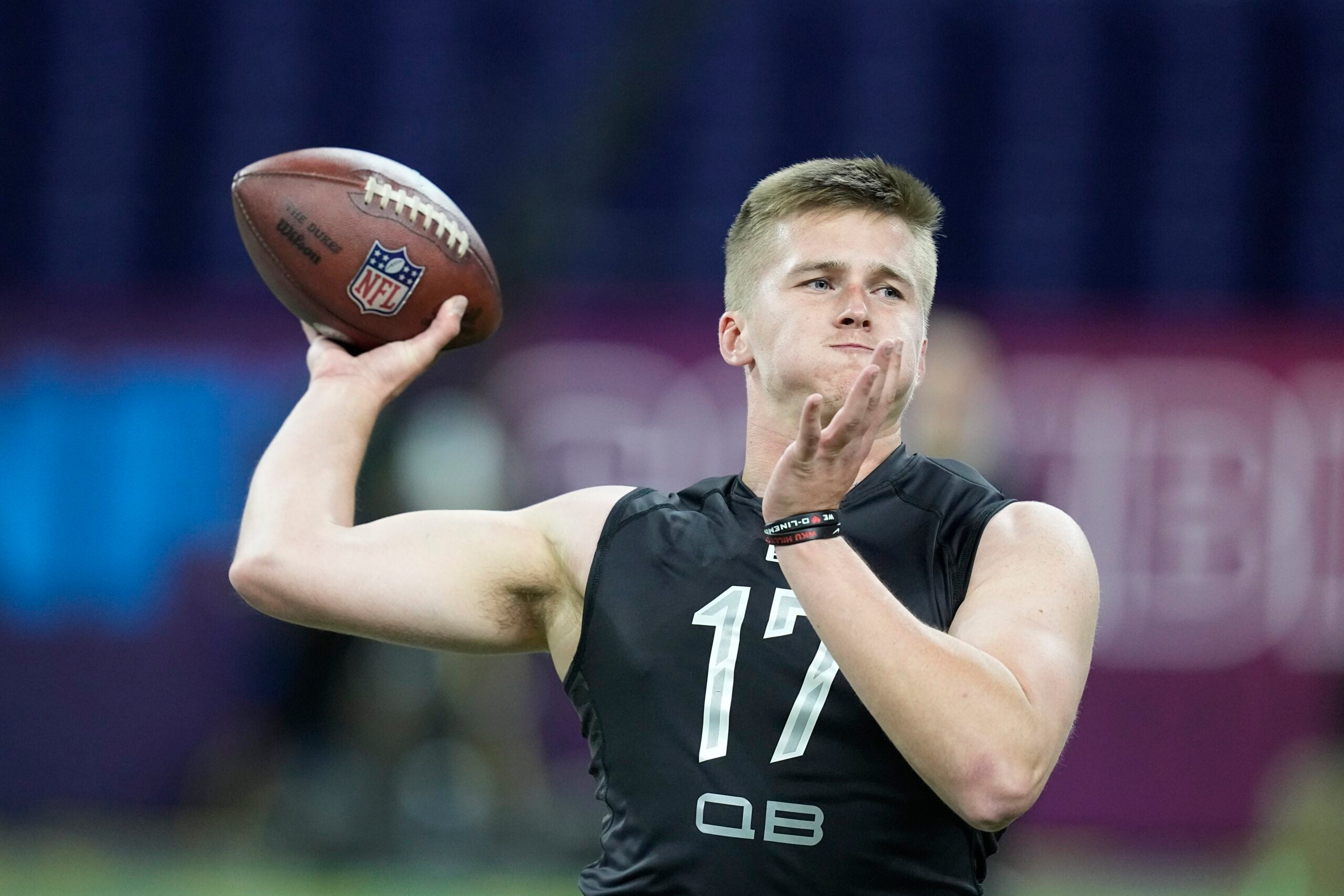 Former Western Kentucky quarterback Bailey Zappe probably won’t take many snaps in his first season with the Patriots after they grabbed him with a fourth-round pick, but Zappe’s college coach believes his former charge will push Patriots starter Mac Jones.

“(Zappe) is definitely every single day trying to take another man’s job — no matter who that guy is in front of him,” Helton told Henry McKenna. “I think it’s awesome that he has an opportunity to say: ‘OK, here’s an established starter in Mac Jones, who’s a very, very good player.’ I admire him as well. I think he’ll play for a long time and be very successful.

“But I think you’ve got two great men at the helm that can make each other better every single day and compete every single day. Competition brings out the best in everybody. I think they’ll be great for each other and it’ll be great for Bailey to not have that pressure out of the game where he needs to be a starter. … There’s no question in my mind that from Day 1, he’s going to push whoever is in front of him.”

Zappe earned praise from scouts for his footwork, accuracy, and high levels of production throughout his college career, although his arm strength and athleticism left something to be desired. Per McKenna, citing league sources, the Patriots were one of the teams most interested in Zappe and took him earlier than projections.

“Bailey’s what I call the great American quarterback. Off the field, he’s the kindest, nicest guy. ‘Yessir. No sir.’ On the field, he’s like what you want all the great ones to be. He’s cutthroat,” Helton told McKenna. “He’s highly competitive, extremely smart, always poised and he’s got a major ‘it factor’ about him.”

For his part, Zappe praised Mac Jones to reporters after he was selected.

“He’s a phenomenal quarterback,” Zappe said after he was picked last weekend. “He is a great QB, as [are] the rest of the QB’s in that room. … I am really excited about this opportunity.”