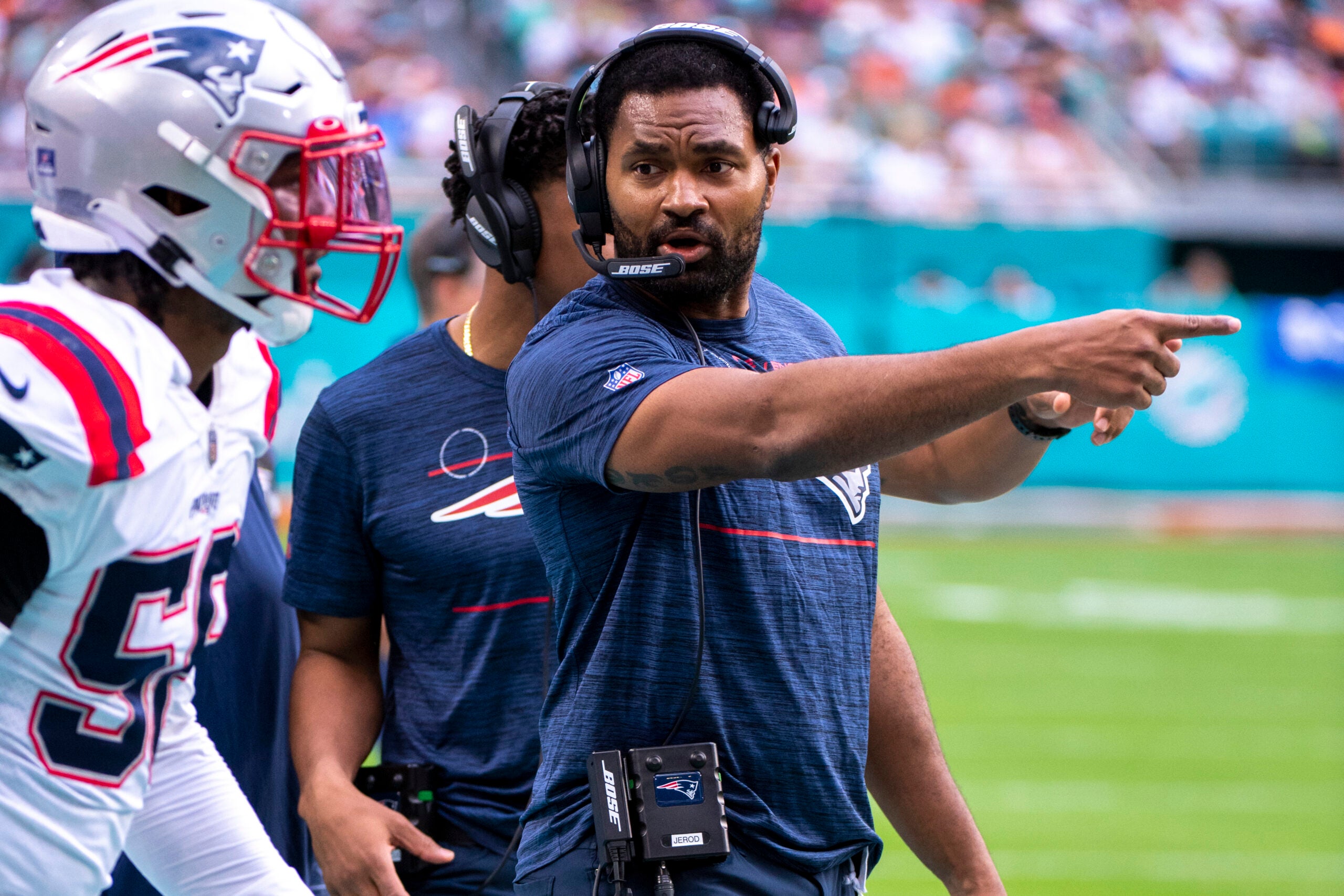 After the 2021 Patriots season ended, and attention turned to the team’s offseason priorities, inside linebackers coach Jerod Mayo acknowledged that upping the defense’s speed was a goal.

“We’re going to look to get faster, more explosive and put more playmakers on the field,” Mayo told 98.5 The Sports Hub’s “Zolak & Bertrand” in a February interview. “You always want to get faster, especially in today’s game. That’s at all spots.”

With the draft now done and most of the major free agents signed, some Patriots fans might be wondering about the Patriots’ linebacking group. Bill Belichick elected to not draft a linebacker with any of the team’s picks.

Looking at the current options New England has at the position group, Mayo remains optimistic, as he noted during a recent interview on the “Pats from the Past” podcast.

With 2021 New England linebackers Jamie Collins, Dont’a Hightower, and Kyle Van Noy — each of whom is past the age of 30 — all still unsigned as free agents, Mayo offered a potential clue as to what the Patriots’ approach might be.

“That is the exciting part: the unknown,” said Mayo when asked about the possibility of younger players emerging in 2022. “And we’re going to go into it as a unit, we’re gonna go into it together. And, I would say, even right now, not having some of those older guys in the room is beneficial for the younger guys because older guys would be bored out of their minds with some of the things we’re talking about.

“At the same time, it’s forcing young guys to really take that step forward,” Mayo added, “and really grow and develop without being hindered by any other guy’s experience.”

With 2021 draft picks Cameron McGrone and Ronnie Perkins — neither of whom played in their rookie seasons — set to potentially make more of an impact, Mayo could be hinting at the team’s strategy. Anfernee Jennings, Raekwon McMillan, Josh Uche, and Mack Wilson are all players who could potentially feature more prominently in the coming season as well.