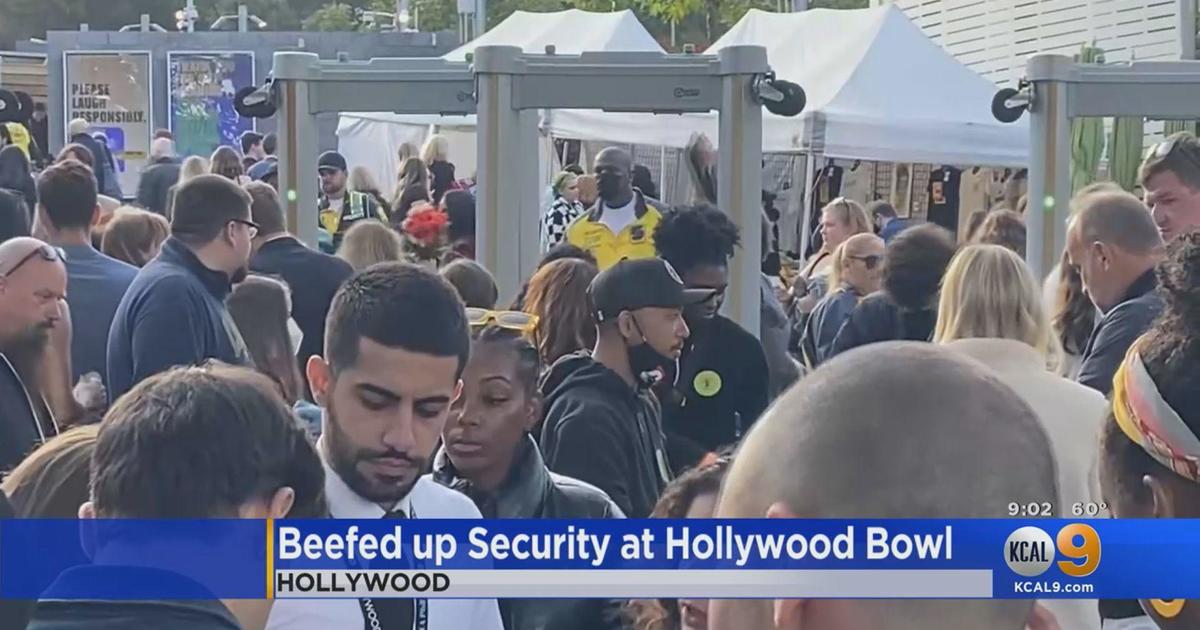 Hundreds of people visited the Hollywood Bowl Saturday night for the latest installment of the Netflix is a Joke comedy series.

After this week’s attack against comedian Dave Chappelle when a man rushed on stage with a replica gun, the Hollywood Bowl added some more members to its security team in hopes of preventing another on-stage attack.

There’s no question that people are concerned for the performers’ safety. On the other hand, patrons at the Bowl on Saturday told CBSLA Reporter Rick Montanez they felt good about their own safety.

“I mean in the past when I’ve experienced it security has been fine,” Zephyr Floresca said.

Some folks in attendance for comedian John Mulaney’s performance were surprised by the increase in security personnel.

“I guess someone determined enough. Unfortunately, they’re going to figure a way to get the thing in,” Paul Gagne said.

23-year-old Isaiah Lee stormed the stage on Tuesday night during Chappelle’s performance. He was carrying a replica gun with a retractable knife and attempted to tackle Chappelle.

The Los Angeles District Attorney did not press felony charges against Lee.

However, the Los Angeles City Attorney’s office did file a misdemeanor charge of battery, possession of a weapon with intent to assault, unauthorized access to the stage area during performance and commission of an act that delays the event or interferes with the performer.

Lee plead not guilty to those charges during a court appearance on Friday.

After the attack on Chappelle, comedians across Hollywood are demanding increased security at all venues – and fans certainly agree with them.

“I think they’re doing what they can. Once in a while people get passed. I don’t know why there wasn’t more security down towards the stage,” one patron told Montanez. “I don’t see any reason why they wouldn’t up security after that… considering the fact.”

Prior to the on-stage attack, guests attending the Hollywood Bowl were subject to security checks with metal detectors and bag checks.

The LA Phil said more security is on site to assist with those bag checks, along with adding other unspecified security measures.

“I guess then, maybe they should update security. But generally speaking it’s kind of like an outlier of an issue,” Ben Cook said.