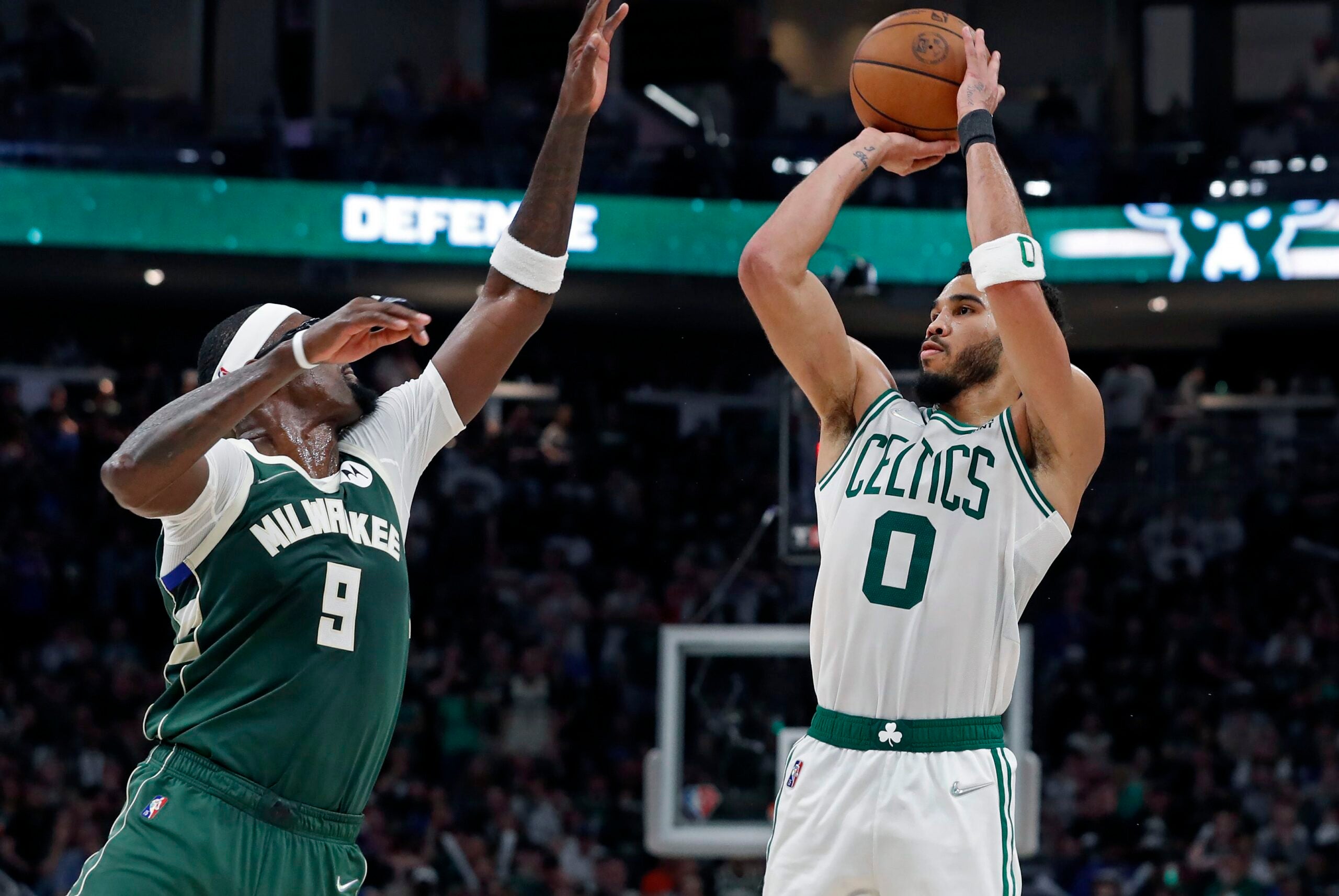 The Celtics’ Game 6 win over the Bucks was one for the ages with two superstars trading key buckets in crunch time.

Jayson Tatum outscored Giannis Antetokounmpo, 46-44, in order to keep Boston’s season alive and force a Game 7. It was also an historic performance for arguably the league’s most historic franchise. Tatum’s 46 points in Friday’s game tied the second-most ever scored by a Celtic in an elimination game, with Sam Jones’s 47-point performance against Cincinnati in Game 7 of the 1963 Eastern Division Final the only one to top it.

Tatum was also the first Celtic to score 40 or more points in an elimination game since 2008, when Paul Pierce scored 41 points to lift the Celtics over the Cavaliers in Game 7 of the Eastern Conference Semifinal.

As Pierce went off that day, so did LeBron James, who scored 45 points in a losing effort. Watching Friday’s Game 6, the Celtic great couldn’t help but think of the past.

“This game give me that pp lbj game 7 vibe,” Pierce wrote in a tweet.

Outside of scoring 40-plus points, there are some similarities between the star performances in Friday’s Game 6 and the Game 7 from 2008. Both Pierce and Tatum did much of their scoring on jump shots. Pierce went 13-of-23 from the field, scoring all but two of his baskets from outside of the paint as he went 4-for-6 from 3-point range. Tatum made some more shots in the paint, with seven of his 17 makes coming from there. But his jump shots were a killer for the Bucks as he went 9-for-19 on shots outside of the paint, including 7-for-15 from behind the arc.

On the flip side, Antetokounmpo had a similar scoring approach as James did in 2008. In that Game 7, James relied on his inside scoring as he struggled from behind the arc (3-of-11), making 11 2-pointers as he went 14-of-29 from the field. Meanwhile, Antetokounmpo went 14-of-30 in Friday’s game, making all but two of his shots from within the arc. Both players were aggressive and got to the free-throw line a lot in their respective performances, too. James went 14-for-19 from the line in the 2008 game while Antetokounmpo 14-for-15 from the stripe.

Tatum didn’t get to the line as much as James, Antetokounmpo, or Pierce did in their respective performances. He went 5-for-7 from the free-throw line in Friday’s game while Pierce went 11-for-12 from the line in 2008’s Game 7.

Tatum lifted his game up a notch in the fourth on Friday, scoring 16 points on 5-of-7, providing the Celtics a steady hand as the Bucks made a run behind Antetoukounmpo’s 12 fourth-quarter points. Pierce, on the other hand, was slowed down in the fourth quarter of Game 7 in 2008, shooting just twice in the quarter to score six points.

The Celtics might need one more performance like that from their star player in order to get past the Bucks. In the three games Boston’s won this series, Tatum’s scored at least 29 points, showing that the Celtics need big performances from their big players in order to win Game 7.