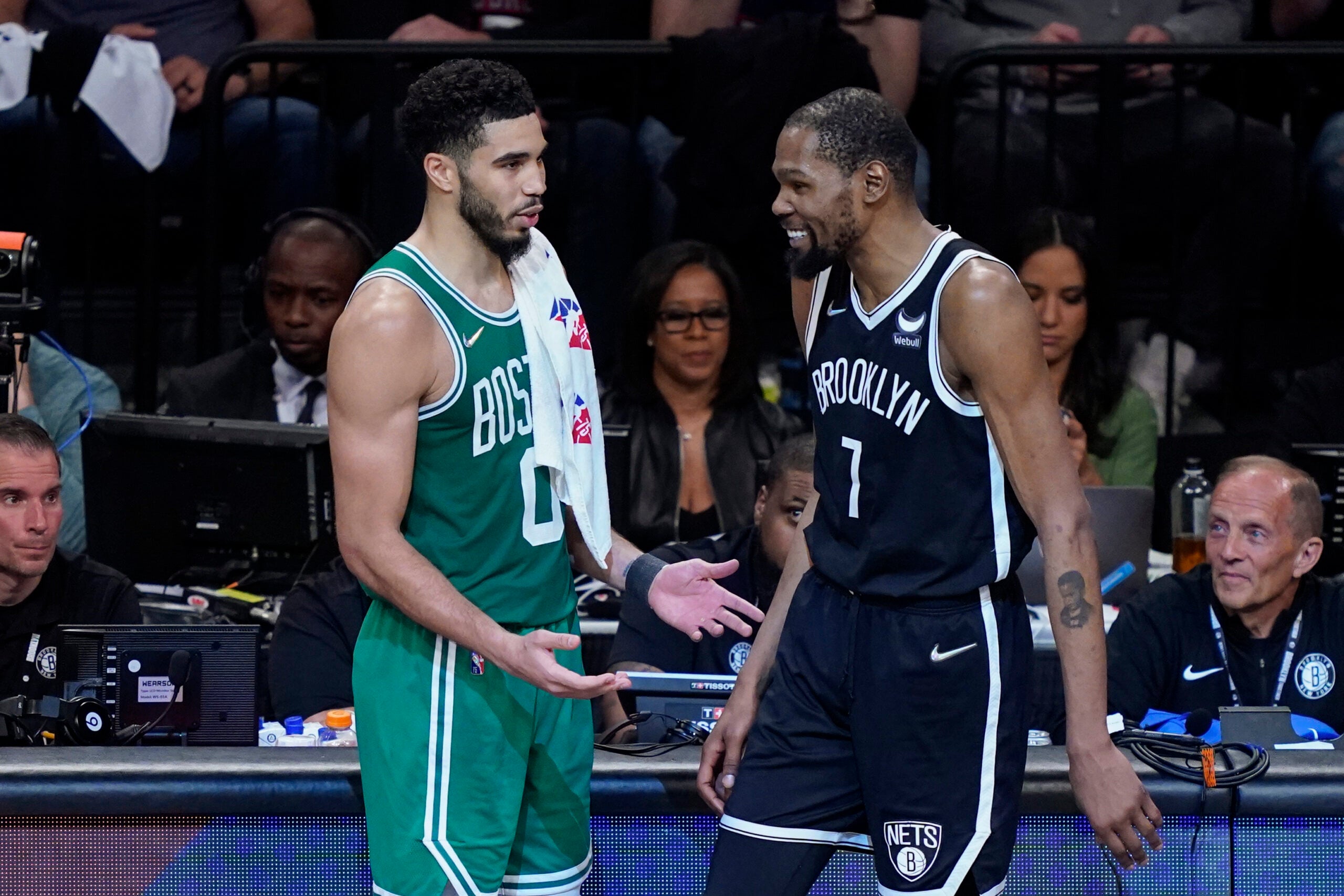 The future is now, at least that’s what one Celtic great believes.

Moments after the Celtics took down the Nets to go up 3-0 in their first-round series on Saturday night, Paul Pierce made a big claim about Jayson Tatum and Kevin Durant.

“I think [Jayson] Tatum [may be] surpassing Kevin Durant right before our eyes in the NBA hierarchy,” Pierce wrote in a tweet.

On the surface, saying that Tatum is better than someone who’s won an MVP and two NBA Finals MVPs certainly seems questionable. But the Celtics’ young star has made a case with how he’s played so far in the first-round series.

Tatum scored a game-high 39 points in Game 3, giving him a series average of 29.7 points per game. But he also had six assists, five rebounds, and six steals in Saturday’s win, giving him series averages of eight assists, five rebounds, and 2.3 steals per game. On the flip side, Durant has struggled. He’s scoring just 22 points per game (down from his 29.4 per game average over his postseason career) and is shooting just 36.5 percent from the field while committing 5.7 turnovers per game.

And Tatum is a big reason for Durant’s offensive woes. He’s guarded Durant for 119 possessions so far in the series, with Durant scoring just 10 points on 2-of-15 shooting (0-for-4 from deep). Tatum’s also blocked two of Durant’s jump shots and has forced him to commit 10 turnovers to just two assists.

So, it’s tough to deny that Tatum’s outplaying Durant so far in the series. Whether he’s the better player between him and Durant could become one of the more interesting debates among NBA fans over the next several months.