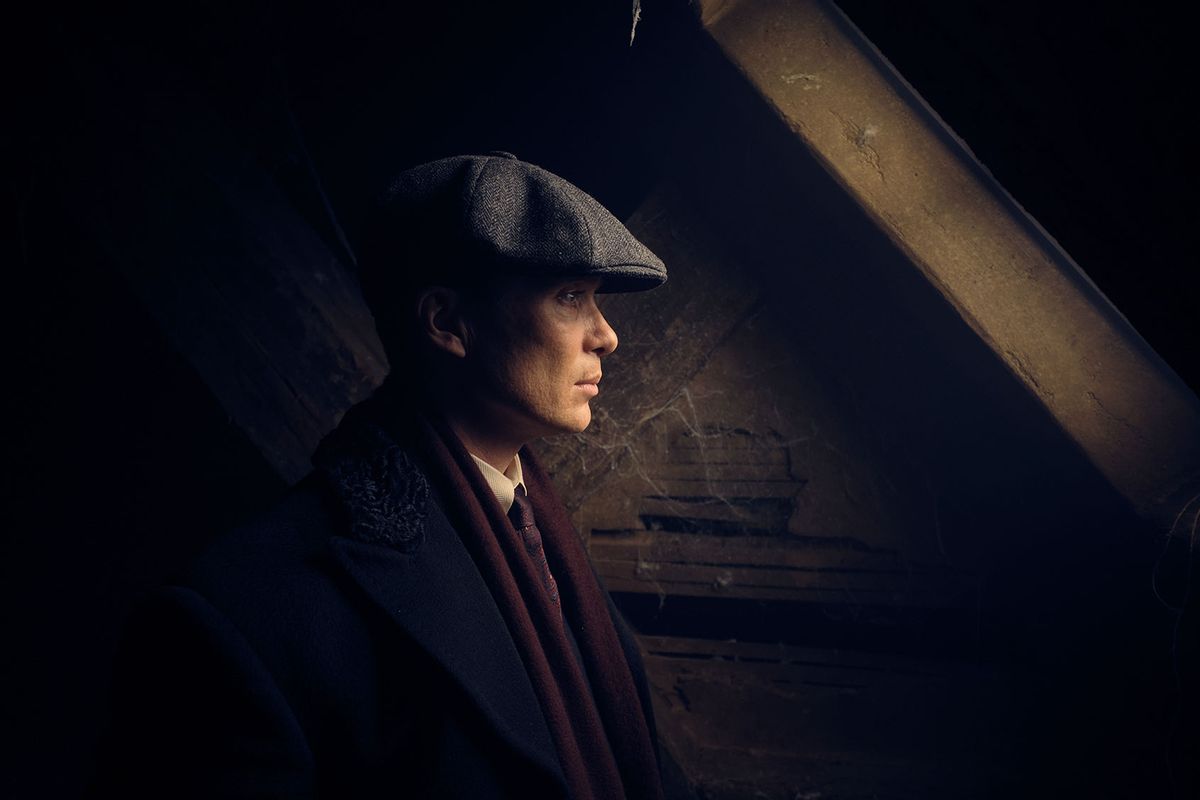 Some characters stick in your brain. From Heathcliff to T’Challa, Anne Shirley to Jack Harkness, some fictional people seem so real and so compelling, losing them is an actual loss. The end of the fiction is the end of a life you’ve grown to know and love.

Everyone loves Tommy Shelby, and can you blame them? The leader of the Peaky Blinders, a powerful gang in Britain after World War I, in the show of the same name, Tommy is coolly efficient but sensitive. In touch with his Romani heritage and culture, a present father, Tommy is more progressive than all of his rowdy brothers, including when it comes to women, all of whom seem to fall for him (nearly everyone he meets does).

As a criminal boss, he maintains a reign of trouble without being terrible or a monster. He has a heart. He isn’t cruel. When children run after he kills their father, Tommy doesn’t chase. His family looks to him as a leader, and his word and name are respected and feared above all others.

But in the current and final season of “Peaky Blinders,” Tommy stops drinking. And everyone gets really mad.

Season six of “Peaky Blinders,” which aired first on BBC One and now, finally, has graced the shores of Netflix, follows a family gang in Birmingham. After returning home a war hero (and with plenty of invisible scars from the trauma), Tommy (the magnificent Cillian Murphy) has built an empire. But he wants more. He wants what many crime bosses before him have wanted: to go straight, build a legitimate business. In seasons past, he has done just that, while of course maintaining the other, darker side of his line of work (gambling, fixing races, running liquor and drugs) and in the process, secured a very nice lifestyle for his family and a position in government for himself.

Being a hero, though, Tommy still wants more. He wants to change the world, to stem the rising tide of fascism (good luck) and goes undercover to do so. This places him and his family in increasing danger, and widens his circle to include a lot of evil men and women.

None of them take kindly to the way he starts the new season (his own family doesn’t take kindly to it, either): sober. Tommy Shelby, heir and instigator to a fortune founded in part by whiskey, is no longer drinking. Whiskey or anything alcoholic at all.

“Peaky Blinders” has extremes when it comes to portrayals of addiction.

Tommy gave up drinking before the events of the newest season, which shows him early on in a dusky bar, speaking perfect French and ordering water. (There aren’t a lot of non-alcoholic options in post-WWI.) The order does not go over well for the drunken patrons who mistakenly identify him as a businessman taking away their smuggling livelihood after Prohibition has ended. A brawl ensures. Tommy says calmly and forcefully: “I no longer drink alcohol of any kind.”

He’s been sober for a while, four years in fact, since the conclusion of last season and the violent death of his Aunt Polly, a guiding light of the gang and of the show (the great actor who played Polly, Helen McCrory, died of breast cancer in 2021 at the age of only 52). Later, he says the most recent person he killed was himself, murdering the person he was when he drank.

“Since I forswore alcohol, I’ve become a calmer and more peaceful person,” Tommy says, directly after shutting down the brawl by pulling out his gun and among other things, expertly shooting a pigeon in mid-air. This has to be one of my favorite moments in a show of dozens of favorite moments. As never before with onscreen animal death, I believed I cheered. 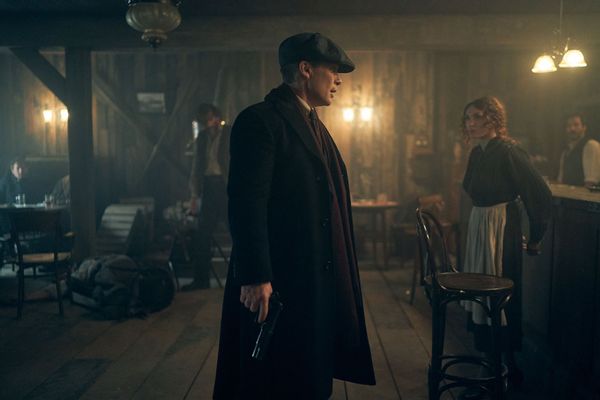 Peaky Blinders (Netflix/Matt Squire)Tommy always had a reserve of inner calm. It’s one of the aspects that defines his character, making him different from just another gangster. He’s a gangster with a moral compass, a center often in turmoil about the violence he witnessed and participated in during the war, and about the violence he participates in now.

Tommy is mostly the same, in other words – and even sober, an excellent shot. But no one else thinks so. From colleagues to his sister Ada (Sophie Rundle) to his second wife, long-suffering, former sex worker Lizzie (Natasha O’Keeffe), people believe Tommy has changed for the worse (in Tommy’s defense, Lizzie has never been the happiest with him, and in Lizzie’s defense, Tommy has always shut her out). They don’t like the new person he’s become in recovery.

They don’t want a sober brother. At least not when that brother is Tommy.

Sometimes when a person is not drinking, others around them feel uncomfortable in part because it might shine a light on their own drinking and force them to reexamine their behavior. But “Peaky Blinders” has extremes when it comes to portrayals of addiction. Tommy’s older brother, Arthur (the incredible Paul Anderson), loyal and lovable with his distinctive floppy haircut and mustache, and limbs as spindly as the Purple Pieman, struggles mightily with a powerful addiction to opium.

Always an intense, emotional character, given to his own extremes — bouts of rage and of tenderness, who once found religion after marrying a pious woman he still loves deeply — addiction has ravaged Arthur. And his family is furious about it, putting the tough in tough love when it comes to him and his drug suppliers: writing the name of Arthur Shelby (his family name: a threat of violence) with lipstick on Arthur’s chest when he passes out, threatening to bomb the den where Arthur buys, begs for or steals his drugs. The family is intolerant of his addiction, though they are in the business of addiction.

A sober man is not easy for a drinking man to trust.

And yet the Shelbys and their associates don’t want the opposite either. They don’t want a sober brother. At least not when that brother is Tommy. Drinking and drugs are the family business, the family bread and butter — running them, supplying them. And what does it mean when the head of the business won’t taste his own product? What does it say about trust, and the easy way of men? How much of that ease is lubricated with booze?

Tommy’s sobriety might also give him an advantage over his shady business associates. A sober man doesn’t let his guard down. A sober man keeps his wits about him. A sober man is not easy for a drinking man to trust.

Abstaining from smoking, another near-constant vice of the show, also comes up as the beloved character of Jewish gang-leader Alfie Solomons (an unrecognizable Tom Hardy) deals with cancer. He’s given up smoking and does not want any tobacco lit in his presence. Tommy, of course, is never one to follow the rules, even the rules of his good friend, even rules similar to his own new moral code, and lights up. 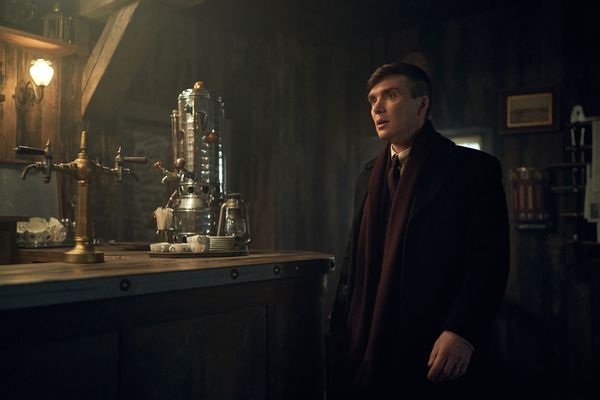 Peaky Blinders (Netflix/Matt Squire)Multiple times early in the new season, Tommy’s sobriety is pressured, threatened even, in tense challenges where his business — and his very life — depend on whether or not he slings back a full-to-the-brim glass. He passes every time. That emotional center? It’s also made of steel.

Control has always been something Tommy struggles to maintain: control of his business, of family members, and of the past. War trauma threatens to overtake him, his flashbacks sometimes seeming more real than the actual world. Not drinking is a way to stay in control of at least one part of his life.

The vehemence with which those around Tommy react to his not drinking speaks volumes as to how they view masculinity.

He doesn’t have that control over the way his family behaves (Arthur, his children; and Lizzie, who threatens to leave him this season). He doesn’t even have control of his own body, as he begins to deal with seizures. But refusing a glass? Refusing glass after glass? Tommy can do that.

But Tommy’s sobriety is threatened, threatened in the worst way as the most awful thing that can ever happen to a person happens to him and to Lizzie. Tommy doesn’t pass the test this time. He turns back to drinking: first, wine in a devastating scene with Arthur and a cask where slow wine drips are filmed like rivulets of blood. Then, he turns once more to the harder stuff.

Having Tommy sober for the majority of this season, however (the final season, though thankfully a planned movie is apparently in the works), is not a wasted choice. It’s a key part of his journey and a defining time for a character who has always been strong.

The vehemence with which those around Tommy react to his not drinking also speaks volumes as to how they view masculinity. A man, the head of the family, drinks. A man drinks a lot (and yet, is not weakened by his addiction like Arthur). A man cheats. He cheats without remorse — a real man does everything, everything he wants, including acts of violence, without remorse and without being affected by it.