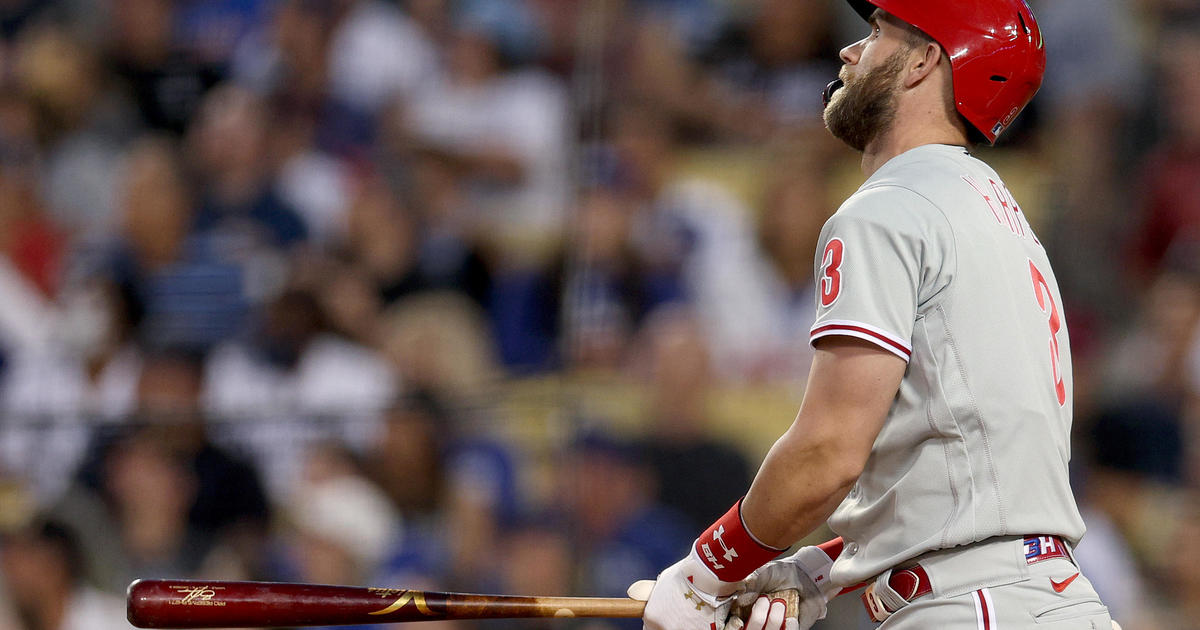 The Philadelphia Phillies have scored 29 runs in the first three legs of their four game series against the Dodgers, using an onslaught of homers against a normally stout Los Angeles pitching staff.

Bryce Harper alone has homered in all three games, tallying seven extra base hits and eight RBIs, including five runs scored. He’s 8-for-12 in that span.

The Phillies jumped on Dodgers starter Julio Urias right out of the gate using a three-run blast off the bat of Jean Segura to get the ball rolling.

Mookie Betts answered with a solo shot in the bottom of the inning, a 374-foot shot to right field on just the fifth pitch of the game from Phillies starter Ranger Suarez.

Harper’s third home run of the series came in the bottom of the third when Urias floated a curveball over the heart of the plate, which the reigning National League MVP clobbered 420 feet – the Phillies second three-run homer of the game.

They followed up in the next frame with a pair of solo home runs from Kyle Schwarber (412 feet) and Rhys Hoskins (381 feet). Urias allowed all four home runs and all eight runs that Philadelphia scored, saddling him with the loss. He’s now 2-3 with a 3.00 ERA.

The Dodgers also tacked on their own two-run inning in the bottom half of the fourth on a double off the bat of Cody Bellinger.

In hopes of evading the four-game sweep and their fifth-straight loss, the Dodgers will sent the recently recalled Michael Grove to the mound in his first ever MLB appearance.

He’ll matchup against Phillies workhorse Aaron Nola (1-4, 3.83 ERA) at 1:10 p.m. before they host the Arizona Diamondbacks in the final four games of their eight-game home stand.